Any ways to speed up sync?

Yesterday I fucked up my config, database and everything and I ended up syncing everything from scratch. 24h laters I am like 60% synced. I had the idea to increase my max peer count significantly because the pc can handle it. However, in another thread I read that a full sync will be about 2 days.

Does anyone understand what the bottleneck is and if there are any ways to speed up syncing if one does not want to download the database for a 3rd party source?

You are already pretty quick. I doubt you can make much difference

From what i gather the slowdown is local as you are validating every block in the chain. I think this is single core performance.

But there is also just a bit of a speed limit inherent to the system, it’s not like you can sync in a few hours if you have a core i9 or something.

60% after 24 hours is pretty good, but it might slow down as you hit areas with more transactions

You more than half way there. Once done syncing shut down chia and copy your Chia files to a USB drive for CYA later when you need them.

Don’t forget to make backups from time to time so you don’t need to start from zero if something happens.

Actually I do not think it is single core performance because not a single core is ever at 100%. 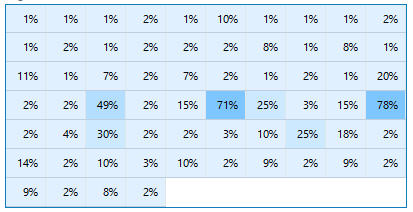 SSD should also not be limiting, RAM can also not be a bottleneck, Internet bandwidth either… Hence, I would be really curious to figure out why the process takes so long even if you run a mini datacenter.

Once in a while I let my harvesters sync up and when down shut down the gui and start the harvester only again from CLI. This way I may a couple of machines with DB’s.

Does anyone understand what the bottleneck is and if there are any ways to speed up syncing if one does not want to download the database for a 3rd party source?

If on Flexpool can startup flexfarmer while waiting for the node to sync and keep farming away during sync.

There will be a lot faster syncing in a few months but I can’t say more as to why.

Welcome to the future of farming.

It’s synced now. Gosh, that was some hard birth. Never took me so long to sync a blockchain before. LOL.

10 years ago, that also was no issue.