What’s the best pcie 4.0 nvme to pick up now days for plotting. I recently built out a new gaming rig and wanted to pick up a couple nvme drives. One to run Debian, and one as a designated plotting drive. Which drives are the best bang for your buck now days?

I used firecuda, prob not best bang for your buck, and iirc there was little spec difference between gen 3 and 4 but they plotted like champs and are still good to plot on, fsr exceeding their tbw " allowance ".

I have been using Samsung’s 2TB 980 Pro NVMe drives for over 2½ years, nearly non-stop, and they have not slowed down.

I am using them in two boxes, both equipped with Ryzen 9 5950x CPUs.
These 980 Pro drives are fast enough to keep my CPUs pinned (according to Task Manager) nearly 100% of the time, via madmax.

I just looked around on various sites for pricing. There were some good sale prices, but all are out of stock. For example, Best Buy has them listed for $170.99. But who knows what their price will be when they re-stock (or if they will re-stock, because there is a 990 Pro coming out).

There are some eBay auctions, if you want to go that route.
There are a couple of “Buy It Now” offers, for $199.99 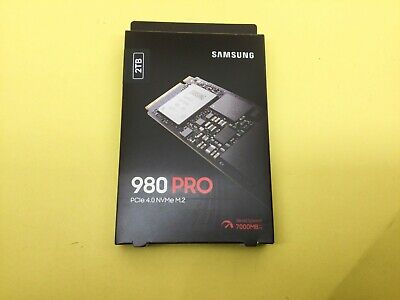 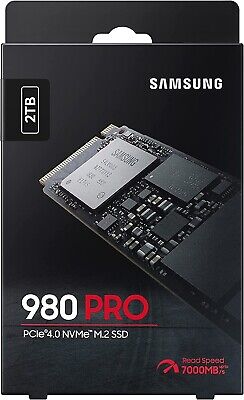 $199.99 is the lowest price I could find, for new drives – or you could bid on other auctions for new drives. There are also some open box and some used drives, that cost less.

I have not used the FireCuda drives that @Bones is recommending. But I have heard that they are also very good. So you have two good options so far.

I mean price isn’t THAT large of a factor. More concerned with speed. Don’t wanna pay through the nose though. I have an Intel 4510 that I might put in it and just use that for plotting. Was just wondering what the best sustained write consumer nvme out there is. I can’t afford to buy an Intel pcie 4.0 drive.

Specs are easily viewable on tinternet, im not doing the work for you though.

Hard to call a best…
Im personally very happy with the samsungs in terms of price/known brand.
Aso have some WD Black and sandisk which im happy with.

To be honest, I think they mostly come from the same factory and there isnt much of a differense right now except the brand managing them.
Whats best is also a matter of preference. As or right now, Id rather have a reliable brand whech I can get service/replacement/warranty such a samsung rather than, say innovation-it (never heard it)

a note on that side:
Specs are not always reliable as manufacturers tend to swap chips during production.
I’d look for a large cash and important with pcie 4: Good cooling (!) not a copper plate on top but something with actual cooling fins

Now you have to polish the copper bars every two weeks 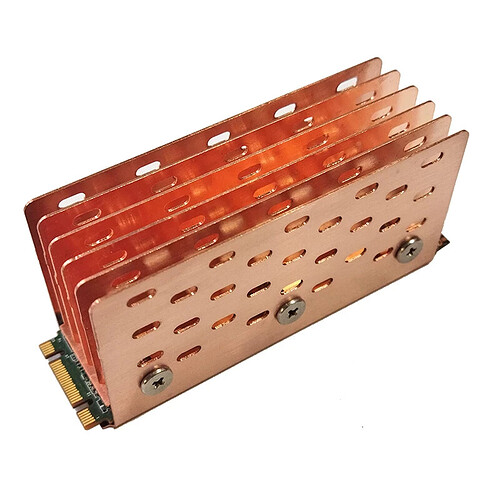 That beeing said, they are Phenomenal. I use them in every build of mine. The screwing part is tidious but once its done its done

A word of caution concerning any SSD… they rarely come with suitable heat dissipation, no matter what they look like, with some exceptions, that typically cost too much. In fact , Heat Sinks are just that…they absorb heat. But there is always a limit to their heat absorbing abilities. What is really required, is air flow to remove heat from the sink. Or you could simply start with a fan on your SSD and forgo the (pretty but not very efficient) heat sink and save some $$$.

In any case, plotting required something or you’ll overheat your SSD, never a positive thing to do!

My personal single SSD favorite, as it removes heat from the case. You might add a small flat heat sink as well with tiny fins underneath the shroud>

Really man? Appreciate you not being a dick.

I know. Manufacturer specs are bullshit. It’s why I asked here. Just like Samsungs EvoPlus line. They swapped controllers on the drives half way through their production life. Kinda left a bad taste for me. I might just bite the bullet and order a p5500.

Which size drive would you look at?

Some PCI-E SSDs that are built to withstand plotting abuse (we all love Samsung, however there are others I own and still use because they just do the work)> 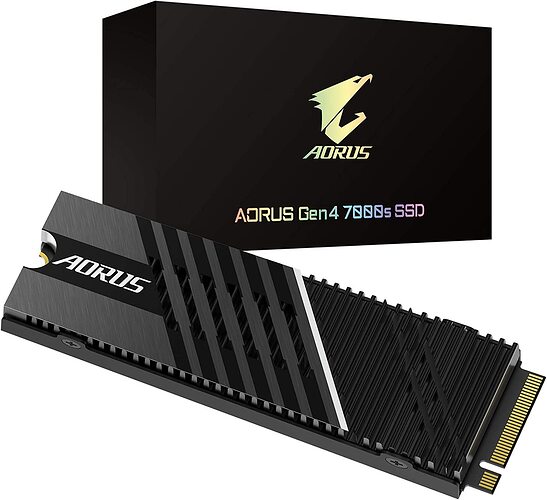 …and even thou this one is PCI-E 3.0, talk about longevity, this one has it with a rated Endurance of 6,820 TBW I got mine for a couple hundred on EBay. 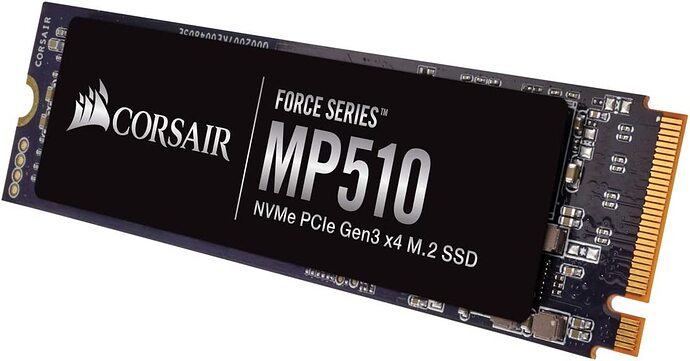 The CORSAIR Force MP510 NVMe PCIe Gen3 x4 M.2 SSD provides extreme storage performance with up to 3,480MB/sec sequential read, and up to 3,000MB/s sequential write, for blazing fast read, write and response times. With the performance to accelerate...

Thats exactly what I mean by these small cooler plates. Tey might absorb some heat for short workloads but they do not offer notable surface area to cool the thing on sustained work.

These “coolers” are usually removable (warranty might void)
Can get either with a fan or a fanless one with large fins and a lot of space in between. Even in summer under full load, my drives were under 40 *c

I might have a little 20mm fan that I can put blowing right on it.

I see the 3.84Tb drives on eBay for around $500. Might just throw one of those on PayPal’s pay in 4 plan. Could also use it to run any VMs that I might need.

Really man? Appreciate you not being a dick.

" The law of mirroring is evident when you claim to ‘know’ other people very well. However, in reality, what you’re doing is projecting your own reality onto them. When this situation occurs, you’re superimposing your projected vision of yourself on the physical image of that person captured by your senses.4 Dec 2021 "

I’m gonna have to agree here, no snark or dunking intended. It’s a big ask to have strangers (us) do 25 minutes of digging through websites and PDFs for specs we honestly don’t have need for ourselves. We can only share what experiences we have and what we already know. Some good brands have been listed already - youtube reviews or manufacturer websites should be the next step for a deeper dive should anyone want to know more.

I would also add that quoting stuff from some self-help click bite pages is not helping either.

Saying that, we have more and more request for help in the form “shit happened, please help.” On several occasions, when help was provided the OP was snapping back at those that wasted their time to help such entitled shithead.

Maybe instead of guessing what happened, the first post should be to reply with a link to “how to get support - read first” post - How to Get Support - READ FIRST. It is really nauseating repeatedly asking people to provide screenshots or error logs, or going over what was already posted in a different thread few hours before.

Basically, replying with that “get support” article removes potential misunderstanding of what intentions of that person are.