hello to all,
As everyone probably knows, coinbase announced that it would list chia.

I think coinbase lost its credibility after deleting all Russian citizens’ money, but I still think it could be a good step for chia.
is there any news about this? Will coinbase keep its promise?

Another centralized exchange - don’t care anymore about those. We didn’t need them so far and we surely don’t need them in the future,

Or gained credibility. Depends if your pro murder and rape.

They only blocked the accounts of the oligarchs not all Russians and they’ll be unblocked as soon as they stop murdering people.

“Coinbase blocks over 25,000 addresses related to Russian individuals or entities we believe to be engaging in illicit activity, many of which we have identified through our own proactive investigations," Mr Grewal wrote.”

Nah, there isn’t a reason to list XCH, it’d only help the people awaiting a coinbase listing to sell and bail because they didn’t want to exchange hop. If there was a huge buy side demand the conversation could be different.

And we’re going to have to get used to this, coins aren’t a Libertarian win anymore. The GME/Robinhood clowns, stablecoins, and memecoins have cemented this stuff in speculative investment land - it’s all going to be regulated, subject to regional sanctions, and taxed.

And the articles are all over the place for those 25,000 accounts. Some are suggesting sanctions (and evasion) the reason, some are suggesting Ukraine has nothing (or everything) to do with it, and some suggesting illicit activity detected. Given the track record for governments and propaganda (on all sides), I’ll bet we’ve been fed some junk information along the way.

Where is this announcement? I haven’t seen it anywhere.

As everyone probably knows, coinbase announced that it would list chia.

Only current search result for this “news” is this post.

Don’t you think that being on an exchange is helpful? Especially if it’s one you can get cash out of directly?

I think our community had some rapid education in the last months. I can only speak for myself but seeing what I read here I think I can state that most people now understand why a chia AMA has 2.300 views and some shitty coin pump and dump launch has 23k or 230k views. The whole industry seem to be run by centralized exchanges that “invest” in a centralized pseudo crypto ecosystem - just look how deep FTX was in bed with Solana etc. time to leave centralized crypto behind and focus on decentralized (something chia team has done - probably even more so than telling us) . Bram and Gene know obviously more than they think we could handle

anyway yes centralized exchanges fulfill a certain function even now - easy way to get your hands on coins (even if the risk for just 10min is high). But they are becoming irrelevant and that’s a good thing.

Let’s see how the value of chia to BTC will be one month from here.

Just as a side note I think offer files are insane - imagine we would change to a barter trading society (just as mental gymnastics) - we could already have a fully functioning trading system based just on offer files.

I am only interested in concrete developments and use cases now and chia is making big strides forward. I mean check the latest blog posts. Chia talks about their custody solution and one week later FTX custody gets “hacked”. It’s ridiculous what the so called crypto market pretends to be.

We will see if stupid money stays in central-land (I bet it will stay there for a few more major rugpulls) but it doesent matter anymore.

Btw I was very surprised to learn that Cardano/ADA is now switching to Haskell to get safety in execution. One more point in that bram has been proven right (utilizing the intrinsic properties of a functional language) they use Haskell but that is irrelevant - it’s the functional aspect that matters.

Regarding coin value I also don’t care anymore. If it falls way lower … good then I will dollar cost average down. If not also good.

Chia is in a tight spot. Between crazy Bitcoin maxis (which will have a rude awakening soon in my opinion) and the pump and dump retail clowns. But it’s the right place to be if you are serious about making a difference. If it would be easy everybody would do it.

Btw Chia may not arrive soon on Coinbase but it arrives on crypto.com 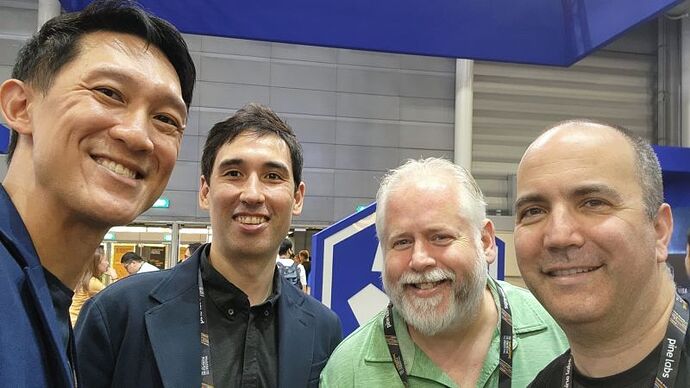 As we continue to work as a community to recentre and regain our footing, I wanted to quickly spotlight some of the faces behind buidling the future of...

Don’t you think that being on an exchange is helpful?

Especially if it’s one you can get cash out of directly?

Have you checked if its possible on any exchanges xch is on?

I recently, for the first time tried to do the multiple exchange thing, to sell XCH, and seemed to have failed miserably.

I opened a kucoin account, and was able to successfully transfer 3.5 XCH to it. Good so far. Then to get USD for it, I decided to transfer to my already existing coinbase account. In order to do that you have to exchange the XCH for a coin that’s supported on both exchanges. And on Kucoin the XCH trading pairs are limited. Don’t know if that’s different on other exchanges. Out of what they listed as possible to use, USDT seemed like a good idea.

I’ve done other crypto transactions before, so I’m aware that making very very very sure you’ve got all the right wallet addresses correct is extremely important. I initiated the USDT transfer from Kucoin to coinbase. It reports on kucoin that the transaction was successful, but the transfer never showed up on my coinbase account. I’ve reached out to support on both Kucoin and coinbase, but neither seem interested at all in helping me. They are both worse than completely useless.

At this point it’s not even about getting the money back. If I did something wrong in my transaction, I’d chalk it up to a $108 lesson in how crypto works. But apparently no one can tell me what happened.

Ok, well this isnt to hard to figure out what happened here.

Pls post your usdt coinbase deposit address here.
Pls post your txid that will be listed on your withdrawal confirmation / page on kucoin.

I feel your pain. I chose gate.io to binance using bitcoin on bsc to make the tranfer.
On one it was Bsc bep 20 and the other some similar characters so in the end i tried it and sent the cash god knows where.
I was lucky i think.

Hi Bones, thanks for the assist with this.

But here’s a dumb question, and I think I may have just figured out my own problem. The coinbase receive address changes after every transaction correct? That’s not the current USDT receive address on my coinbase account. And since I don’t think I’ve had any successful USDT transactions in my coinbase account, the number shouldn’t be different than it was a week ago? Should it?

… the number shouldn’t be different than it was a week ago? Should it?

My understanding with exchanges is one requests the deposit address and then makes the transaction happen. I don’t know what the window is but I’ve always been told these addresses are for single use and get cycled (reused or retired) since it’s not actually a wallet you own on the exchange. Yikes, that’s some bad luck for sure. I’m always curious where these coins end up, whether the exchange just sits on them, some rando got a nice tip, or they just vanish into the ether.

Deposit addresses are not single use generally in exchanges.
Hardware wallets and some crypto wallets do use single addresses.

Do you ever push cpins to an exchange?
Hss your deposit address there ever changed?

They sometimes do, but generally that is not the case in my experience.

I’m always curious where these coins end up, whether the exchange just sits on them, some rando got a nice tip, or they just vanish into the ether.

If the exchange still has the pvt key in a wallet ( most likely yes ) then they certainly have access to the coins.

Was it usdt erc20 you tried to withdraw from kucoin? Or another variant?

If it was any variant other than erc20 your coins will be on that chain and never have made it to coinbase.

So pls check which type of usdt you tried to withdraw.
Should be available to see on kucoin.

I’m absolutely incredulous. Not that I did something wrong, that unfortunately has happened a few other times in my life previously. No, what I’m incredulous about is, why did it complete successfully? I mean, you’d think that the transaction would have failed if the receiving end didn’t support the type of token you were sending. But nope, success… Sigh… Where the f**k did it succeed in going to?

Now I guess I need to re-evaluate how I might get actual cash for my XCH in the future. At the time it seemed like everything I was doing was reasonable…