Hi, I’m going to set up a pool for Chia, and choosing a name has become a nightmare for me …

I just know, what are the names start with the chia word They are not allowed, but the name I have chosen for my pool is: xchiapool

Now tell me if I can use this name or not

Its not suggested and several pools with chia at the end were asked to change it. I only know of one pool thats approved to use chia in its name.

PS: The base client they’ve released is not meant for use. It has several limitations and pools using it for more than a few people will likely crash. You need to have some coding experience to upgrade it or make your own.

Why not asking them directly? You can DM efishcent over #pools in keybase

The only pool I know of like that that is approved is aChia Pool and Chia really frowned upon that.

Yes, I will do this very quickly with the most professional mode possible

I wouldn’t put Chia in the name. This way you can have other kinds of pools if you want.

Though I think an argument can be made that when you use chia you are referring to the coin/network which the chia company doesn’t own. If they say they do… then F this coin.

Also, XCH should be fair game.

Chia is a plant, they used the leaf as their logo… Claiming the intellectual property rights of an annoying seed found in my bread is ridiculous!

Chia is a plant, they used the leaf as their logo… Claiming the intellectual property rights of an annoying seed found in my bread is ridiculous!

Apple is a fruit, they used the apple as their logo… Claiming the intellectual property rights of an annoying fruit found in my pie is ridiculous!

If I started an online store selling cables for Apple devices and called it AppleCableStop.com, there is absolutely nothing that Apple Inc. can do to stop me. In fact, they wouldn’t do anything because it would would be ridiculous. Period.

nothing that Apple Inc. can do to stop me. In fact, they wouldn’t do anything

“Can do nothing” and “would do nothing” are very different concepts. I think you’re right – Apple would do nothing – because their trademark is well established and going after a little guy would accomplish little. But they absolutely could go after you.

Chia the company is in its early stages and must protect its trademark. If independent actors start using the trademark as a generic term and Chia does nothing to stop it, the company risks losing its trademark. See Zipper and Thermos for previous examples of where this has happened.

In fact, we don’t even have to look beyond my original example. Apple’s App Store used to be trademarked, but they lost it because “App Store” became a generic term in our lexicon to refer to any company’s store that sells apps online. 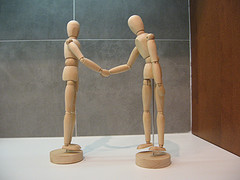 Our Long National Nightmare Is Over: Apple, Amazon Halt War Over “App Store”...

More than two years ago, Apple launched a lawsuit against Amazon, alleging that the online retailer was violating Apple’s trademark by selling smartphone and tablet apps under via its Appstor…

In fact, you could probably create a Chia company (or some company with Chia in the name) that sells cars or TVs or whatever, you just can’t create a company that would be easily confused with the cryptocurrency company that owns the trademark.

You know what my favourite part of Bitcoin is?
The distinct absence of ego from the creator(s)/developer(s). Create something for the greater good of the people not for the accolades… Like I said before, their American is showing.

Protect CHIA the company? From what? Their 21 million pre-farmed coins? Please.
Also, their trademark application is a) still pending and b) only actually covers their ‘CHIALISP’ and ‘CHIA’ image/textography and c) musical instruments? This is as good as when Walmart tried to Trademark the yellow smiley face… Don’t even get me started on their Patent application - here, let me take a technology that already exists, change what we call a protocol or two then give it to a lawyer and… ugh…

I’m on board with supporting the network and contributing to it’s growth but, these seeds need some more time to germinate… Hopefully they don’t get waterlogged though…

Instead of spending all of this time putting nonsensical documents together that barely hold any value on an international stage, maybe they should work on the security of the wallets and/or work on the consensus model because, moving forward, no one is going to use the currency if the wallets are not secure (no to mention the days they can take to sync before you can make a transaction) and if every farmer walks away because there are no rewards to be shared.

Maybe I’ll launch a cryptocurrency and call it Salvia, they might try to sue me though

Undoubtedly, one of the coolest aspects of Bitcoin is the mystery of Satoshi, who gifted the world with this technology and didn’t profit from it. That fact alone might keep Bitcoin on top forever. So, what about Chia?

You bring up perfectly valid points regarding the pre-farm, wallets, etc, and there are plenty of threads on this website to discuss those issues. But this was meant to be a thread about Chia’s trademark, so I think we should stick to that.

As for the argument that instead of doing X, Chia should do Y, it is entirely possible that they are doing both right now. Lawyers and software developers probably don’t have a lot of knowledge overlap to begin with.

That said, I’m not a lawyer and we’ve reached the edge of my knowledge regarding trademarking. Can you translate Chia into another language (Salvia) and use that? I don’t know, but probably if you ask someone on the Keybase forum, they could give you an answer. Efishcent seems like a good guy to start with.

My honest opinion is that if there is a pool or organization or farmer involved in Chia they should support Chia and the dev team. Arguing/distracting them is not a good way to support Chia.

Why bother being here if you don’t support them? They’ve made it very clear they’d prefer you don’t use Chia in your name and if you want to please apply beforehand for the free license. I don’t get why you’d want to create fights that may hurt Chia. Especially when your customers benefit from Chia so your basically hurting your customers.

Seriously its just a name plus having “Chia Pool” is boring. Good on the pools that have not used “Chia” in their names.

You know what my favourite part of Bitcoin is?
The distinct absence of ego from the creator(s)/developer(s). Create something for the greater good of the people not for the accolades…

You have a good and valid point but…
The Chia guys are tying to run their blockchain like a corporate business which, in my opinion, defeats the purpose of blockchain.

Create it, great. Develop it, great. Try to control it, not so great.
Blockchain is not a conventional product or widget

Also, the amount of energy they seem to be putting into the ‘protection of Chia the company’ makes me fear that their end goal is not to contribute to/better the crypto ecosystem but to try to control and profit from it, in the most American way… Patents and Trademarks.

I mean, who creates the largest P2P network to share copyrighted files then tries to patent blockchain?
Jokers, that’s who

Thanks for your answer, yes it is true, in fact this is what they said and in the end not only me but others will not care. I feel that they have not yet fully understood the meaning of blockchain

And if they want to proceed with the same procedure, they will eventually weaken and fail the Chia project

I think that the most unfortunate part of it all is that, with proof of space I feel like I am locked to the network. We’ve all made investments to support (and to be real, profit) from the network but unlike my GPU mines, I can’t flip from one coin to another with the figurative ‘flip of a switch’

We all have to continue to plot and hold our breath that the coin doesn’t fail due to developer ego.

A key difference I’m finding (personal emotion) is that I have committed to Chia, more so than say Ethereum. While Proof of Space is definitely lighter on the electricity consumption, I feel trapped. I’ve dedicated and invested in Chia and there is no contingency coin. At least no without deleting my plots.