Recently Bram and Gene got into it with some BTC maxis on Twitter and I think it was very interesting, psychologically speaking, for people labelling themselves as “technology disruptors” to get locked into a platform. So I wrote about it.

Chia vs Bitcoin – a Twitter story - The Chia Plot

One of the most frustrating things about being part of the Chia community is watching people opine on Twitter about the benefits of Bitcoin, while handwaving away the energy cost. Or even worse, calling the energy use a feature instead of a bug. It...

Of course BTC and ETH dweebs are going to shit talk Chia, they’re idiots. Just like the Windows vs Mac wars, the Windows hubris is just laughable to anyone who knows the tech. I’ve been making creative content on Macs for over 30 years with almost zero downtime, all the while my Windows friends recounted their horror stories. I just built my daughter a gaming PC, ahh the lulz when I installed Windows and saw the GUI is still as clunky and unintuitive as it ever was. Windows is still around though, so there’s that.

ETH is already collapsing under the weight of its hubris, and you only have to look at Kazakhstan to see the writing’s on the wall for BTC, the planet just can’t afford it. Much of the instability in the crypto market over the last year was triggered by failing tech.

I’m still kicking myself for not getting in on BTC at the start; I suspect in a few years time Chia early adoption will ease that pain a bit. Nobody needs to be number one, number two is just fine, so my partner keeps reminding me.

Windows is still around though, so there’s that.

lmao… still around? Yea, “still around” as in 75% of the market is Windows, with Mac around 15%… Considering Mac and Windows were released within a year of each other (Mac released a year before Windows), Windows isn’t “still around”, they dominate.

But… Microsoft has cunning plans.

Microsoft has been awarded a U.S. patent for software it says can help users develop blockchain applications by making it easier and more efficient to create crypto tokens for different distributed ledgers.

Why Microsoft bought Bethesda for $7.5 billion?

A game-based virtual world where all coins are connected.

Nah, as a Mac developer for no reason you have just shown standard insecurities. 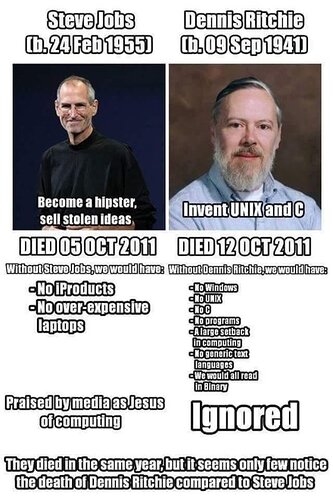 Is macOS UNIX? (and What Does That Mean?)

Is macOS UNIX or just Unix? Or is it Unix-like? We answer the never-ending debate and explain standards like POSIX and the SUS along the way.

Again, you have missed the point.

No mate, I think you’re missing the point, as I said, I’m a creative, not a dev. I haven’t been working with Macs for 30 years because of some Jobs/Woz fanboyism, I’ve used them because they’re the best tool for the job, kinda like Chia, hence my point. Unix wasn’t an option for creative professionals until OS X. Whilst I respect the work of all great developers, I don’t go around posting juvenile ‘my dev God is better than yours’ memes, but please, do continue with your fanboyism, it’s totally on topic.

I’ve used them because they’re the best tool for the job, kinda like Chia,

Kinda of topic, but you’ve got me curious.
What job is chia the best tool for? In your opinion of course.

What job is chia the best tool for? In your opinion of course.

Burning a hole in my pocket

We are being told how green chia is. I did try to run some numbers and have to say that I don’t quite understand how to interpret those, or what I have missed. Also, we can argue about some of those numbers, but I just used them as a ballpark figure. Here it is:

Based on that, 18TB drives burn about 40% Wh of that AMD card. However, when running 8TB drives, the energy cost is really close. I would assume that ASIC miners are more efficient than video cards but didn’t really check on that.

I guess, different stats can be run to get the number of transactions per Watt on the network, and that may be where Chia is really greener. That would be how green Chia is from the application point of view, not really running the network.

I would assume that ASIC miners are more efficient than video cards but didn’t really check on that.

I think we should take into account that ETH network is overheated at this moment (very high gas fees because people have to bid high for the space in blockchain) high price of ETH also helps (but I have to admit that current ETH price drop ~25% cuts daily earnings by ~40% ). At this moment Chia is empty blockchain. No one has to bid high to get space in Chia blockchain. Lack of interesting use cases (I mean projects) for ordinary people cause low attention and no inflow of new capital. Sometimes I think that Chia is a victim of its initial hype. It would be much healtier if we start from 20USD/XCH (or even better 2USD/XCH) and allow for slow network growth. But instead of this we had big hype and in consequence very high difficulty, low token price considering network size (many examples here with ROI ~5years) but on the other hand we can also say that XCH is overpriced (~100USD for token that doesn’t have any interesting use case…). Bitcoin started as electronic cash system but now serves rather as a store of value but it started 12 years ago and has big adventage of beeing first project of this kind. Chia has to be something more than only store of value it has to be better ETH in DEFI etc. I hope that over time we will see some interesting projects using Chia blockchain.

Have you read that paper?

I have scanned it but not studied it in depth. I know it was written by JM who usually does excellent work.

When someone is saying that soon we will use NVMes to store PBs of plots and for the other folks HDs will have chia specific F/W, I guess I will stick with my results that I have right now. I will give it a go tomorrow (seen it before, but didn’t bother to really read it).

Also, so far, I think there were two chia related changed in NVMes world. One was some plotting NVMe that with an exorbitant price, the other was change to warranty that included a new clause that using such NVMe for plotting voids such warranty. One company (don’t remember which, but was mentioned on this forum) wanted to make those changes retroactive.

I have just scanned that article right now, and I don’t think that it addresses chia vs. GPU/ASIC based bitcoins greenness. It basically is just an explanation how drives work, and how much power they draw potentially under the best conditions (e.g., Seagate claims 5W idle, but WD around 7-8W, where r/w is higher for Seagate). Also, people are trying to say that SSDs will take over HDs already for years. And it is true for our boot drives (rather small drives), but when more storage is needed (e.g., games, videos) no one is talking about SSDs anymore.

Kind of to reflect on my point above is that my assumption is that any bitcoin is mostly run by huge whales running ASIC farms (high cost but efficient miners), and also plenty of small miners running a handful of GPUs. Potentially, those small miners are a big part in the process, and if not them the whole thing would crumble. Therefore, what we see is that as long as GPU mining is borderline possible (e.g., that AMD 6600 tx making ~$2-3/day), those small miners are happy. Therefore, I would assume that this model would also translate to chia farmers. However, currently we need around 60TB of drives to make that ~$3/day, where those drives cost about 2x more than the GPU equivalent. So, using this model, I don’t see chia being that much greener.

As I also said, potentially the advantage is in the power cost per transaction, but I don’t know how to bite that.