Due to V1 db overload i had to reinstall and create a new db.
It is already syncing since last week and not even at 50%.
I tried downloading a db, but that also didn’t work for me.

With such a bloated and slow syncing DB it is hard to run it on older systems.
I thought the initial intention was to let chia use obsolete hardware.

I am using latest version under windows 10 on a dedicated i5 system with 8 GB RAM.

I run chia on an HP z420 from 9 years ago. Granted it is a little beefier than consumer hardware of the same era with quad channel memory and lots of PCIE lanes, but it’s still quite old. When it comes to the database syncing slowly, this is usually an indication that your storage device is not performing well, or that you are not connected to enough quality peers. If your database is on a hard drive, I believe chia has reached a point where hard drives can no longer maintain sync.

If the DB is on a decent SSD, then you should monitor your peer connections and see how many are at a height ahead of you and how much data you are receiving from them. You can try increasing your target_outbound_peer_count in the config.yaml to increase how many peers your node tries to connect to, use a regional introducer from http://chiasync.network/ instead of the default introducer.chia.net, and before restarting chia delete the peer database located at .chia/mainnet/db (either peer_tables.sqlite or peers.dat).

When you reinstalled, did you delete all the folders and just add your 24 word key? What type of boot disk and size do you have?

You can always take a look at this site.

it was on my ssd boot drive, but i have moved it to a spinning disc. (removed some plots)
I boot from SSD but have the DB itself on a spinning disc. I upgraded and pointed to a new db folder.

Perhaps the issue is the SSD, but how big will the db become? Will i need a 2tb SSD?

From my observations, the v2 DB is currently around 60GB and is growing at about 700-800MB per day during the dust storm. It really does need to be on an SSD at this point.

Would it be possible to just add a SSD via USB? Would that be fast enough? I have a mini PC it has no inner expansion slots.

That DB is two months behind, it doesn’t really solve my issue.

Yes, that would be sufficient. It’s not really the raw transfer speed that’s important, it’s the IOPs that are needed for database operations. Even a “low end” SSD will be capable of100x more IOPs than a spinning hard drive.

Nobody knows how big its going to get, but I have Samsun 500GB EVO on all my machines at this time to boot from and hold CHIA with 370GB free, all depends on what just you have on your drive. 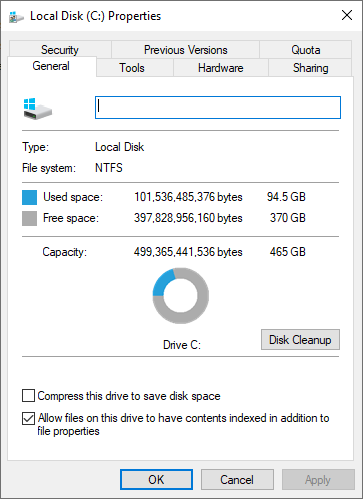 I understand but its better than starting from scratch, right? What size is your boot drive? If it were me I would just clone it onto a larger SSD boot disk.

Same happened to me. Recommendation, do not plot in the same computer and prioritize the chia process.

2nd recommendation: Do a periodic backup of the DB.

I’d be very wary about downloading a copy of the dB.

I use a raspberry pi 4 with SSD, and have no issues syncing.

However when upgrading the dB, I done that on a faster windows machine,band then copied it to the pi

I’d be very wary about downloading a copy of the dB.

And the reasons are??? Anything technical, other than what you believe in?

When it comes to the database syncing slowly, this is usually an indication that your storage device is not performing well, or that you are not connected to enough quality peers

There is no such thing as quality peers. Sure, there are some nodes that are also trying to get up to speed, but very small percentage, so that is never an issue. On the other hand, if you see a bunch of those low quality peers that usually (always) means that your own node cannot keep up, not really the other way around.

As far as “connected to enough peers,” during syncing from scratch an average block download speed is around 1-2Mbps, what means that just 1 peer is good enough (e.g., a good model for your local backup node to not pollute the network). That will be enough to have any node be happy, as it will choke either on the drive side (db handling), or on the number of cores (how many blocks it can crunch in parallel).

You didn’t write what i5 you have, but most likely any such CPU will be good enough. 8 GB RAM is good enough, but if you could add more, that would help with disk caching. If your box is old, potentially that also means that your SSD may not be that good / fast. You also didn’t write whether you have USB2 or USB3. Although, the best bet would be to get a new Samsung 870, either EVO or Pro. If you go with 512GB, that will last for 3+ years, long enough to see whether Chia will go anywhere and either kill that box, or sell one XCH and buy something better.

For time being, your best bet is to download v2 db from either of those two sources that other people provided. You may also want to drop your number of peers to 10 or 20, as that helps older i5 procs handle dust storms.

Other than you are exposing yourself to unnecessary risk(from a corrupted dB, deliberate or otherwise)

Just safer to sync yourself from the network