Does anyone get 980 pro worn out by Chia plotting

Still going strong and plotting daily. No performance issues yet. 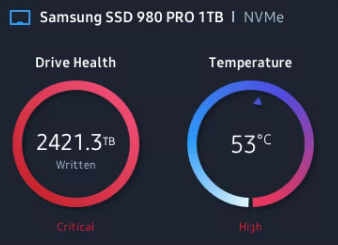 Sweet. Hope I get that much mileage.

what app r u guys using? I have one I could check.

what app r u guys using 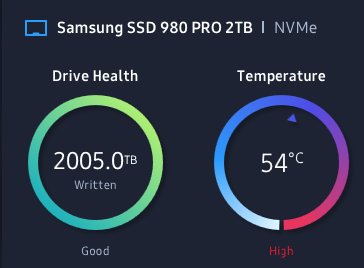 Prove it with real numbers. Would love to see it.

I am using a single 512GB 980 Pro drive… they are so cheap I just run it down alongside a ramdisk and will throw it away when it’s dead… haven’t had one die yet though.

In this interview they explain that ssd can wear out beyond rated TBW, but it will “leak” charge from NAND cells, causing unreliable long term storage when SSD is off. This is absolutely irrelevant for plotting use case, because tmp data only lives for a few minutes/hours transient.

We are not using them for long term storage, so we should be fine for long time. If you power off the system, you may lose some data from a worn off nvme drive as I understand.

Here’s the latest update - Over 4,000 TB written and no noticeable performance degradation or issues at all. Samsung Magician definitely thinks it is “critical” but all disk checks and scans show healthy. This drive has been working 24/7 since my last post above over 3 months ago! 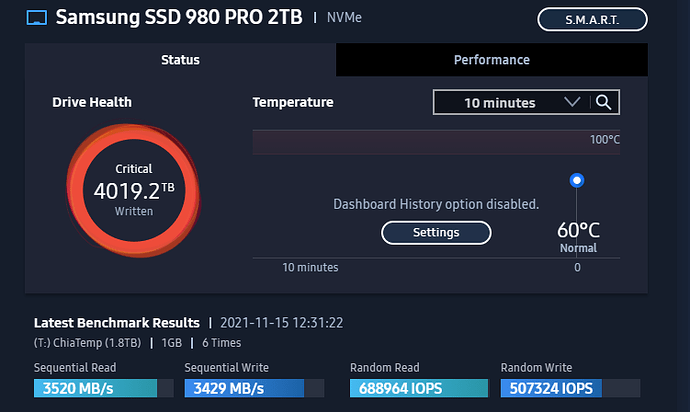 I read this and so I switched off my plotter for 5 days (the most I could stand) and it was fine. I am pb past write limits 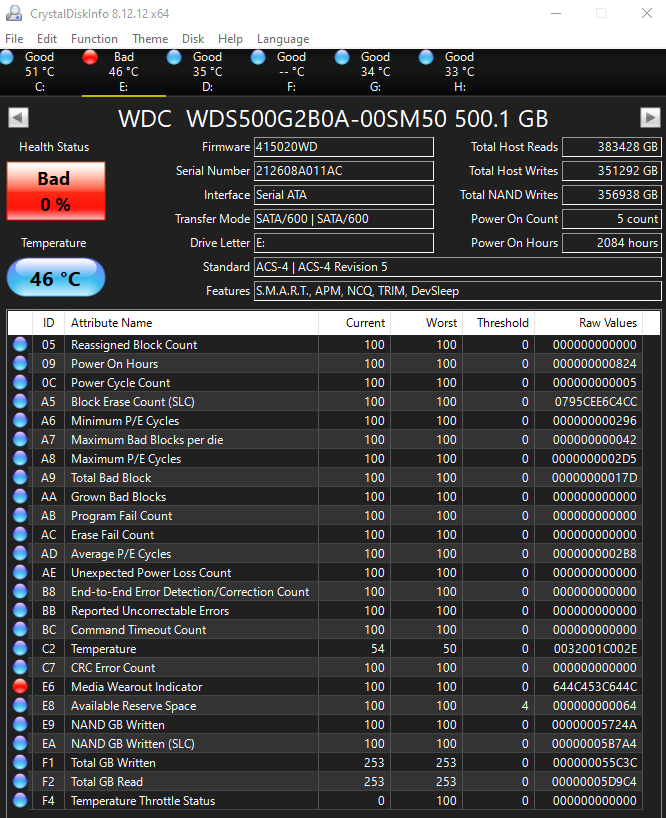