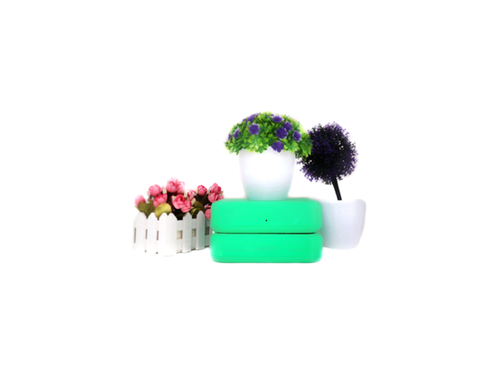 Pre-order for limited batch 2. Lite Hub will be delievered in 8-12 weeks. Pro will become avaliable in the coming months. Introducing the Evergreen Hub, the simplest way to farm XCH. For $150 you get- 8 USB ports (up to 100 HDDs)- Ethernet or WiFi-...

I’m looking into buying one of these to use when I have finished plotting and can get rid of my monster plotter.

Anybody have any feedback? Anybody used one of these. The Chia team are aware of this product and its creator (Dylan Rose) : see positive feedback on Keybase.

Never used or seen before, but just looks like a pi or similar in a casing.

I’d personally be looking at those options to evaluate if its a good buy cost wise.

Under the hood though not much else I think.
H/W + OS (Linux?) + Chia client + chialisp dev environment pre-installed.

5W… that’s nice.
Would be interesting to see how it holds up during ‘dust storm’ events.

Syncless farming? _ What’s that about?

“FlexFarmer aims to make farming Chia as easy as crypto mining through rewriting and optimizing the entire farming process in Golang replacing the standard harvester+farmer. It connects farmers to our hosted nodes over a blockchain bridge gateway which runs on powerful infrastructure hosted by us.”

The hosted nodes are synced with the blockchain, the farmers just farm. Lots of discussion on this forum about pro’s and con’s of such a solution.

Interesting.
Reasonable pricing, plug and play, plus software, that eliminates chias sync-issues.
I dont need it, but I would recommend it to noobs.

But with pis currently out of stock,
I wouldnt expect many of these boys hit the market soon.

Also, projects like this and flexfarmer should not be necessary and could potentially become dangerous for a blockchain.

Also, projects like this and flexfarmer should not be necessary and could potentially become dangerous for a blockchain.

We’ve stated that we’d open source long before we got big enough to pose any problem. And likely we will finish our node before we become 5% much less 50%. A pi1-3 or other old equipment should be used not discarded. I’m waiting for someone to try flexfarming on a gameboy. Right now users are discouraged from using low power equipment to run a Chia node as it takes out other users when dust storms happen. And a dust storm is just the network being full of transactions. Currently blocks are locked at 50% capacity I believe so Chia farmers are being affected at only 50% of capacity.

I wish Chia was valued similarly to the projects you say are “dangerous” where not everyone runs the full node like Bitcoin, Ethereum, Solana, Cardano. That being said we don’t disagree with running the node we just think for a couple months until we’re done our much more efficient node that flexfarmer is a great stop gap. Spending 4-11 days syncing on a Pi4 is not fun. Having to do it for a second time because the database got corrupted is awful. And thats with the chain being less than a year old, imagine in another year when there is 2x the amount of history to sync. Eventually it will take over 30 days to sync the chain if there are no improvements.

With a MUCH larger database the Akula-Erigon ETH node now syncs the chain from Genesis (2015) to 2021 in 20 hours. Given that Chia has a much smaller database and we’re only a small self-funded development team we’re hoping to manage 10 hours but anything under 24 will be considered a success.

When I said, those projects should not be necessary, I meant I wish, they were not.
In the current state of chia, those projects are necessary and recommendable for some or many users.
For example me. I was sick of all the noise caused by constant load on the disks, so I lately decided to use flexfarmer for some time.

Great to hear, that you are also working on full nodes!

The person behind www.chia-database.com has apparently extra bandwidth. I would view his efforts in kind of a similar way as Flex farmer.

As long as those syncs are so ridiculous, one way for chia to address the problem would be to partner with the person behind that website and drop him a db snapshot once a day / week and provide links and checksum on chia’s website.

As long as those syncs are so ridiculous, one way for chia to address the problem would be to partner with the person behind that website and drop him a db snapshot once a day / week and provide links and checksum on chia’s website.

Which is against decentralization plus if the file gets too big it’s gonna be a pain to download.

Would be interesting if it was hosted on BitTorrent.

Which is against decentralization

Sure, you and I understand that term, but what does it mean for a person stuck for a week trying to sync? Or as you pointed having to sync yet another time?

The fact that chia software doesn’t shut down cleanly and is not always closing blockchain db is just ridiculous. It is also possible that during those dust storms some dbs are being corrupted. I noticed few people having busted dbs, and it looks like for all of them it happened around the last dust storm.

if the file gets too big it’s gonna be a pain to download.

Again, the problem is not that someone is offering a solution that tries to address sync issues / db corruptions, but rather the fact that chia is not addressing this problem in the first place. As you pointed out, other blockchains can handle way bigger dbs basically easily, and chia is just in its infancy (since the official release, not really from when it started - 2017, if I am not mistaken).

Yeah, I think that person may be behind something like dropbox - maybe ipfs.io.

By the way, i think that the whole sync process should be split into two parallel threads. The first would draw data from peers and save results on disk, where the second would be parsing whatever has been downloaded. This way, the download process would be done in an hour or so. Of course, the processing would still take whatever it takes. However, that “processing” process would be a nicely isolated one, potentially much easier to get it improved (e.g., outsource it to someone with a better experience).