here is some facts you have to know about compressed plot. 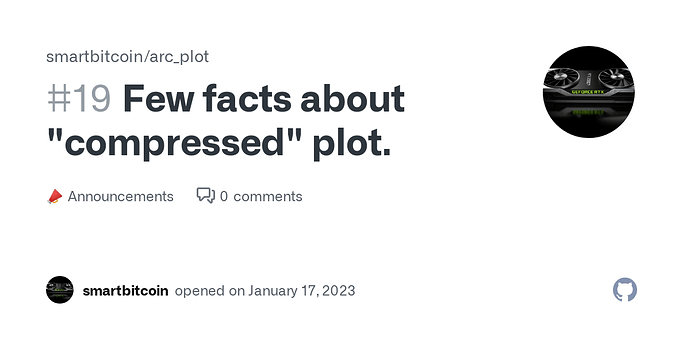 As NOSSD and Madmax market their new pool and plot tech as "compressed" plot. There are few things the community must know. "compressed plot" is marketing term, actually they ju...

Interesting take. I hadn’t considered to possibility that Chia-the-organization could consider outside developments as a disruption to the core ethos. We see this all the time with other coins, especially the ones aiming to be FPGA or ASIC resistant - they change the algorithm (or increase K value as you suggest in this case) to remain true to the project vision.

I am excited to see how the next few months play out - I have no predictions on whether it will be interpreted as a community development like your GPU plotter, the bladebit, and the madmax plotters or if all of this has added up to derailing the project too much.

And I guess as a side thought, most of us have a vested interest in the mining (farming) side of the coin but the general cryptocurrency community doesn’t care about this part - coins that have utility, Monero as a privacy coin lets say, and big dApps platforms like ETH, SOL, and AVAX for example (I have none of these coins right now, not shilling I promise lol, just an example) can exist and effectively be unmineable (or just totally unprofitable to mine). I guess what I’m saying is an ASIC could drop on this thing tomorrow and the coin could continue - it’d be a bloodbath for us but the project could survive.

Interesting take. I hadn’t considered to possibility that Chia-the-organization could consider outside developments as a disruption to the core ethos. We see this all the time with other coins, especially the ones aiming to be FPGA or ASIC resistant - they change the algorithm (or increase K value as you suggest in this case) to remain true to the project vision.

Hellman attacks have been known since Chia started along with the possible release of GPU farming. NoSSD didn’t give Chia a chance to buy it but if there was a threat Chia would have bought it off max.

Kind of sad to see so many people saying this makes it PoW or ruins the network. Lets stop exaggerating. For most it’s a 5-10% increase in power. Also max probably has a ton of signed agreements with Chia given their love for paperwork.

Thanks for this explanation!

I agree that we need to keep Chia PoST as much as possible. Good to get different perspectives on this matter.

It will be interesting to see where this all goes…

The way I see it, Chia’s PoST has to cross this GPU bridge eventually, better cross it with MadMax and Flexpool.io leading the way!

I can see both sides, so best to do it carefully so we don’t change the original fundamentals of Chia’s PoST.

I can see both sides, so best to do it carefully so we don’t change the original fundamentals of Chia’s PoST.

NFT Pools like Space and us are definitely very happy this is coming as finally OG plot people will need to replot. Space might be barely making a profit but we’re definitely running at a loss (and smaller NFT pools are doing even worse) so more customers is welcome.

1 GPU per 4 PB is not a big requirement. At $10/TB thats $40,000 versus a $300 GPU. And as much as we talk about power, few are switching to Flexfarmer to save power so why would an increase matter to you when a decrease doesn’t?

Stuff like this will take 6+ months to spread so whomever is actually active in Chia will see this first and get a nice bonus.

I’ve seen people complain about the fee and that Max should open source this. A reminder to all of you that the last time Max open sourced a plotter only one company sponsored him (to my knowledge), Flexpool. And yet, 98% of people who used his plotter went to different pools. So Max couldn’t ask us for more money and the community signaled to all developers/organizations that sponsorships/open source would not be rewarded. Chia didn’t sponsor Max, it bought the tech (haven’t seen the agreement but thats what I think) which is different. If you want people to open source they need to get money and if you want corporations to sponsor things you yourself need to give those corporations your business to thank them. Instead most of you gave your money to corporations that didn’t do anything for Max.

Max isn’t the one that killed open source in the Chia farming community, you are. So why are you surprised he’s now closed sourcing and charging a fee? If we had 70%+ of max’s plotter customers coming to us we’d have very happily paid for this tech and open sourced it.

For those of you that want to use the “official” software. Chia has been very careful to not release “official” software. Most things are released as a reference. The Chia Network wants the community to build things, they are not here to compete with their own community. I’m pretty sure they expect no one to be using any of their software in 10-20 years the same way no one uses the original BTC or ETH wallets. Chia Network as a company is based on selling technical/support services, not software. They released software as a base for the community to use and build off of and are not here to compete with their own community. I’ve seen some people get mad because Flexpool, Max and others are “competing” with Chia’s released software when the Chia Network likely has the exact opposite reaction and is happy that someone is doing something. I don’t know if you’ve noticed but Chia Network developments made by the community are few, you really need to get behind those that are doing so so that the chain can thrive instead of attacking them.

I sent MadMax developer 5XCH. As I send donations to Open Source projects, I use in servers, every year.

Google FREE was last nail in coffin. I see it daily in my business how free-kids get even aggressive if I refuse to do them favor, and work for free.

One day, Open Source guys think enough us enough, and you will have to pay for crap that doesn’t such as legendary MS Windows that fails horribly since v1.0

That us what you people want

Original plots are already compressed. What they compress more?

Hm i wait for the next Chia AMA and hope Bram addresses this whole topic. Its hard to follow at this point for me. On the surface this clearly is against the POST ethos and idea and makes it POW but i leave it to the experts to give an assessment.

What kind of GPU (and its price) is providing which results? Can GPU/Price and Energy cost translated to a TB Value? Just to get a feeling how disruptive this thing is …

Chia didn’t sponsor Max, it bought the tech (haven’t seen the agreement but thats what I think) which is different.

Small clarification, without any asking from him, we gifted him a 5 figure sum of money, no strings attached, as a thank you for his contributions and in recognition of his development work, when we opted to include Madmax Plotter in our base install around the end of 2021. So yes, we did sponsor his original plotter.

hello to everyone, i just want share my personal idea. who cares my idea ? i dont know but i want write that. lol.
firstly we are still in a circle. I don’t see this situation much different from hpool’s pooling with og, since the pool protocol has not been released yet.
Many people talk about green energy and criticize it, but I think most of these people are not aware that the gpu plotter was prepared by the dev team. According to the roadmap, the offical gpu plotter will be ready in the first quarter.

problems;
i am not going to madmax plotter because he said 6.25 dev fee for now, after that its going to lower. thats mean its can going to higher. tomorrow madmax make this fee %20 what will happen?

3th problem is,
if arc plot saying true i mean if some files(bits) are skipped people start attacking to madmax and they probably wiil say i cant win block around xx days , months…
and it won’t really be possible for the end user to know who is telling the truth or to know if bits have been skipped.

i am sorry about bad english sometimes i use translate.
greetings.

Small clarification, without any asking from him, we gifted him a 5 figure sum of money, no strings attached, as a thank you for his contributions and in recognition of his development work, when we opted to include Madmax Plotter in our base install around the end of 2021. So yes, we did sponsor his original plotter.

My mistake then I apologize!

I guess Chia will be releasing some information concerning all these new exciting developments later this week with a Q&A Livestream next week, will help bring some clarification to all this and how it will affect Chia,

Link goes to a reddit thread where Sargonas (A Chia employee) states this.

r/chia - Has Madmax killed the soul of Chia?

Thanks for all replies. I feel I already shared everything I know here.
As initial purpose of arc_plot is find a way to save some energy for plotting and keep updating my cuda skills , but it end up with been a witness of chia gpu farming. Continue it is just worth nothing now.
Maybe I should switched to something like building a customizable chatGPT virtual buddy in early last year. More fun there lol.

Continue it is just worth nothing now.

Not surer why you want to give up so early. You still have code on hand that basically no one, but Max has. What it also means that chia is nowhere close to even start GPU assisted plotting or coding. With their announcement that they only produce “sample” code, there is still light at the end of the tunnel.

From my point of view, you have several options. Finish it up and:

The current problem with those different plot formats is basically a big fragmentation, and I doubt that chia really appreciates it. Therefore, a properly designed harvester that could utilize plot specific plugins would be something that basically brings the order back to the house. More or less the plotting part is proprietary, but plots are an open book, as such decompressing those plots should not be a big deal (all boils down to Hellmans attack). So, this looks like a reasonable task to take on.

I agree with Jacek, don’t give up! Definitely appreciate your perspective on things!

Small clarification… we have been working on this code since the fall and it’s already functional.

(I only say this because you spoke very matter-of-factly on something that was quite incorrect and I don’t want people mistakenly taking that as concrete fact.) 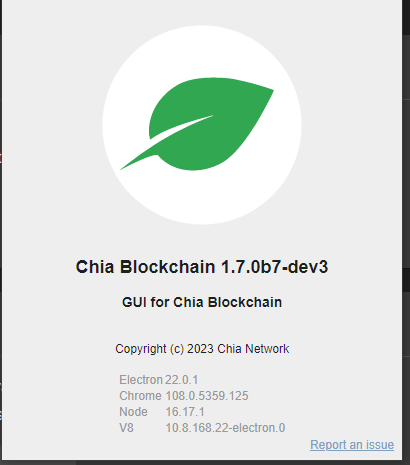 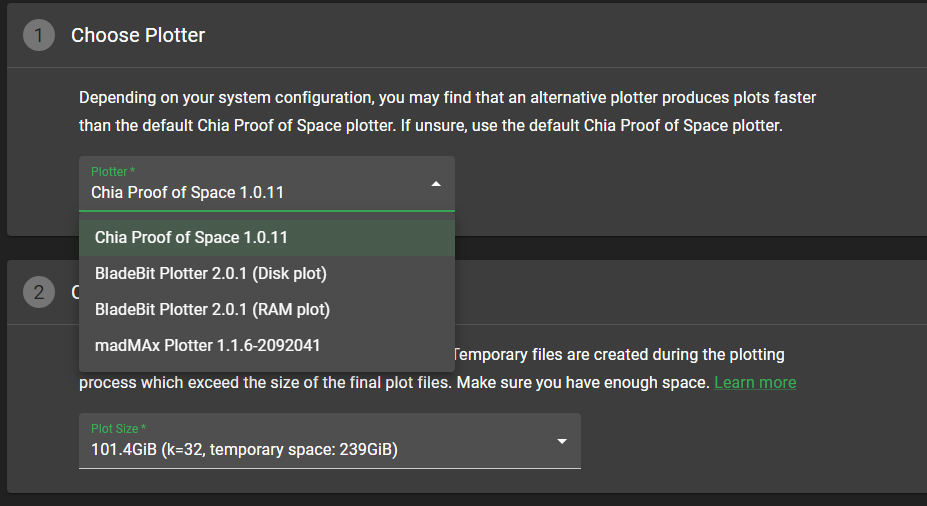 Where’s the other stuff hiding?

CNI’s write up can be found here: 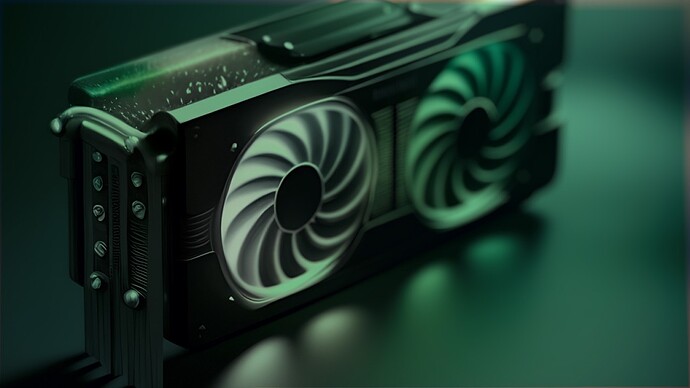 GPU plotting in the Chia network has emerged and it is much faster and more efficient than traditional CPU plotting. This will reduce the energy consumption for plotting by 2-5x, and significantly decrease the plotting time for farmers, decreasing...