For anyone looking for a PSU for hdd's

I don’t know this company or if their stuff is any good but there have been times in the past when I was definitely looking for something like this so I thought I’d post it here. 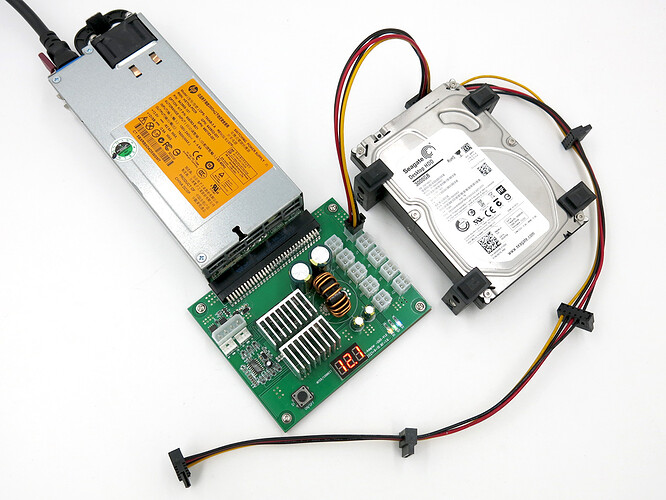 I don’t know this company or if their stuff is any good but there have been times in the past when I was definitely looking for something like this so I thought I’d post it here.

Looks loud if you ask me…

Looks good. Something to add to the order list.

Most likely yes, those server PSU’s with 40mm fans can be horrible.
Would be better if it could just take a couple of standard PCIe 8 pins as input instead of server psu.

Actually now that i actually did a little google search for Chia breakout board, I see there are some other option as well that just use standard ATX24-pin 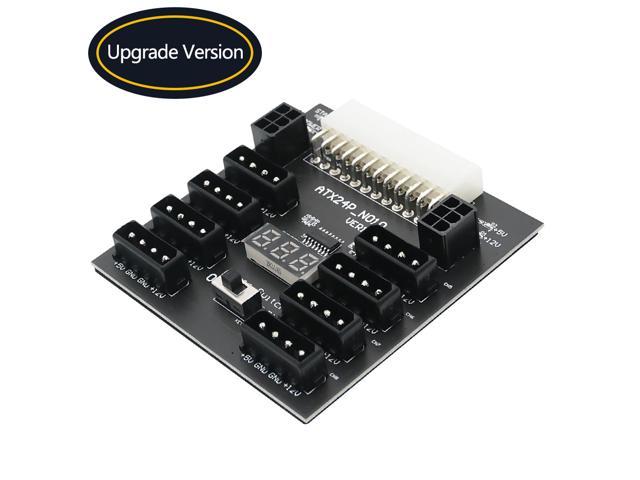 ATX Power Supply Breakout Board With 4 Pin and 6Pin power connector for CHIA...

Buy ATX Power Supply Breakout Board With 4 Pin and 6Pin power connector for CHIA Mining with fast shipping and top-rated customer service. Once you know, you Newegg!

Still, the one I want needs to take input from PCIe 8 pin, since I have plenty 12V headroom on my current PSU and don’t want to add another

Those are a bit sketchy, because that’s likely too much 5v load for just the motherboard 24 pin to handle. The reason the parallel miner can work is because it converts the 12v only powersupply to 5v with some buck converters.

Ah yes I see now, yes that makes them quite useless actually. The whole point is to convert some 12V to extra 5V

PM is a solid vendor. I have used their PSUs and PCIE cables for GPU mining.

I have a 1200w server PSU with breakout board running my GPU miner, it’s almost silent. Only time it’s loud is when you first turn it on, currently it doesn’t have enough power draw to get hot.

There are a total of 5 +5V power lines in a 24 pin ATX connector, which would certainly be able to handle a lot of amps, also depends on if the breakout board is tapping into the +5VSB pin. However we also need to take the PSU into account since some have split 5V rails. It could work, but you need to know your PSUs specs inside and out. For people trying to cheap out with the cheapest PSU and that board, it’s likely constantly dropped drives at best, and a fire waiting to happen at worst.

If your unsure if your Psu will do that. U can check the numbers on the side.
It will give voltages and its corresponding max wattage, Usually in amps. Somthing like this would be a good power supply.

bad power supply for running hdds is represented below

I hope I explained that okay.
Power supply’s can be tricky.

Gpu mining power supply’s specifically favor the 12volt line as they should. Making them less than ideal for hdd operation.