Getting Setup with Raspberry Pi 400

How do I start farming as a non-technical person?

Your equipment overall is solid except for that raspberry PI (I like that device overall, just not for plotting).

The Pi is good for farming the plots though! You’ll want a bunch of large capacity 3.5" USB connected drives. A few examples here 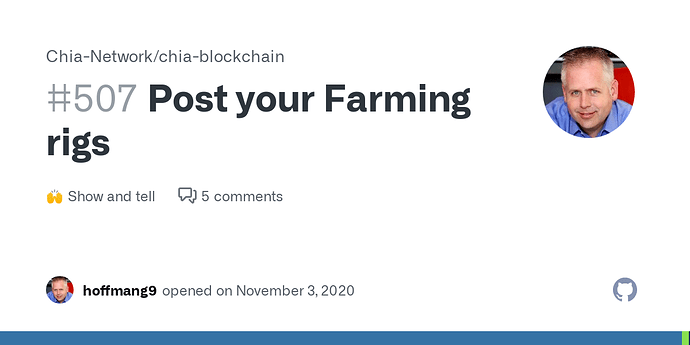 Let's see photos of your farming set ups. Some description and components used would be nice too.

Speaking of Pi, make sure you get a SATA USB enclosure that has UASP support!

Big difference, check it out:

Also you probably don’t want to use anything slower than the Pi 4.

Interesting article, but that article is specifically about using a USB enclosure for an SSD, and comparing it to the built-in SD card speeds. I’m not sure that UASP would be an improvement for a non-SSD farming USB drive. Thoughts?

In the case of a spinning disk via USB, used for farming, I’d be curious if UASP matters much. At a quick glance a 7200rpm drive tops out at 120MB/s, and with farming usage I believe most of it is seeking, and I’d be surprised if UASP make a difference there? Since we’re talking about the drive heads physically moving around.

I’ve got a pi 4b running in 64 bit off of a SD card, a 10tb and 16tb external drive hooked up for farming. It has been working well. Biggest challenge so far is moving plots from farming machine (Mac Mini M1) to the pi. I have them on a Gigabit switch (with a GL iNet router as a wifi bridge to my main network) and have been able to max out rsyncing speeds but it still takes longer than I’d like. If I get plotman going then I can just leave it on its own and reduce manual overhead, but I’ve had some trouble so far. Interim solution is setting the plotter to be a remote harvester and let it fill up an external drive, which is also harvesting from, then when the drive is full I plan on replacing it and moving the full drive to the Pi.

Biggest issue right now with this is that farmer CLI usage doesn’t give me any stats about remote harvester plots, so it says x plots but I know i really have x + y, If i check the logs I know they are talking together, but not exactly comforting.

Yeah we need another topic here about upgrading your network to 2.5 gigabit or even 10 gigabit…

I’ll start that topic soon… one does not realize how slow a “gigabit ethernet” port really is until you consider than the stinkiest, oldest, crappiest PC in your house probably has a 5gbps USB port on it, and that’s literally 5x faster than gigabit ethernet…

Yes - I’ll await that thread! I had looked into 2.5GE dongles briefly, other thing with my situation with the PI is that I’m relying on fuse-exfat which uses some CPU when doing mass-writes, I’ll be curious how much that increases with more data coming over the network. rsyncd also uses up some CPU, I know people tune compression/encryption to lower that overhead. Perhaps I would be better served by formatting the drives as EXT4 and using Fuse on my macs instead… Supposedly exfat is supported at the kernel recently, but apparently not with the 64bit builds I have tested on the pi.

Just to follow up on fuse-exfat: I removed it and was able to mount my drives still, so the kernel support is there after all.