Approx once a day, I get HDD disconnects at different times.

Any ideas what can be causing this? Checked event viewer and nothing interesting.

Go to device manager and click on all the USB entries (every-one) and unclick the Power management box. 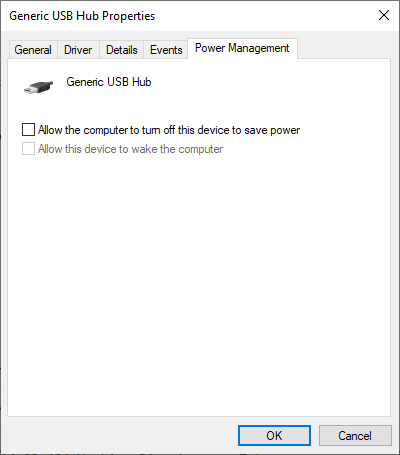 This worked for me months ago.

Also what type of HUBs are you using?

Just checked, that is already done, although I cannot remember doing it!! 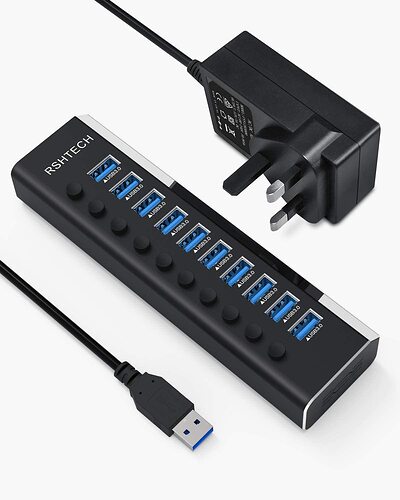 Have you used crystaldisk to look at the drives to see if anything is different between them.

You can try software like “HDD alive”, “HDD no sleep”. The fact that they go to sleep anyways may be something like a “feature” and they could be just manufactured that way.

While this software will prevent your hdds going to sleep by sending empty files every few minutes.

Looks like a large number of drives are dropping at once, are all the plots connected via USB? With USB you should stay <32 devices per controller and remember that hubs are devices too and in fact they are broken down o 1 device for each 4 ports as essentially 16 port hub is a combination of 4x 4 port hubs + 1 that combines them all. Intel USB controllers can handle > 32 devices and many do not have the 32 hard lock limit on controller firmware but from my experience they are not stable with higher number of USB devices and I had to separate my farm to 2 USB controllers. Also, start tailing the Chia debug log and that will give you the full path to plots that cannot be found or have slow read times which should be a good indication on which group of drives is giving you problems, but if you are running in to instability of the USB controller due to number of devices then that will be random. Other than that it could be a specific USB hub that may be failing or it’s power supply is failing but that should be easy to test by grabbing another 12V supply you may have around as they do not need much power if the HDDs are self powered. My USB 400TB USB Chia farm is custom built with custom power design utilizing 2x 16 port hubs on separate USB controllers.

Are these USB hubs plugged into the motherboard or an USB expansion card?

USB is very finicky, it’s nice for plug and play but that’s about it

I have three USB 3.0 hubs on 1 machine with no problems so far. I did have another node for which I had to change the cable on a HUB to another USB port to fix an issue, never changed it back since it fixed my problem.

@huntingground
With respect, two things I’ve noticed with WD Elements: temperature and WD’s power management. The drives run pretty warm. I monitored mine and put a fan on the group of drives and they all cooled down. This relates to longevity and trying to increase that.
Second, that spin-up thing/timeout. I’m running Ubuntu so wrote a cron script, which is similar to a Windows ‘scheduled task’. It does periodically write/overwrite a random number into a dummy file on each WD external drive. Also did a ‘sync’ to flush OS caches to disk. Maybe a little overkill, but it cleaned up my logfile of messages like your snip shows.

first identify presence of the up to 6 mounted drives.

I just listed my drives manually.

I wasn’t sure about the operation of the OS cache and WD device cache so a bit of overkill. It works. Idea for this instance is credited to the unknown coder who did it better.
The script runs every two minutes.
If anyone knows the idle time timeout-go-sleep time value for WD Elements??? Please advise. I used two minutes.

I will look into the idle issue.

Set ur windows machine performance to high
And customize. 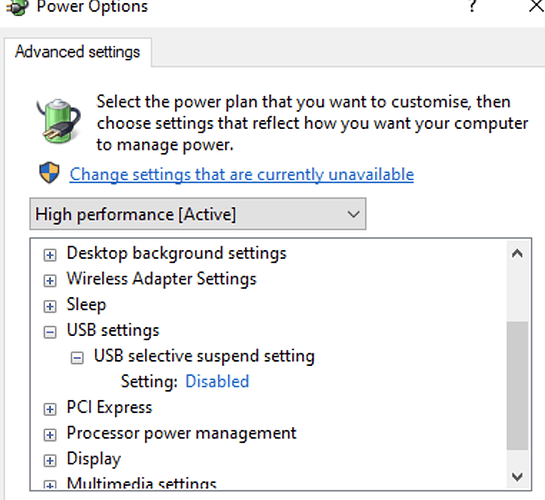