How do SSDs fail?

after 300TB of plots, I’m nearing my first ssd failure.
durability shows ~10%. have you had an ssd failure already?
What will happen when it fails? Will MadMax produce corrupted blocks or will it just be like: nope, Im no longer working?

Why do you feel your going to have a failure, I have been using some SSD for a long time that some tools say they are going bad but they still keep making plots.

Well I have had bad HDDs which say they are degraded. They still run, but may have corrupted blocks so i dont use them for my personal data anymore.

I wonder if its the same for ssds. I dont want to put a lot of effort having drives full of corrupted plots in the end.

So I wonder how they will fail. If they will produe normal plots until, one day the operating system says: Thid disk cant be used, its defective (which would be fine with me)

Additionally its no issue for me to replace the nvme. I have ~20 500gb ssds lying around from scraped old defective laptops. No need to replace ssds unnessecairly though.

Sure, I killed an old Kingston 256GB from Chia database writes actually (wasn’t even the plotting). Failures manifest in different ways, mine would just “lose all the data” but the drive letter was still accessible if you popped in with another drive/OS to check it out. You could even reformat it, install everything, and it’d work for a few more days then lose everything again. I did this 3 times until I realized drives are like $50 and my time was worth way more than stressing with old junk (tossed the old drive). This was one of those first waves of janky SSDs though - I’m impressed it lasted as long as it did (probably from 2015 or something).

Thank you for the insight!

I have a samsung 256Gb M.2 SSD, I used it in the past for plotting, now it is running in a harvester, ubuntu shows 140% wear but no problems so far

here is the smartctl output of my drive:

I believe that tools that give you “critical” warnings on an SSD health are doing so for two reasons:

I dont want to put a lot of effort having drives full of corrupted plots in the end.

You can run:
$ chia plots check -g name-of-plot.plot
…to check each new plot.

I have been using my Samsung 980 Pro NVMe drives long past their TBW value, with no issues. I am still plotting with them.

I do not know the number (and it probably varies by manufacturer and drive model), but you can probably get 2x, 3x, maybe 10x (who knows?) the writes, beyond the manufacture’s advertised TBW value.

Sometimes I wonder if the manufacturers know how many writes their SSDs can handle, before becoming an issue.

The reason I wonder is because I have been hammering away on my SSDs for 18 months, and they work like the day they were new. Unless I am missing some other type of testing, then it means that the manufacturers would have to hammer away at the SSDs for that long (or longer) to find out how much punishment their SSDs can handle.

I do not think that any manufacturers have postponed the release of their drives, for years, in search of the drive’s longevity. They know enough to know that their drives can handle “X” TBW, and advertise it as such, with #1 and #2 (above) factored in.

If your time is not worth the effort to run the checks on your new plots, and especially if you already have good SSDs lying around, then replace your (reported) “critical” SSD. Peace of mind has a value, too.

I will keep hammering away on mine, until they show me some real-life sign that they have had enough.

The safety margins on TBW are very high on most SSD’s, especially on Samsung drives, the quality of their NAND flash is simply excellent.

I had a plotter drive that according to crystal disk was dead but it continued to plot. I ran out of disk space and it sat unused for a year then when I fired it back up it was unreadable. I kinda wonder if it would have lasted longer if I had kept using it. 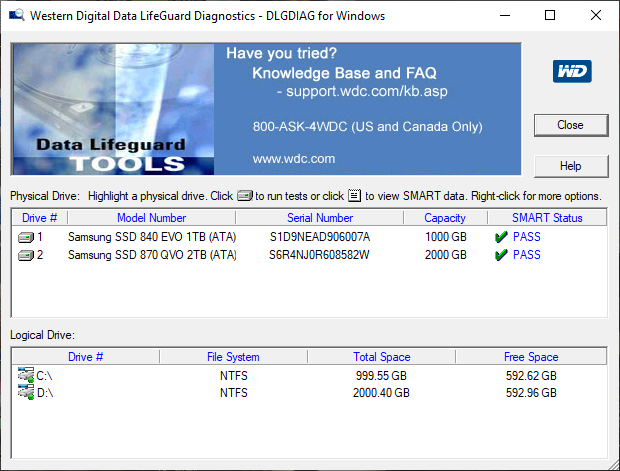 And see what you can do with it,

hmm, so far so good

I think temperature ir also relevant. Im using some beefy copper coolers from ali express which can be reused. 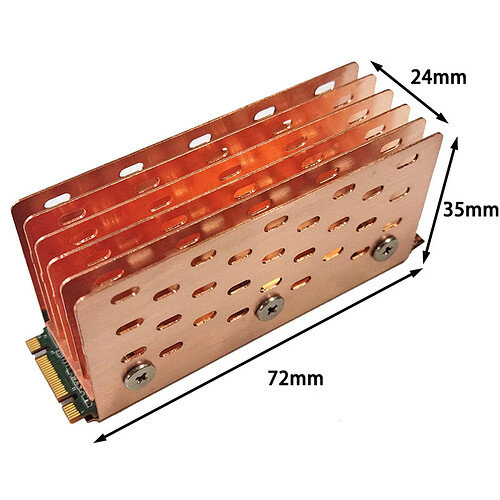 I have a 1TB SSD, M2, it is way way past it’s EOL, and it started to run really slowly when plotting. I simply ran mkfs (rebuild file system), and it worked fine again I now run mkfs before I plot a large drive (probably unnecessary), and never have a problem.

NVME drives may be good way past their theoretical EOL for temporarily holding data (e.g. plotting), but not good for long-term storage.

Usually, in almost all cases, the SSD catches fire, then it jumps up out of the computer and runs to the nearest child’s bed and crawls under the covers. But I’m sure it will be fine.

Can you send me all your bad disks, where are you located for shipping costs.

I’ve gone through 3 SSDs (1TB, 1TB, 2TB) and my experience on Ubuntu was the plotting progress on the Chia UI would just freeze. The plot log wasn’t helpful either. Then after restarting the system, I would get stuck at a bios screen with a hardware error. I could not start the system without booting from a USB key. Finally, after looking at the SMART disk data, realizing that it was past its lifespan, and removing it from the system was everything working normally again. I still was able to attach the drives by USB and load some plots on them for farming.

The safety margins on TBW are very high on most SSD’s, especially on Samsung drives, the quality of their NAND flash is simply excellent.

generally, yes…but here’s a Samsung example that isn’t excellent with hardly any use (relatively) > 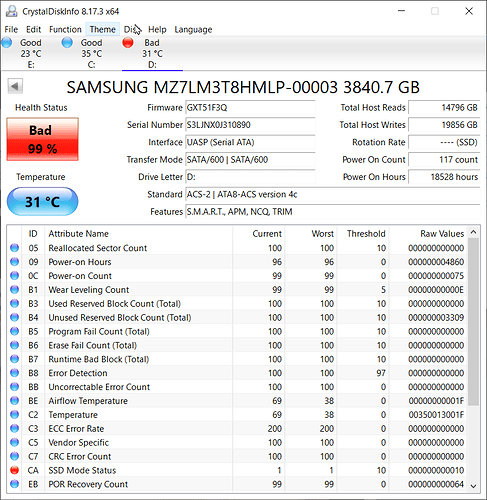 And this is how it fails in practice, you can read, but write has gone to chit big time, about USB 2.0 speed FCOL > 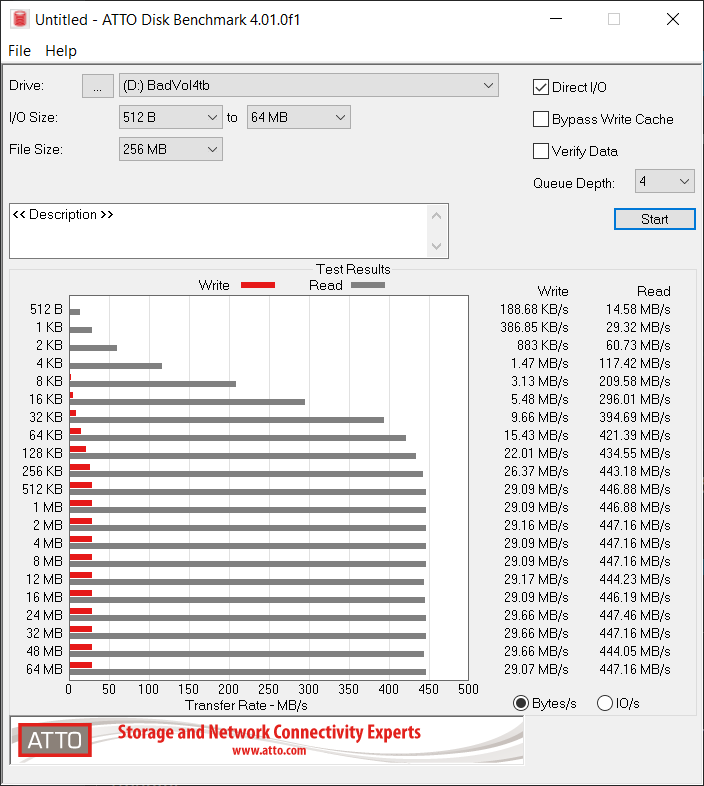 Temperature is at 70°c
was it there consistently or even hotter? Proper cooling?

Maybe its also just a monday model but I’d definitely consider 70 on the high side if running 24/7
failure still waaay too quickly with 20 tb written. Especially for a 4tb model. id do rma

Were you using your os drive to plot on?
If so, dont, and those bad drives may very well be fine just for plotting on.

No, they were all separate nvme temporary drives. The OS drive is just for the OS