How setup Bladebit and what interface

I’ve got 2 Dell 720 servers, one currently up and running as full node farming 382TiB. I have a second dell server with enough ram to run bladebit that I intend to setup plotting.

First, what’s the best way to run bladebit, it will be windows (yes I know, I just don’t know anything other than windows especially on a server). I know it’s built into the GUI, but how do I run that on two machines without causing problems?

Sorry been out of the loop for most of this year due to work, but figure I have the hardware and storage so might as well make use of it.

Best settings: You need to try it out because it depends on your CPU, Ram, Chipset…

Seems like a good time to start learning Linux. I’ve never tried Windows plotting before, but based on what I’ve read here and Reddit, it seems like a PITA to get going. Like a real PITA. Idk about Bladebit. It may run fine on Windows. Just remember back in the Madmax days when guys were trying to use PrimoCache and all that stuff. I’ve got several Supermicro servers similar to your Dell’s and they’re all running Debian, and plotting Bladebit with 15-16 minute plot times. Making K33’s with MM in about 30 something minutes. It’s not really that hard to get going. Install Debian on the second server, and DM me. I’ll be more than willing to help you get Bladebit going. Hell, I’d even help you spin up Qemu-KVM so you could install a Windows VM and still have a Windows machine on that system…

WIndows is fine for MM, not too sure about BB though.

A bit of Googling and I got RDP working, installed Madmax, setup a ram disk which is automatically created and once I had enough memory I also installed BB. I’ve managed to share drives, but mainly plot to a drive and then put it in my farmer.

I don’t like Linux though, things are so easy on Windows compared to Linux, so I wouldn’t use it for my daily driver, but it’s ideal as a plotter. I have another SSD with Windows on it, so have compared MM in both, and Linux is far quicker.

Apart from the extra speed, one thing I really like about Linux is it remembers every command I’ve entered at the console, so just simply up arrow to the appropriate cmd, adjust the number of plots and off it goes, well once the drives are mounted.

Nah. MM works on windows. It is not fine though… It is far slower.

All you need to make plots is your “farmer public key” and “pool contract address” (A pool NFT will have this address)
(or for original(solo) plots, farmer and pool public key)
You can run it from Chia, or just download it directly. You don’t need to have the Chia client installed to make plots with a third party plotter.

Any third party plotters with GUI you have seen or just through CLI?

Ha! How do you run it on 2 computers without causing issues? Oh I have a megathread on that! My findings would apply to what you’re trying to do. I am stubborn and attempting to stick with the Chia GUI for plotting on multiple computers. Simple? Not exactly but it looks like I got things figured out last night.

Yeah I’ve read disabling Upnp on one machine will help prevent problems of running the GUI on 2 machines so prevent node problems….but not 100% on that. Last year I installed madmax and then had an outside GUI that would do all the CLI stuff for madmax and it worked really well….but now I can’t remember how to launch that GUI i was using lol. Was hoping to try the built in bladebit and madmax in the new GUI but not sure how to run it “correctly” on two machines. So maybe really that should have been my question.

I have an active thread where I’m going through this process. My big mistake was watching a video tutorial and in the comments, somebody asked if you can just run the Chia GUI on that second computer rather than the CLI entries. The answer was “yes”. Oh, it’s yes but obviously not spoken out of experience.

I can’t speak to limitations of running MM and or BB via the GUI vs. CLI. I’ve seen people talk about settings that are missing in the GUI. I don’t know.

Not saying this is right or wrong. It’s why I did the past couple of days. Grab the database from the main PC to an external storage device you can hook up to PC 2. Turn off main PC. It’s okay to go online with PC 2, it will need to be online to start with. Install fresh Chia on PC 2. Launch it. Deal with the annoying passphrase. Enter mnemonic phrase used on the main PC. That will get you into the GUI. I closed it out then dealt with the disable upnp command. Then I copied the database onto PC 2. When launching the GUI again, all the settings should be fine. When I say fine, I mean that your plot NFT(s) is available from the drop down menu in the GUI. At that point, I unplugged PC 2 from the internet. So long as you don’t need to restart, it can plot away as you see fit. The main PC can go back online and do its thing. That’s about where I’m at now. It’s clunky to be sure. It’s what I needed to do. I set out to not use the CLI command option and I was going to see this Chia GUI on a 2nd computer until I solved it. I believe I have, but I only just set this up. The reason to unplug the internet from PC 2 is because it will try and sync. I just want to remove any nonsense. Everything says you don’t need to be online to plot, but…ah, um, you need to be online to launch the Chia GUI. Right, a small detail in that broad based statement that you can plot offline. This is not for everyone. I get that. But it can be done, or at least I’m enjoying a few hours thinking that I’ve been able to set up this system.

I have an r720 but I’m doing k34 not bb. Having spent a lot of time with setting up OSs on mine i can say make sure to go into idrac and select the right os for drivers pack. Do not try to install any other os. You also won’t be able to upgrade to a later version of the supported OSs because of the cpu support.

Suse will work but you have to pay for their repositories and i could never get the right gcc package for plotting. Go with rhel, sign up for a developer account and you can use the server with full access for free. You will want to install devtools 11, use scl to activate it and symlink cmake3 to cmake and uninstall cmake. Then your gcc --version will show correctly and you can use mm or bb.
Hopefully these hints save you a bunch of time, it took me many hours to get right.

The Stotiks version of Madmax has a windows gui, called plotmanager, simple but easy to use. 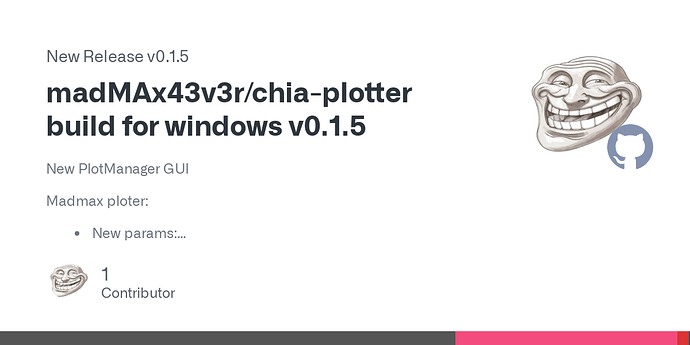 Never used Bladebit, you can use it by installing Chia GUI of course, but I don’t like the way they setup the user interface.

Honestly, in most cases using CLI is easier, you only need to write the command once and maybe sometimes tweak it a bit but usually you can just copy paste the old command and change the destination folder.