Is my farm working properly? Figures

Getting a bit twitchy as I haven’t found a block in over 6 months so need to ensure everything is setup ok. Appreciate it is likely just down to (bad) luck.

I have about 3500 plots across two machines. Approx 350TB. All NFT plots

I’ve since joined Spacepool to try & get an idea if any other issues. Seems to be working OK in the pool - 100% valid partials & 0.08 XCH payout daily.

Just wondering if it is luck or if there is something else I’m missing?
Do the numbers above look ok?

It’s just luck. I only have 390 plots (38 TiB) I won twice already once when I was in spacepool after 5 months, then once when I decided to go solo after I won. The second time I won was 1.5 months after the first. So here’s hoping I’ll win again soon. I haven’t added new disks yet as I’m still thinking maybe my 390 plots will give me more luck.

Some won with much lesser number of plots than mine.

Yeah, sometimes it may be like that, so you just need to be patient

Just have to wait, I rebooted a harvester on Monday and two hours later got 2 blocks.

I’m assuming you’ve not had 100% uptime due to upgrades of client, db corruption etc.
That is the only downside to solo, downtime along with your few slow responses could cause you to not get your only coins that you could have received.

My buddy with 400tb finally won two in two days after 6 months.
He had 200tb at August last year and finished the last 200tb in November.

Cheers everyone - that was my suspicion but was just making sure the numbers didn’t indicate a major issue elsewhere I was overlooking. In particular, I don’t know how you determine expected “proofs” on the farmr monitor or similar monitoring software

Yea, think that is where the few slow responses come from -

Have auto-restart set up now which should minimise downtime.

Greetings from Germany!
It is probably just luck. For me, I restart the hole setup from time to time mostly after a hdd is filled, dont know if it needs to… I hit some weeks ago 3x within a week during, around the last dust storm. And i win constantly with my 2700 plots every 1,5 month as predicted.

Are you eating Dominosteine all by yourself??? Send some to FL USA

1.3 has the integrated wallet Larry.

I looked on Chia.net and did not see that version. Is it coming out soon? Even when it does, I need to wait a few weeks to shake out any potential issues.

Hold the line. Keep the faith!

I’ll update as soon as it comes out so can be the guinea pig.

TY for taking one for the team

I hope they did the proper DVT so it is a clean release for the most part. 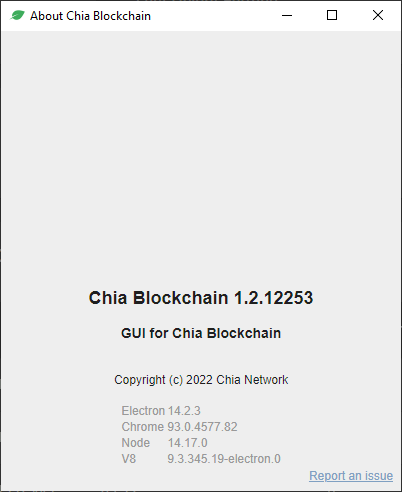