Other than the chia.exe executable, are there any other executables that will create a K35 plot?

The one that comes with the Chia installation is too slow. It uses little CPU cycles and little temp drive processing. It consumes over 2 TB of temp space, but very slowly.

I suspect that chia.exe is single threaded. If that is not why it runs so slowly, then I am stumped.

Can anyone provide the name of any other way to create K35 plots?
Or maybe I have overlooked an option in the chia.exe command line?

Last month, I posted my adventure into world of K35 plotting:

I got an itch to create a K35 plot. The only executable (that I am aware of) that will create a K35 plot is the standard Chia “chia.exe” executable. My first attempt failed. The temp space needs to be just north of 2 TB. I have two 2 TB Samsung 980 Pro NVMe drives. I crossed my fingers that I could direct the “-t” option to drive #1, and direct the “-2” option to drive #2. Well, at the tail end of phase 2, drive #1 ran out of space. Drive #2’s space remained fully available. I never saw …

I vowed to not bother with it, again. But perhaps there is a way of speeding up the process?
No one replied to my previous post. Perhaps because no one cares about or has attempted K35 plots?

It doesn’t look like. MM that is included only bites up to k34 (at least that is what help says). Based on how JM spun it in the other thread, I don’t think that MM will be upgraded to work with higher k-values. Although, at some point BB may be able to produce such plots.

As you stated, the Chia plotter is basically a waste of time in the production environment, unless you start staggering multiple plotters, but that is just an additional headache on multi-core CPUs. Yet, still the UI places this garbage as the default plotter and suggests OGs as the best thing that is out there.

That is where you invest in SAS RAID0 arrays. For $11 you can get about 300GB, so for about $100 you have a solution that could be faster and more TBW than any NVMe out there. 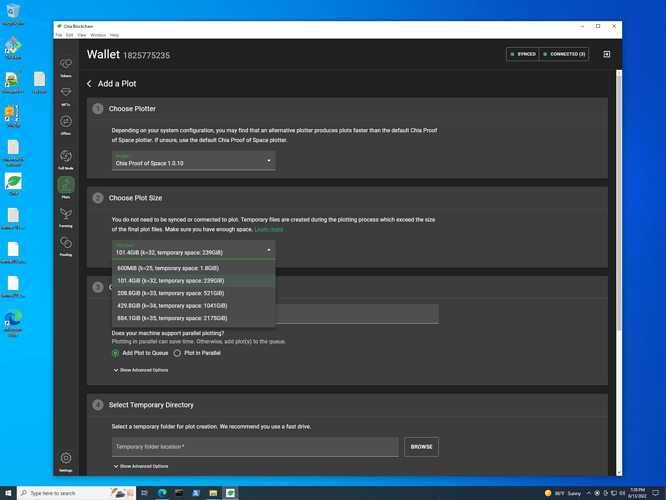 The latest GUI can select a K35 plot

The point is whether you can select MM to produce such plot. I run chia_plot.exe and chia_plot-k34, and both stated k <= 34. 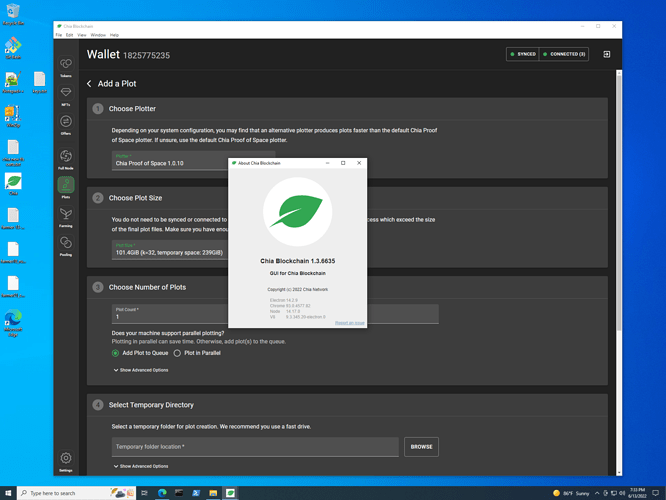 The default chia proof of space can select the k35

And for which plotter?

Yes, but not for MM plotter, and this is the whole point of this thread.

JM was saying that NVMes are coming, so maybe those will go for $20 a pop