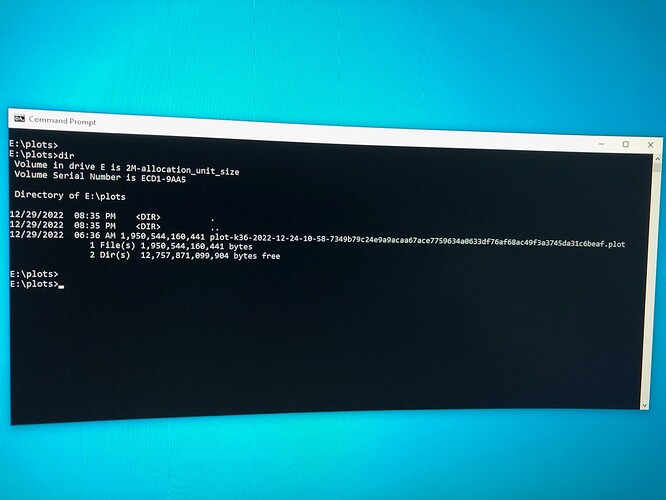 Now go back it up with 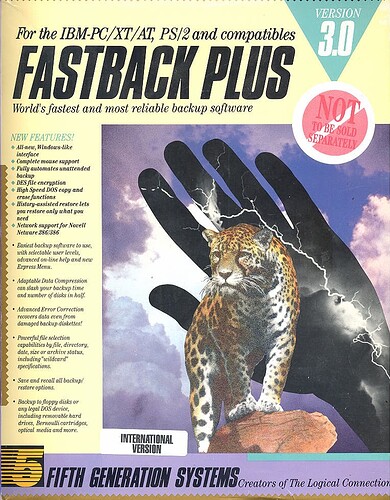 Now go back it up with

I have no floppy disks.

If I had enough RAM, I would attempt a K37 plot.

During the K36 job, my RAM usage went above 50 GB (and I had nothing else running – nothing else installed other than Chia).

I am not going to venture into using virtual memory.

And that ends my expedition into the land of plot climbing.

what are your hardware specs ?

what are your hardware specs ?

The two main reasons why the job took so long are:

By the way, in an earlier comment, I had written that my RAM usage exceeded 50 GB. It actually exceed 60 GB (96% usage).

So anyone with 64 GB of RAM can create a K36, it would seem.
It is, however, counter productive, as you get less bang for the buck as the “K” size increases (and it also takes half of forever to complete a plot).

I did so, just for the heck of it.
I am down to my last few drives. I will not be purchasing any more drives. So I figured I’d give it a whirl.

I will not be purchasing any more drives.

Tip 4u: If u ever replot…or change allegiance… get another 64GB of memory…it will reward u for little $$$…also of course Bladebit is always the answer 4 certain (tiny) k sizes (but u no that)

U are brave (or

just crazy) doing that k36. Big question: Will it ever pass the filter

@Fuzeguy I would like to get a 64 core Threadripper Pro, with 2 TB of RAM (create K34 plots with bladebit).
It would probably be very power hungry, even when idle.

But it would be a beast of a plotter, or even for playing minesweeper.