Dear friends,
Does anybody know why while I am plotting the the last attempted proof shows times of plots passed filter way behind the current time and there are all kinds of warning in debug log and when the plotting is done everything goes back to normal and the time of plots pass filter changes evey other seconds and no more warnings in debug log.
Somebody help please. 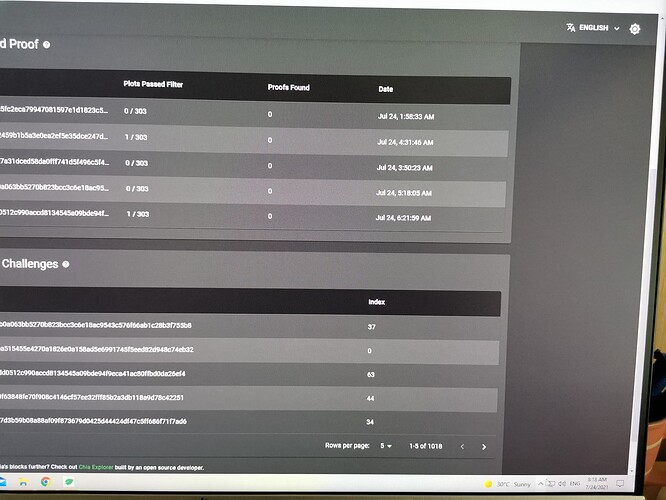 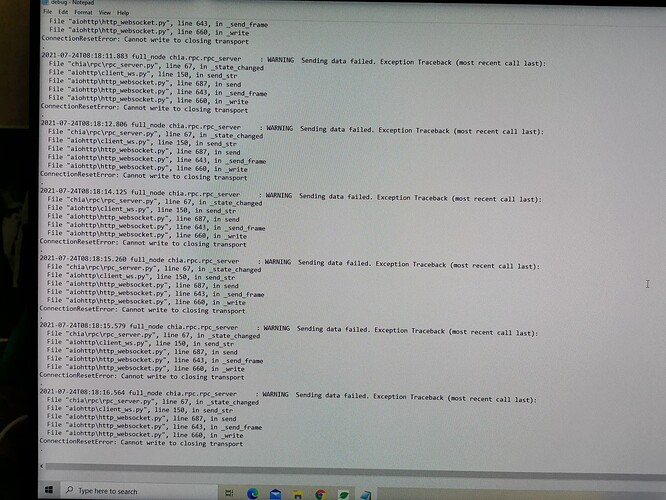 I was getting a bunch of these in my log. From what I could determine, it’s not a problem as in: Log show warning :WARNING Sending data failed. Exception Traceback (most recent call last) · Issue #7576 · Chia-Network/chia-blockchain · GitHub

Then also, I had noticed (not thinking it was related to above) at times there was a delay between real-time and GUI display time in “Last Attempted Proof”. This seemed to start when the system was overloaded plotting (I’ve since cut down the load). I could often reset the GUI time shown by going to “Keys” and back to farming, but not always.

Last thing I’ve tried to stop the 1st issue is a wire internet connection, not WiFi. That was just this afternoon, and no more errors yet, but 24hrs should tell better. If this works, the issue might be some type of delay in communication, that doesn’t matter much. Probably just what the link says, so it comes and goes, and it’s the other guys fault, not our systems. But we’ll see.

Thank you so very much for quick and detailed explanation.
I consider them all. Just to let you know that I’m using Ethernet and as I explained before after plotting is done eveything goes back to normal. So the overload that you mentioned is probably the cause of all of it. Thank you again.

Ok, so since overnight I got five more of those warnings in the log. They all happened within 8 seconds at 2:33am, so I’m calling it a, "somebody’s else issue’ log entry, as the link suggested.

However, looking at the timing issue, I’m about 5 seconds behind in the GUI now, but no issues noted in the log, so I have no more ideas about that. Guess it doesn’t matter too much and the two things are not connected either.

Thank you for letting me know. I really appriciate that.

I get the same thing when my super old slow NAS is being copied to. If chia is trying to find proofs while the Im also copying a plot to it, then its real bad.