Looking for advise for plotting on my hardware

My greetings for all you guys! I’ve got some issues with speed plotting and my OC stability I think, I need some recommendations. Sorry for my English, I’m russian, and we dont have much infos about plotting here!

First issue.
I tried ran 3 plots in parralel on NVMe and 4 plots on each of my free HDD, so the percentage of progress were pretty the same on all off them up to 7% till I get blue screen(window’s crashed) !! My CPU was aways on 100% loaded, probably it was too much for it.

Second issue.
Yesterday I startred plotting with 3 on NVMe and 3 on each of HDD. When I woke up I got all drives with no activity in windows task manager, while Chia app were blank (white screen in frame). I’ve done !!!“Undo”!!! (without closing the application re-entered in wallet), so there were 6 stucked plotting process, some were on 85%, some 30%, some 15% or something, but all of them stucked with no drives activity in task manager!
This time I started 3 plotting in parralel on NVMe and 2 on each of HDD and went to work. The speed plotting were the same in NVMe and HDD, it should be like this? I thought NVMe shoud be way faster). So when I arrived to workplace through remote access I was monitoring the progress and somewere at 20 - 25% it got stucked with no activity of drives… But still I had acsess to all drives through “My computer” so OC recognizes them.

How should I ran plotting to get the best outcomes in term of speed, and what speed plotting might I have with my PC? Soon I’ll get one more 1Tb NVMe, I’m gonna plug it in through PCE x16 adapter or should I buy RAID controller to make it 2 TB NVMe?

For start don’t OC the ram and cpu => go stock.
Check if all driver are okay in device manager and update win10
Try with one only to see and allow 4 threats and 3408 RAM 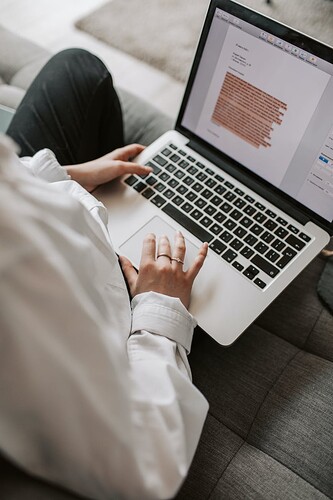 How to Enable Chia Logs on Windows

Photo by Vlada Karpovich on Pexels.com The Chia Client comes with its own debug logger, but it isn’t activated by default. There is a configuration value to set in order to activate increased…

I did as you described but it went to a blue screen again…i thoughnt maybe the problem was with my computer power supply so I turned of my minnig videocard wich were taking about 75W. Next morning I got stucked plotting and no activity on my drives at all, so power supply is ok.

Learn how to use the CLI. The GUI will keep messing up and doesn’t allow you the settings the CLI can offer.

Thank you!
So I started two plotters in parallel in PowerShell with an hour stagger, in couple of minutes I’ll start third one and we’ll see what happens next morning!

I was plotting with PowerShell no more then 3 in parralel just for experiment couse I was out of my town and couldn’t restarr PC if it’s needed. So far i’s going great, with no blue screen and other stuff, and speed of plotting seems to be faster. Tonight i’m gonna try six in parallel with an hour stagger!

With that CPU/RAM/SSD I would say maximum 6 plots running. with a delay of like 60 minutes between them.
6 plots probably run pretty slowly on one ssd, so you might want to step down to 4 or 5.
That way you could get around 15 plots a day i guess

You’ll be able to do about 6-8 plots as RAM you need for one plot in two threads is about 3389mb, but you can play with nubmers of threads and RAM. Check it Optimizing Plotters in Windows – The Chia Farmer , helped me a lot.

Couple of words about blue screen problem and other. CLI didn’t solve the problems, but I checked my RAM with memtest86 and got a lot of errors. I reinstall the planks of mem I have, after that memtest86 didn’t find any errors - probably the problem was with incorrect installation of a plank 16 GB I got recently, though it wasn’t enough time to say fo sure, but second morning in a row I wake up and the plotting process going rigth!

is this your OS drive?

if not, better get a new ssd to install the OS (120gb is more yhan enough) and use that as temp drive.

dont use your OS drive as temp