I am one of those Flex pool members that don’t use their farmer / harvester code. As you stated, the info about their farmer is rather lacking. The last time I asked about it, Chris pointed me to a YT video, but unfortunately, I don’t understand Chinese and gave up on it (not that I was trying). The other reason, for me, is that my node is still surviving those dust storms without falling behind. As you, I will be switching to their full node, as soon as it will be available, unless MMX will be faster

As far as farmers not leaving, I think that part of that is that some of those farmers (me included) are kind of stuck with all those drives / plotters - inertia or laziness. For GPU miners, there is no problem to switch from coin A to coin B without much work, here an upgrade is a challenge.

What still has not been said on chia’s part is that during those dust storms, when the net space drops by 10-20%, that implies that potentially over 50% of all nodes are behind. That 10-20% net space drop is a nice stat that is being used to cover up the real problem. Sure, a couple of whales will keep transaction integrity during those events, if that is the current metric.

Although, it looks like with those storms coming basically once a week now, the issue may be pressing. It still may be that they don’t care about us farmers, but rather care about perception of how the network is vulnerable to attacks by “a kid in his mom’s basement” for those corporate accounts that they want to secure.

The sad part for chia is that instead of bashing him day one, when he came out with his plotter, they should offer him a job. Right now, this may be the first (kind of second after Chives) real path to jump ship.

I don’t think it’s anyone business what private conversations individuals within Chia or Chia Network itself have with other private individuals… but this is a unique scenario that comes up dozens of times that quite frankly, I want to put to bed.

Chia has had (and continues to have) many friendly conversations with Max and with think he’s a brilliant developer and would potentially be an amazing addition to our team. However, that decision is not ours to make, but his.

On that note… there are a LOT of brilliant people in the ecosystem, and every single time one of them crosses our radar, we ask ourselves “would this person be a good fit for our team?” and if we think the answer is yes, we reach out. We’re constantly active recruiting from the rock stars of the community. However a LOT of people out there are doing this as passion projects along side their day jobs, and have a setup or situation they are just content to maintain and we can’t fault them for that. (money isn’t everything to some people, and sometimes they just really like their current careers and being able to “only” have to spend a limit amount of time at their leisure on a hobby with no stress.)

As to his plotting software, we have nothing negative to say about it and in fact support him and make efforts to contribute to it’s success. 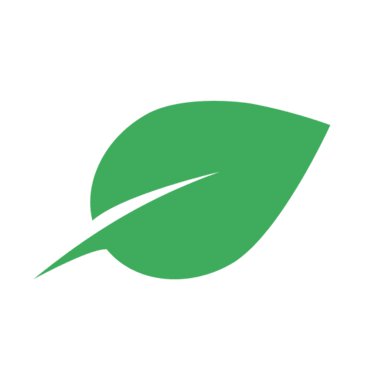 Sargonas elaborated on Discord in the discussion linked below. Again very graciously.

Discord - A New Way to Chat with Friends & Communities

Discord is the easiest way to communicate over voice, video, and text. Chat, hang out, and stay close with your friends and communities.

I have great respect for reactions like that. It makes them “good people” in my counting. “Bad people” do not have the capacity to admit their mistakes.

However, the limitations of blockchain transaction speeds have nothing to do with these.

In a blockchain network, the program speed is much faster than block transfer speed (except that you deploy all the nodes in the same local network).
What language really doesn’t matter. Just optimize the core code and logic.

If you don’t consider the real blockchain network situation, it is easy to write a transaction system of 10K or even 100k per second.

If only there were a chain free crypto

I was able to run node on Windows. Now I have to do some k26 plots.

In a blockchain network, the program speed is much faster than block transfer speed (except that you deploy all the nodes in the same local network).

There are solutions to this problem, see block lattice designs where each account is a blockchain instead of having a shared single chain ledger.

To get back to the topic at hand, MadMax has some stated goals for his crypto:

He wants the price to have some stability (not necessarily pegged as a stablecoin) but the emission schedule will be dictated by netspace. That is, the higher the netspace the higher the rewards (more demand results in more supply, and a more stable coin price.

This seems like an interesting experiment.
But I don’t see it helping keep a stable price, but continuously causing network growth, pushing more coins out, which IMO will cause a price drop.
Only time will tell though.

@Jacek you state: “If you read that article, it looks like this is how chia should be implemented from day one.”

But it doesn’t support smart contracts?

Can you elaborate on this one?

Not saying I’m a prophet. But…
In the depression phase I was thinking that something will come out of Chia, should it fail, that will still make the hard drive aspect relevant and required. Miners will flock to what pays best. Loyalty is as thin as the profits offered. With ETH right now, the GPUs hold the power. They are the glue. People can make great ETH plans but they require the GPUs to follow. For now at least. Flux? They depend on GPUs not having ETH otherwise they have nothing to build on. It’s the ultimate power play. It will take very little to tip the balance. Like the OG plots, a lot of people moved those over to the “new way”. Ultimately I will decide which project will get my “space” and for me, that’s a good feeling. At the early stages here some of this might come down to gut feel rather than what is paying what right now. It wouldn’t take much to pay what Chia pays. Right?

It wouldn’t take much to pay what Chia pays. Right?

$80 ish a coin is a good price for a coin without much real world usage.
For any new coin to pay that without real world usage I’d say its doing well.
Do you think mm coin will come out of the gate with mass adoption and real world usage? I highly doubt it, but time will tell.

I’m thinking more about getting more coin because there is less competition (net space). A higher value coin that is a lot harder to yield. Whatever the case, maybe Chia has to take from Mad Max because he found some better ways. This what I love about new technology. It’s so unpredictable. Like fixing exploits. Sure it seems perfect until somebody out there finds another way. Competition is a good thing and I always sensed that if Chia wavers, something will still come out of it. All won’t be lost. I have my popcorn at the ready. Bram’s response to the question at the recent AMA is very telling. This situation has ruffled feathers. At one point, wasn’t having forks part of Chia’s selling point? I swear they said their blockchain was good for other coins as well. I’m sure this situation wasn’t what they envisioned. Mad Max vs. Chia. I sort of like the sound of that. It’s juicy and I’ve never turned away from a dust up.

$80 ish a coin is a good price for a coin without much real world usage.

Basically every major crypto is 33% or more down from ATH. That being said chia is far ahead of bitcoin cardano or ethereum at this stage of their life cycle.

Indeed, but that has no real relevance to what I was debating.