Hello, I have been use MadMax plotter for some time. I followed this instruction.

It needs install C++ and run one command before running MadMax.

I have been using MadMax 0.1.1 on some Windows 10 PC but lately I have not install C++. I just run MadMax itself. It worked.

C++ appears not default in Windows 10 but likely installed by some other app. Maybe that’s the same for you? Check under installed apps, search.

I dont remember having to do anything else than just download Madmax windows version and simply run it. Latest version I used even had a GUI that you can use and dont need to mess about in powershell anyway.

Also like mentioned above, I think C++ tend to get installed by others apps anyway so you most likely have it already

This is the source of Windows ported MM that everyone is using (it is exe, but kind of an old MM version now): 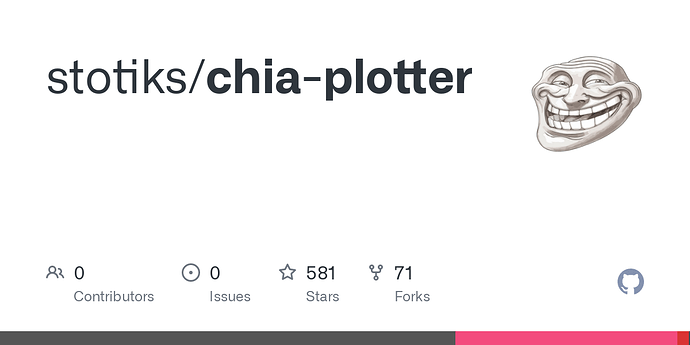 Contribute to stotiks/chia-plotter development by creating an account on GitHub.

C++ is a language, saying that, if you want to compile yourself, you need to have a compiler/linker to build the final binary. On the other hand, if you want to use a binary that someone else crafted, such binary may be using additional libraries. Most often, programs require Visual Studio redistributables, and those may be already installed on your system, if not you can download them directly from Microsoft. Those redistributables can be sometimes labeled “C++” but that is rather wrong, as they offser support also for “C” as well as some other environment subcomponents.

Therefore, if you don’t have those redistributables, and such program needs those, it will just not work if those are missing. So, having those (if needed) is making or breaking, not really making plotting faster.

Depending on your hardware, if you would like to speed up your plotting, Linux may be a thing to considered.

Saying that, the latest chia has MM included,

lol completely forgot about this

Now I have my first RAMDISK plotter. 55 minutes a plot.

There’s also a version of Madmax which does K33 and K34 in the latest Chia.

If we use this passmark, 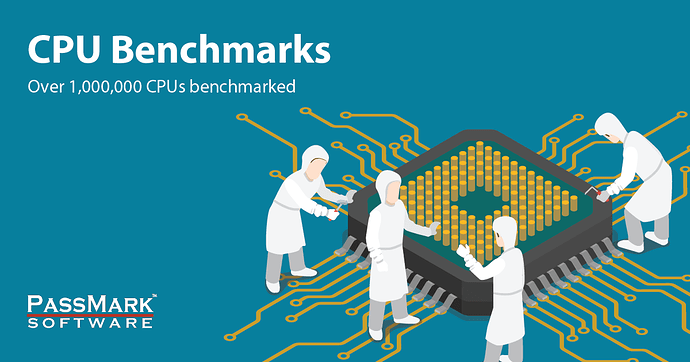 Certainly a fair difference in performance, I’m tempted by the E5-2699v4 which is 22 core, and the highest performing CPU my board supports, and would also allow the memory to run at 2400Mhz, but alas they are just too much money. I’m a low tech PC guy, very rarely used Linux and just installed it for plotting.

Maybe getting another 256GB RAM and switching to BB would be a better option (less expensive and still giving you a boost in plotting performance)? Going that route, you could also dump (most of) your SSDs.

It only supports a maximum of 256GB unfortunately, so its maxed out. Tempted by a Dell T630, but its more money again and the thing is absolutely huge, but my CPU and ram would fit, and with 24 DIM slots it can take up to 1.5TB of RAM, oh and two CPU’s. I really don’t need any more plotting power than I already have, so I must stop tempting myself!