Well, since XCH was at $160 we have been in a hard channel from $250 - $270 (roughly). AS soon as it gets above $270 it gets smacked down for no apparent reason. BTC up ETH up, but XCH gets smacked every time it makes a run. I read an article that it appears that there is something in place to prevent a runaway price. Why would the team do this? Just curious as it seems as if it is EXTREMELY manipulated.

Why would the team do this? Just curious as it seems as if it is EXTREMELY manipulated.

I second this - folks have been mining and hording millions of these coins - they missed the > $1000 and are selling in big batches every time it runs up. Not going to break out unless Chia makes major functional announcements.

I think a basic stabilization has occurred between Chia price and network growth/Chia farming investment.

In other words, the large farmers have sell orders for XCH when Chia hits a number between $250 and $275 trying to get ROI. The over $1000 XCH price got most of us farming and made Chia total network growth skyrocket. The present prices allow for a profit, but not a quick or easy one. Some of the peeps who invested big (and small) need to get at least some of their money back quickly.

Now we are more tied to Crypto prices in general and how much POST becomes a success vs POW.

Over the last month, Chia has gained almost 30% on the USD and almost 8% vs BTC.

In answer to your question, there is always some manipulation, but I do not think we are seeing anything strange in regards to Chia in particular. It will now be hard for Chia to climb over $275 and then later to climb over $300. Sell orders cause plateaus.

There is a lot of maturing that Chia needs to go through. We are very very early on in its life. I still believe it will drop again to around $100. But only time will tell. I have mixed feelings about it. 1. I hate to see it get hit like that because I believe in the coin, but 2. I would really like to see that price so I could make another big buy. I think the next big change (short of big announcements from the company) is when the coin becomes available on some major exchanges. Whether that change is good or bad, I don’t know.

Chia (the company) is absolutely not manipulating the market. That would be illegal and they are being very careful about staying on the right side of the SEC. Besides, how would it even benefit the company?

Keep in mind the current inflation rate is ~200% per year. It’s falling fast (it’ll hit 100% in 6 months) but it will still be quite high until the first halving occurs in 2.5 years. There are lots of new coins entering the market, putting downward pressure on the coin.

Long-term I’m extremely bullish on XCH but it could still drop by quite a bit in the short term.

I was not suggesting Chia the company was manipulating Chia, but rather another source. The dip to the $230 range is not surprising especially in what is going on with the world at a Macro Level. Need to get back to $250 to hold the floor, however if it goes to $160 like it did, I will be buying again. As you, Im VERY bullish on Chia. IMHO, in 3-5 years Chia will make strides never seen before in a Crypto coin. We are only three months old. The upside IMHO, is huge. From Gene H. a bit back.

Gene Hoffman , president COO of Chia, told Insider the company welcomes government regulation. Hoffman said volatility was ‘required’ before mass adoption of crypto and the technology that underpins it.

With Chia going public with a SPAC and then getting the intl banking inline, halving the coin, this IMHO is a screaming buy. I still farm and get my bits, but for the long term, the price at a good dip price to me is worth the investment.

Why would the team do this?

Sorry, I thought you were referring to the Chia team (the company). I also view this as a long-term investment. Just out of curiosity, who else would potentially be manipulating the price of XCH, and how?

I have seen some pump and dumps on the internet. It is strange that people can even advertise the pumps. I’m looking for a nice surprise in about five years…

Price-wise that is IMHO

Today is a good example of recent behavior. There have been two drops, each for about $500,000 trading volume, the first to $235 and the second to $231. The price always then always climbs slowly on low trading volume until another sale order is executed and these abrupt drops make up a good part of the trading volume for the entire day.
When you are only talking about a million bucks a day, this does not appear to be pump and dump. Not enough money in it. Looks like Chia whales trying to extract some money for whatever reason.
Larger pools with bills to pay and peeps who over invested are prime examples.
We could examine the blockchain to try and figure who is selling, but I’m not up for it today, lolz!

Update one hour later … another $500,000 sell dropping price to $185 as I type. Really do have to check the blockchain to see which whales are selling. Looks like one seller, selling half a million at a time with no bottom to their sell order. It is certainly a regular dump that may be intentionally trying to drop the price, or it may just be a whale getting out or who knows?

Wow! What can I say now?? down 17% after we spoke! Buy the dip if you can as it will not stay down in this area much longer. IMHO.

Heavy buy orders now and price creeping back up … many agree with you that this price is too low. Others can also see that this is probably one seller.

Must have been an early farmer from 2017 to get that many coins…I would have held onto that for a while…that’s a lot of money down the train imho on the seller…but he may have got it for pennys as well.

He’s still selling, but there appears to be a lot of support at $200.

Wow…Interesting. How do you see these inflows and outflows with XCH?

I do agree that $200 is a huge floor. I was getting ready though if it fell through. LOL A coin hear and there will pay dividends later 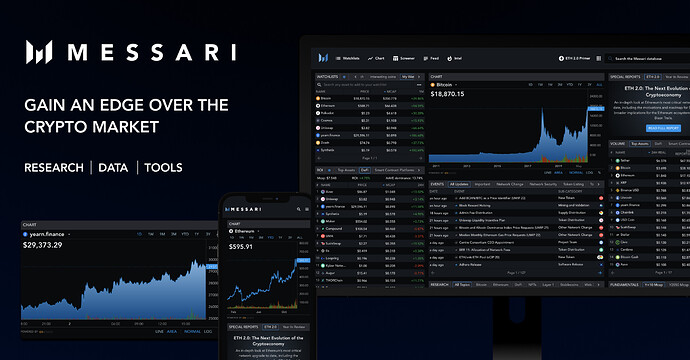 Gain an edge over the crypto market with professional grade data, tools, and research.

The total ended up being about 3.5 million dollars of XCH sold in chunks. Chia withstood the assault, even rising through the last million sold.

I hope this is good. Back around $220 now and we seem to have found the floor value. Nowhere to go but up?

It always looks like a floor until it isn’t. I think $200 will put up a strong fight but will ultimately fail. In the long run, this coin will be a huge winner (I’m betting big on it). But I don’t think the bottom has been found yet. I feel it will get much worse before the big climb.