Dear friends.
A few days ago my lovely internet (fiber optics) provider forget about my renewal contract & switch my internet off. That’s a Thai. That’s Ok here. That happened at 03.00 AM & solve that could possible only via the office. So… I had 6 hours for dancing around my fiber optics modem with 3G/4G dongle tiry to fix everything and continue to farm.
and… I failed.
Firstly, the provider did not switch me off physically, they just block access to the DNS records, so the modem doesn’t look like that as losing internet connection, so… no switch to the 3/4G dongle. It takes a few hours to understand that. Was fixed by pulled fiber optics off from the modem. Ok!
Secondly! I find out, that I can’t open the 8444 port using mobile internet. Only if you are lucky to get “mobile internet with fixed IP”. My provider doesn’t have that option.
But… rambling the internet, find out, that mobile with android using IPv6 protocol & all ports are opened. Is it possible to get “hybrid” device as “mobile&android” + notebook => router with mobile internet & open ports?
Any suggestions?

Mobile internet tends to be proxied, so multiple 4/5G SIMS will have the same public IP address.

Or use your own DNS service, or at least point your modem to use DNS IP’s that are not controlled by your ISP.

I’m sure, that provider block me in case I try to change DNS.
Your idea with mobile internet & VPN - looks more interesting.

I use a pair of these GL iNet routers for all my crypto mining activities. 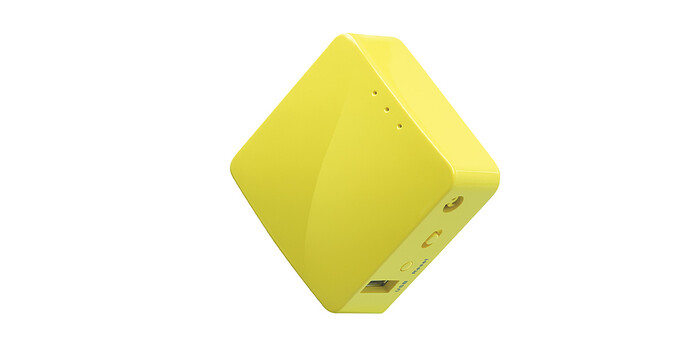 With these, I use TorGuard VPN, which the above router supports natively.

Protect your identity and personal privacy with our anonymous VPN, proxy & email encryption services for individuals and businesses. All of our packages include unlimited speeds and bandwidth in 50+ countries. Get TorGuard today!

On top of Chia farming, I mine many other crypto tokens across many CPU’s, GPU’s and ASIC’s. Never had any issues.

As a short term solution you can get a list of IP addresses from Peers - Chia XCH | ALL THE BLOCKS - Chia & forks | blockchain explorer and then add these to your farmer, as it’s making an outgoing connection they should connect and all should work.

I actually wrote a little script do to this, as it’s best to have a long list as not all will accept the connection

Port forwarding 8444 is really optional, so in case you get stuck on that mobile connection, you don’t need to worry about it, your node will switch to outbound only peers, and will be happy with that. It will take a bit longer (few minutes - sometimes long) to get those peers populated, but the minute you get the first one, you will start syncing. You may also bump up your outbound peers, if you worry about that part.

Also, if you check config.yaml, there are two DNS related entries there:

You can run nslookup on those, and pick something to modify your config.yaml when in need. Those are DNS entries, so not likely to be modified often. Still, if you are worried about it, a script that runs once per day will do the job saving the latest lists.

The first entry (dns-introducer.chia.net) is more or less the original one that is there maybe from day one. Right now it has a bunch of IPv6 addresses only.

I don’t know whether both entries are needed, or the second one will be good enough. Still, the first is only a problem if you ban IPv6 on your LAN.

If you replace those entries, your node will basically run DNS free.

However, if you are pooling, the farmer is most likely using DNS name from the pool section to chat with the pool. I have not done it, but maybe you can swap that DNS name for an IP. Although, most likely that will not work (apache / HTTP 1.1 (basically no one runs HTTP 1.0) runs virtual hosts on a single IP, so one IP basically reflects multiple DNS names, and I think that you cannot target a given virtual server when using an IP (unless you do your own code that will properly populate HTTP headers, what you cannot do easily using chia’s binaries)).

Although, as @DanRelfe mentioned, at least some mobile networks run various proxies, and some of those change your IP from time to time (often). So, a VPN maybe really be the option that is needed.