Chia being mentioned like this is what will bring it to the top in the coming years.

In terms of technology, a lot of companies are already working to improve blockchain’s shortcomings. TRG Datacenters identified Chia Network (XCH), IOTA (MIOTA), XRP among the most energy-efficient blockchain technologies. 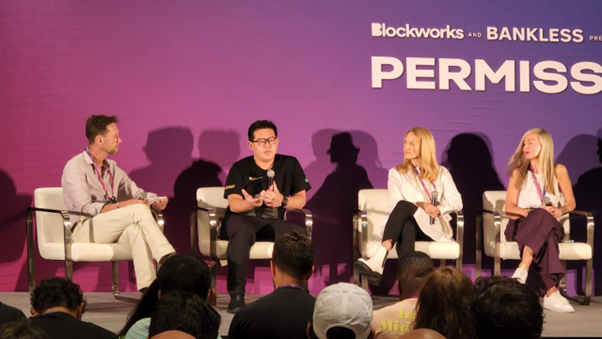 Project SEED to Shape the Future of Blockchain Gaming | Bitcoinist.com

On May 18, 2022, at Permissionless Conference organised by Blockworks in Miami, CEO of Project SEED - Liko Subakti gave an insightful panel discussion on

Isnt xrp on the ban list ( i know many dont follow the regs ) but anon coins ( i doubt ) will be used by big business .

Chia being mentioned like this is what will bring it to the top in the coming years.

I have missed where it is mentioned that especially Chia will be brought to the top. On the other hand, what I gathered is that Chia is just one of 45 entities (with the list growing) all of them working to decarbonize crypto in one way or another. So, yeah, the decarbonization trend is out there, and everyone claims to be the [future] leader. 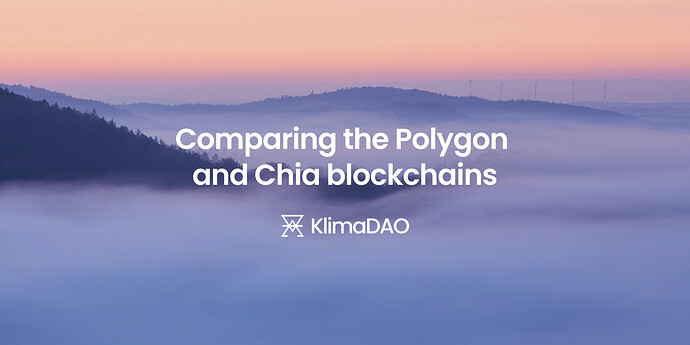 A comparative study on the suitability of the Polygon and Chia blockchains  to serve as the base layer for the on-chain carbon market.

On the surface, this article looks like professionally written with plenty of sources. However, once those sources are being scrutinized, it looks like mostly a BS peddling article (still with some good datapoints here and there).

However, I would not dismiss it. KlimaDAO is based on Polygon blockchain, and this is where we can start drawing parallels. Polygon in Chia’s lingo is the part that works on the mining / farming (blockchain) side, where KlimaDAO is the one working on equivalent of Chia’s banking side (World Bank, …).

The only goal for Polygon is to provide a robust blockchain plus a platform to run apps on it. They started in 2017 (same as Chia), and already claim to have ~20k apps. From my perspective, seeing Stripe potentially adopting it is really huge (to be used as a payment option in [most] of web-based transactions). No serious payment system will look at Chia, if there is no transparent bridge to other coins.

Saying that, I am not sure anymore whether Chia has “the best” [decarbonization] technology (sure, betamax vs. vhs comes to mind). Also, it looks to me that it could be already left behind as far as platform for decentralized apps.

Whilst Chia is more energy efficient by a significant margin than some other cryptocurrencies it is still too inefficient to be sustainable at $35/XCH with electricity at £0.30/kWh.

If this were not the case we wouldn’t be seeing significant shutdowns in the Chia netspace.

Its hardly surprising all crypto has taken a hit when the cost of energy versus the value of the crypto it becomes is so unfavourable at the moment.

I have missed where it is mentioned

Are you saying you don’t see where it is mentioned? Paragraph 5 just below the heading of “How Project SEED can solve these issues in the future”.

As for the KlimaDAO, take a look at this article. 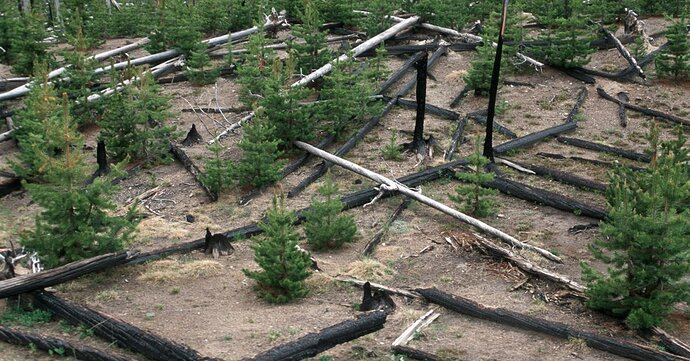 The Crypto Industry Was On Its Way to Changing the Carbon-Credit Market,...

It basically spends a lot of time saying that Toucan, Verra and KlimaDAO attempted to convert carbon credits to the blockchain only to figure out it is just a bad way to do it. After initial excitement faded many called the effort a distraction. They are now saying this:

But Robin Rix, the chief legal, policy, and markets officer at Verra, told TIME that while his organization definitely wants to scale up the carbon-credit market, it is now leaning towards trying to do so through bank-led initiatives, like Carbonplace, as opposed to crypto ones.

Which is what Chia has already done. So as with everything, it depends on how you look at it. I think Chia has a step up on the competition. But we’ll see where they go from here.

I guess, my points were more along the lines that I really like the Polygon / KlimaDAO splt. Polygon is solely focused on the blockchain / platform level (e.g., farming software we are using) and doesn’t weight in where apps should go. KlimaDAO is just an example of a client based on that platform (e.g., Chia’s business focus). So, even assuming that KlimaDAO will fail, it means really nothing to Polygon platform, as other clients are being built (whether climate oriented or not).

The second one is that the Stripe development may be really significant, if that will go through. That can make Polygon the main payment option for a lot of apps. On the other hand, Chia is pompously stating that the problem with not seeing exchanges supporting Chia is the signature used. Well, if the problem is well identified, then who is working to fix it, what is the ETA for that?

As I said, that KlimaDAO article is rather garbage, but still one can make a point that they use sources that Chia doesn’t bother to correct (e.g., that dumb flash / hd longevity BS). That stuff is repeated everywhere, and I really wish Chia would be making some efforts to counter that (a good example is Wikipedia article about Chia - take a look at that second paragraph - looking at the history of that article, at Discussion page, there was not even one attempt to clarify that).

Yeh, the hard drive longevity “issue” has been so blown out of proportion and even stated completely wrong. Hard drive life for storing plots is not an issue. Basically the same work as any storage server. The “issue” is supposedly the plot creation drive life (the temp drives used when creating plots). The NVME drive lifespan. But I created a thread a long time ago asking if anyone has ever actually killed a drive. That thread is one of the biggest on this forum and out of all the posts there have been only a couple dead drives and those died early. Obviously just defective drives and got replaced under warranty. I have drives at triple their TBW numbers and still no issues. Those articles and videos screaming about how Chia kills drives are total nonsense. Either content makers just looking for a hot topic or competitors trying to steer farmers away from chia.

The “issue” is supposedly the plot creation drive life (the temp drives used when creating plots). The NVME drive lifespan.

That is really not the “issue.” When you buy a car, your warranty is 5 years / 50k miles, whichever comes first. If one drives such car 24/7 on a race track, one cannot whine about 5 years warranty not being respected as the 50k part gets triggered.

Either content makers just looking for a hot topic or competitors trying to steer farmers away from chia.

As with the Wikipedia, the third option is that Chia does nothing to correct it, so one cannot use Chia’s article to counter such obvious BS.

Lastly, all the articles we listed in this thread are assumed to be self serving, and most likely only a handful of people read them. On the other hand, Wikipedia is one of the most trusted sources of info. Also, whether is written in English Wikipedia will be further translated to other languages. So, not correcting that article is a negligence (IMO).