I would like to run mutiple GUI’s on the same network* because I prefer the GUI plotting over CMD/CLI.

Would the following setup cause any issues;

Another PC with GUI running

Another PC with GUI running

Can’t see an issue with that but using something like SWAR’s plot manager would give you an edge with more control than the GUI. So easy to use my mother could do it and gives you a nice display of what’s happening,…worth a punt and doesn’t need much input to launch every time. (3 lines, up arrow cycles through them after the 1st time) 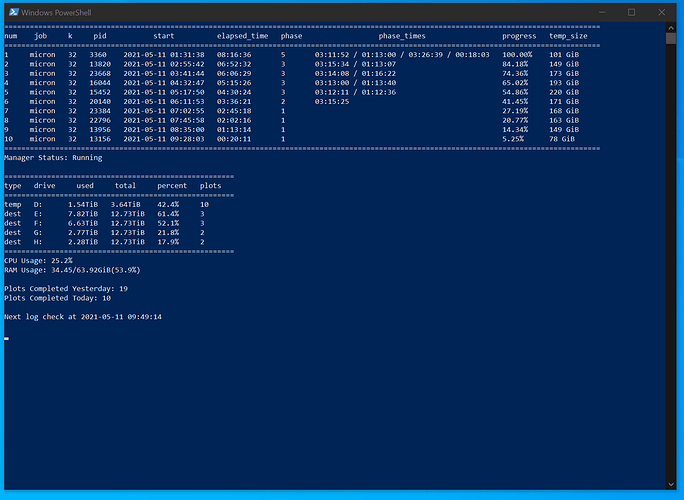 At one point I ran this setup with 10 machines, and while it was not pretty, it did work when the blockchain and the network was relatively small. It worked particularly well when I pointed full nodes at each other: they would stay in sync beautifully. This could probably work now too, with three machines. The problem is that full nodes are very resource intensive, and it would be best if the developers put in a switch in the gui that would turn off the full node. I kind of wonder if killing the node process would work. Probably not – I bet the gui would crash. Anyway, the Chia developers did not bother to put a switch. If I were you, I’d run the full nodes on the machines that you have while figuring out either SWAR’s or simply launching a series of powershell scripts. I also got Plotman working once, but I still do most of my plotting with hommade scripts. Swar’s is reasonably easy to install, but not very easy – the configuration file contains a few gotchas. You got to make sure that Python adds itself to the PATH variable (it’s easy to miss), that the latest executable is py.exe, not python.exe, that you pip install the all the necessary modules, that you don’t forget to change the chia daemon path every time you update, etc, etc. So run the gui machines to gather the plots while figuring out the command line solution.

By “Same IP” do you mean on the same network? Or do ll 3 of those PCs have the same IP address for some reason?

If you mean on the same network, then yes, you can do that. I was doing that before I switched over to CLI plotting with plotman automating everything for me.

I recently started using WSL2 running ubuntu on my windows 10 machine so I could use plotman to plot automatically. It is a Godsend. I was using the GUI regrettably for the first 4 weeks of plotting and no wish I would have used plotman from the beginning.

Its not too complicated as I was able to set it up. I’m a technical person but not that technical.

Tnx for the answer and advice. I invested the time yesterday to make 1 full node and use CMD to plot on my dedicated plotting machine after doing the certificate thing and suchs following the github tutorial.

But I think the GUI is already delivering most of the functionalities we need as 1 PC plotters. I mean look at this screenshot: 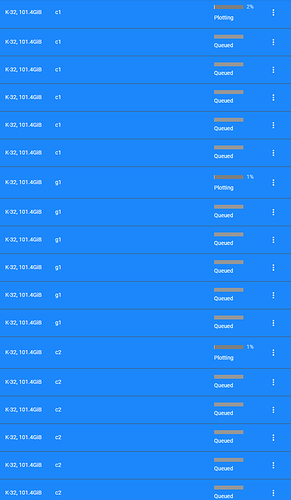 I can set up 8 parrallels with any number in the queue for each of them. I can add more in series to any of the queue’s at any time in the future. I can configure the temp and final drive for each individual plot. So in practice I just fill my 8 queue’s with enough plots whenever I connect a new HDD. That happens max twice per week as I only plot on one PC.

I’m sure this can all be done with a plot manager. But I really doubt I or anyone plotting on one machine would see a time benefit in installing and learning to use a plot manager if you aren’t used to CMD/CLI already. Unless you’re already planning to plot for months ahead? Which I’m not to sure about at this moment.

Seeing @instrumentality and @chiajay ALSO commenting that my solution is fine and they ran something similar in the past BUT moved on to SWAR/plotman is making me reconsider though!

I would not say this solution is “fine”. I’d say it’s less problematic than some people here will tell you. What matters is plots on the disks. With correct keys. I am still sort of trying to wrap my head around how the key architecture works. So the key sharing thing that you need to update during every version upgrade, on 10 machines? It does not appeal to me. What if the farmer has fsk1 but the wallet psk0? I guess that would not work But I actually meant wsk0. Maybe that would work. But I kind of don’t what to experiment. 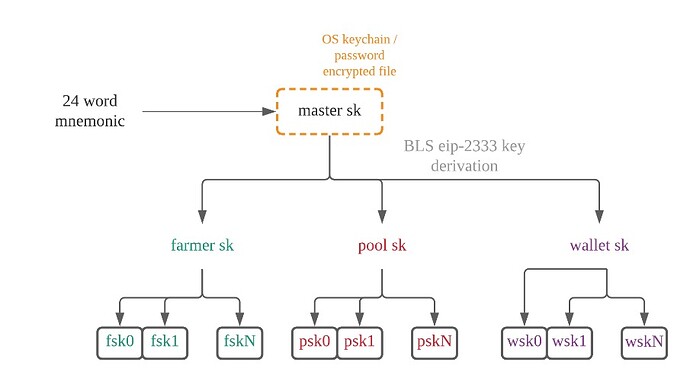 One thing I would suggest is ofsetting the string runs against each other. You want as few plots in the same phase as possible.

@instrumentality Oh yes the staggering, I forgot. For now ima stagger them in the windows resource monitor by manually suspending them.

Guess a plot manager is better as soon as you start worrying about staggering.

I’m in the same boat, single plotter. Main advantages i’ve found, you can restrict the maximum plots in phase 1, it’ll run infinitely and cycle through HDD’s until full, don’t need the gui running (put keys into the config or leave blank if on your main machine). Roughly 28 plots a day now with a single Gen3 being the limiting factor.

The SWAR config’s an absolute doddle to setup, can even ping you on discord when plots finish. Instructions for setup on the wiki page are the best i’ve read through, really good. Only thing i think that was missed is the python PATH thing. I ended up having to google it, it’s just a check box on install that needs ticked.

Ploto is another that seems really cool and continual dev, if ploto and swar got together to combine current scripts they’d have a superb plotting prog. (ploto has auto space check / move etc which swar’s prog would benefit from, ploto doesnt have max per phase or start phase early).

I did the thing and am now gone fiddle with the settings once per day. I chose SWAR btw.

@DougieC It’s not THAT easy

This actually took me a few hours.

Haha, at least it spurred you on to try it!