I have been farming along with zero issues since April that were not documented or an easy workaround. I have an issue that I know someone knows. My rig is Win 10 Pro running Chia 1.26. In the middle of the night, we had a power outage. My battery backup unit did not last as long as the outage, so the rig shut itself down.

Since then, I can not get more than 8 peers. It is as if I have 8444 not port forwarded. I went to my router, and it was still set properly. I even deleted the config and redid the port forwarding. I bounced the Network (1GB 100% all fibre) and rig, and I still cannot get my normal dozens of peers back.

I noticed that when I used to start Chia, a windows pop-up would come up asking me if I allowed a certain network access, and I would say yes, and 8444 was wide open. I now no longer get the warning message/question. I believe my problem is Windows-related and not Router or Chia-related. Any thoughts on this would be great, as it brought me back to the days of not being able to synch. It is ugly, and I have lost two days of farming due to this. I look forward to any feedback from anyone. Thank you so much for your attention and participation.

A similar issue at my end, still trying to figure out what went wrong, I’m stuck at 8 also, and I have also a fiber connection …

Well, I never get that warning on my windows-machine.

What happens, when you manually connect to another peer?
Any hints in log?
Maybe a wrong setting in config.yaml that took effect after restart?

First thing, I would try in ur case, would be to try another PC. Copy existing DBs and see, how many connections it can have.

Have you had any issues? Was this since the 1.26 update? as I just updated to 1.26 on Tuesday when I got another 18 TiB HDD. The logs do not provide anything. If you are getting only 8 peers as well, than that is very suspicious. Have you seen anything about this from the devs? Also, I can say since the new release and only having 8 peers, my system chokes which it never did in the past. (when plotting) 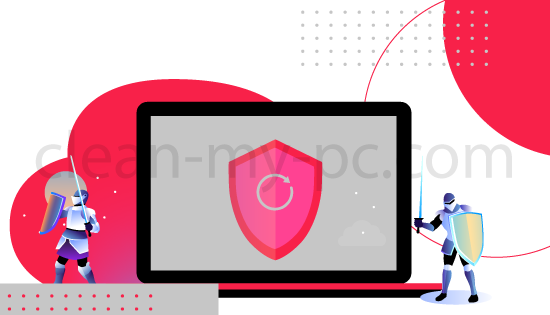 I had a similar problem after a windows crash,
also the plots did not pass anymore,
It was just because the windows hour was 15 minutes late.
just have a look on it…

What do you meant the windows hour was late? Was it the time of the PC you speak of? TY

I will look at this first thing in the morning. TY and I will let you know.

Yes, I don’t know why the windows time (bottom right) was 15 minutes late?

An extra word wont kill me…LOL I will wait for 1.28, sometime next week. Have you also noticed the Chia GUI (at least for me) NEVER comes up straight away. You wait minutes and it fails, hit the button again and again multiple times and poof something works and it comes up. I logged it as a bug and someone is looking at it. We shall see. But now that I think about it, I’m going to upgrade to 1.27 just for grins after my plots stop and see what happens. I will let you all know the results.

I checked my clock and it was spot on…We will see if the upgrade does anything. As my days as a mainframe engineer, if it does work it will be officially known as an ‘IFM’ fix! LOL! Who goes back with me to those days? I will tell the acronym if know one gets it but it was very popular if you were an engineer and stuff started to work with no explanation. That is a big hint

You wait minutes and it fails, hit the button again and again multiple times and poof something works and it comes up.

Something is amiss in your setup, that’s just not normal, not for Win10, not for chia sw. I’d either look into it or have some one else, esp if you intend to maintain a chia farm/plotter long term. Perhaps corruption due to the power outage / or maybe not. Good luck!

I have had this issue since day one and I have spoken to many other users and they have the same issue with Chia not coming up right away. It also takes them multiple tries. I waiting for the plots to end so I can do the upgrade and see for kicks if it does anything. More to come & ty for letting me know your thoughts.

Well, I upgraded to 1.27 and I still have the same peer issue. I believe it has something to do with Windows Defender but when I look at it Chia 8444 inbound and outbound is selected and active. I cannot figure this one out.

Wait a sec … Is having only 8 peers causing you any problems? Peers are just to keep the block chain up to date. If you are syncing and farming ok, then what is the concern?

Well, its a couple of things. One, yes, when I update or reboot for some reason, the time to synch takes time. In the past, I got well over two dozen peers every time. I think defender has something to so with it, but I’m synched and running along, but I do not know what changed as it was in this state for over two months until the reboot.

I’m stumped. I’m running Windows 10 and defender is running. I just checked my client and have too many full node peers to count.

Did you have both the private and public boxes checked for the two security checks during installation of the client?

My win 10 machine also sometimes has issues after updating.
I thought there was a database of peers stored, but whenever I update it gets wiped and I start with really low quality peers causing sync to take longer than I’d like.

If you’ve only got 8 I’d say that’s a big issue towards syncing.

I’ve just updated to 1.2.7 and the whole wallet was up and running after apx 20 mins before win defender popped up asking if it is allowed to run chia, I think this is the window you also see… (Afaik it has nothing to do with ports though).

Edit. Just been scanning my logs and saw a new warning.

This seems an odd warning as I’d have thought it wouldn’t matter what version your running.
So it seems updating is actually more important than I’d realised.

I have been getting those errors since day one. I wish we could black list/white list peers so we could cut down on the noise.