At the beginning (on Monday), I was able to plot every 59min but during the night of Monday/Tuesday, it slowed down to 95/100 min per plot, without any change, I clearly don’t understand, do you have any ideas ?

It could be a trim problem. Ubuntu does not enable it by default on ext4 as far as I know.
You could try formatting the disk with f2fs, which is designed for ssd and has trim enabled by default.

Also I think that cpu should do faster plots than 59 minutes, so your ssd might be holding you back here in term of plotting speed

Thanks for your reply.
I followed what you said, formatted the disk with f2fs but it’s still very slow, the first step took 2500 sec, as before…

About the NVME, I also guess it’s not the best one for plotting but 59 minutes is acceptable for me for the moment, not 100 or 110 min

Apparently, it really comes from Trim not activated but I have difficulties for “activating” it, I’m not very familiar with Linux

The increase in P1 times indicate a throttling of some sort. Either thermal, or you have a QLC or TLC drive that runs out of cache after a few minutes.

It could be a trim problem. Ubuntu does not enable it by default on ext4 as far as I know.

It runs fstrim weekly, IIRC. You can run it manually after every plot. Alternatively, you can mount the volume with the discard flag.

I did a quick google and it looks like this is a QLC drive with very low write endurance (800TBW). If you apt install smartmontools and do a quick smartctl -a /dev/nvme<X> it should tell you the remaining spare threshold and total bytes written.

If you’re intent on using this drive, you could try over-provisioning it by resizing the NVMe namespace, but I’ve never had any success doing this and it’s not supported on most consumer-level drives. If the drive’s controller is partition-table-aware, you might be able to get away with creating a ~330GiB partition and leaving the rest of the space unpartitioned.

Apparently, my NVME is a SLC drive. 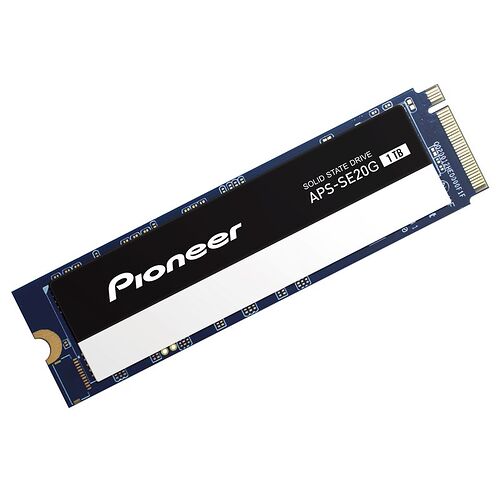 So apparently, this command worked but I don’t understand why it didn’t work for the first plots but only from the 5th…

Thanks all for your help

Apparently, my NVME is a SLC drive.

QLC NAND has four bits per cell. That makes it great for high densities but the controller has to do “more work” to write each cell, so it’s slower. SLC cache picks a region of QLC NAND and only uses the first bit in each cell. This dramatically reduces the total capacity of that region but it takes on write performance characteristics comparable to “true” SLC NAND. This has a few implications:

I’m generalizing here—not all QLC drives work exactly like I’ve described—and I’m not even sure I’m describing it 100% correctly in the first place because NAND flash is dark magic. But that’s the gist of it.

Very strangely, after typing the command “sudo fstrim -v /media/harstof/NVME/” yesterday, the first 4 plots took long, something like 90 / 110 min then the 5th and others took between 57 and 59 min maximum as at the beginning!
Now, it’s the 20th and still around 59min.

That’s great! I suspect that 1. the drive definitely needed to be trimmed, and 2. the SLC cache was full and the controller needed some time to move everything off to QLC as I described above. So as long as you keep the drive trimmed, you should only have to worry about the SLC cache filling up.

About your suggestion to mount the volume with the discard flag, could you tell me more ?

It’s a mount option. How are you mounting the NVMe in Linux? Typically you would do something like this:

To add a mount option, pass the -o flag to the command:

Turbo unlock is a function inside the BIOS ?

It’s a little more involved than that. You actually have to modify the BIOS image to remove some sections, then inject a driver that loads a different boost table. Then flash the modified BIOS image. There are tutorials online and on YouTube if you want to pursue this further.

Information about my NVME:

Drive looks fine. Keep an eye on that Available Spare. If it drops below 100% you should probably stop using the drive—or at least pause plotting for a bit to see if it recovers. As Data Units Written approaches 800TB you might start to notice more issues… or sooner… or later… every NAND flash package is a beautiful and unique snowflake.

One other suggestion: make sure you’re using another volume as your final destination. This will help the drive keep enough free space to use as SLC cache. Good luck!

Many thanks for these explanations!

Many thanks again for all your help

My question concerns the name of hdd destination, in my example, it’s “SeagateDrive” but if it was “Seagate Drive” (with a space between both words), it doesn’t work because of the space (I guess), how to fix this without changing the name of the hdd ?

I’m assuming with -r at 24 you have dual processors? Because something is very wrong with your times and as others have mentioned it is without a doubt your Pioneer NVME drive. I have the same processors in one of my machines and when I tested plotting Maxmax with both temps to NVME I was getting about 30 minutes a plot.

I’d recommend to invest in a better NVME drive if you want to go faster. My personal favorite bang for buck NVME drive is the SK Hynix gold P31 1tb. Then just set up hourly trim. If you get 2x drives it will be even faster, and if you use a Ram disk expect under 25 min plot times with those processors.

From my understanding, with Madmax you are supposed to set the thread count to the physical core count and not thread count. Whenever I tried running anything beyond 3/4 threads more than core count I have it ran worse. Have you tried testing it with 12 or 14 threads?

i am sorry to tell you, but you are wrong. just enable SMT in your Bios.
but…

doing -t 64 doesn’t give your more speed (frankly, you even get lower plotting speed with -t 64) i don’t lnow why.