Plotting to RAM Disk instead of SSD?

Has anyone tried setting up a ramdisk for a single K32 plot and see how that compares to SSD?
Im not sure how to do that, but I think there is a way, just wondering if anyone has tried it and what the results were.

1 Like
RAMdrive vs SSD
RAM Plotting instead of M2
Performance loss plotting on multiple HDDs in parallel
codinghorror April 29, 2021, 6:49pm #2

Yes! Some people on Reddit did it, and talked about ~4 hour plot times. I’d have to search to find specifics. There is a floor under which you cannot go any faster; infinite disk speed (that’s what a ramdisk effectively is) doesn’t produce mega-fast plots.

So this person plotted on RAM disk and it still took 5.5 hours. That’s clearly a CPU limit. So with the fastest possible CPU and a RAMdisk, I think you could do a plot in 4 hours.

Cool, I have an HP server with 256GB of ram, so I should be able to run 1 plot in memory and other plots to SSD. Plotting to SSD is taking about 7-9 hours currently, so 4 hours would be useful. I was also thing about Raid-0 SSD’s…

RAMdisk isn’t a whole lot better than a simple NVME though, so unless you have memory that is doing absolutely nothing else useful, sitting there idle, it’s not a great tradeoff… you’d be better off doing more plots in parallel.

Yea, I wasn’t clear. I will still be plotting on the SSD’s but I tought I could get an extra plot running using the RAM since it’s not being used for anything. The entire server is available for plotting, just looking for ways to maximize. The server doesn’t have any NVME though, it’s older HP 1U rack mount server.

Wow you must have a LOT of RAM in that server lol!

Let us know what kind of results you get!

Yea, the server has 256GB Ram and 8x 800GB SAS SSD’s. Ive just installed CentOS, and am going to try and figure out how to install Chia on CentOS next.

Lucky you, earlier versions of the plotter needed more than 256gb of space to plot as I recall!

One big benefit to using ram for plotting is the massive write endurance of RAM. You’ll get many more plots out of ram than you will out of the best enterprise SSD!

Hmm yes, but that pales in comparison to parallelization and cost per plot. RAM is quite expensive, especially in the amounts needed for plotting entirely in RAM!

Ram has infinitie TBW, dont even know how much NVMEs wass kiled by plotting

Still, in Brasil the SSD prices are absolutely out of the charts, and they will probably continue to go up, so, even if RAM is expensive, in the long run woudn’t be cost effective?

You forgot something, TBW…

Hi! Is an external PCIe RAM disk suitable for plotting? As far as I understand, I need 512G to be guaranteed to work with the K33 plots?

Welcome! That ram disk looks awesome! (Love the utube music as well). Fire that baby up and give us some times on k32/k33 plots! 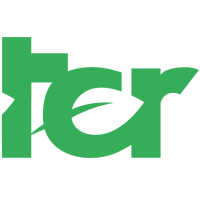 Difference between a k32 and a k33 plot file.

Short answer, not much aside the size of the final file, the generation time and the resources involved in the process. The long answer however lies within what to do with k32 plot files and what t…