Plotting with many cheap machines

just out of curiosity, there are so many high end builds in the 5k$-6k$ range, why bother, is it not more efficient to have 6 1k$ machines plotting in parallel? What is the sweet spot in terms of US$ investment for equipment per number of plots per day?

But what will you do after plotting is finished with all the little computers? 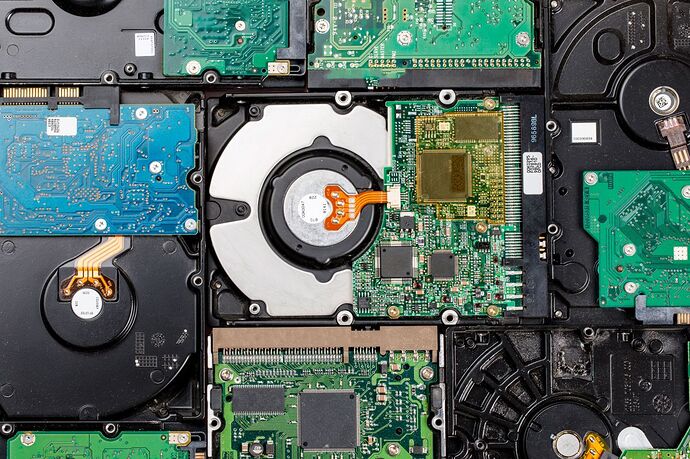 I see, it does not make a huge difference going for the big guns
So who can plot like 200+ or even 500+ plots per day and how are you doing it?

That article is useless. Who cares how many plots a machine can do “at once”. OK, I build a machine and it can do 22 plots at once (in parallel), BUT it takes 48 hours for it to finish even one of them. Well, that sucks. The real number it should be showing is how many plots per 24 hours the system can produce. If you had a system that could only do 4 plots in parallel but that beast can crank them out, it would be better than the $4500 system. I don’t understand their measurement of value.

@WolfGT I totally agree with you, but I guess that those machines will do those number of plots simultaneously in about 6-8 hours each. So you will probably have to multiply those numbers with 3 to achieve 18, 30, 66 plots per day; they might also be able to do 4 plots per day and thread, which would mean 24, 40, 88

So, parallelisation across multiple machines is good, but I wouldn’t go to much lower end than I have already, don’t have the space. Also if 5950xs weren’t rarer than unicorn poop I’d rather have 2 of them.

By far, the best value that I have found is an old server. I picked up an old (12 years old) Supermicro server with dual xeon’s and 128GB RAM. Added 4 quality NVME’s and it can do 50 plots per day. I have two other plotters that are “budget” builds. They can do 24 plots per day each and the server was cheaper than just one of them. So that is just under 100 per day between 3 plotters. Still tweaking. I may be able to get 100 if I push it. Just trying to fill my space and more importantly, get my plotting process maximized for when I need to replot for pools.

Same belief here - old multi-core server/workstation are such good value if you get them at the right price. I used a couple of Dual Xeon V2 and an existing Ryzen 9 3900X for plotting - that will be returned to its regular service soon and i purchased a Ryzen 5 3600 used MB/CPU for use as a semi-dedicated Farmer for 100+ disks - the workstations will be sold soon as their plotting lives near an end - i had them in stock anyway so apart from a delay in transitioning to sale and a handful of 2nd hand HBA, a few retail SSD (which i will keep) and 3 enterprise SSD (which i will sell) my main outlay was 2nd hand 6-9 year old SAS disk and LOTS of cables

My total outlay for 300TB farm was less than 1 “good” plotter built by many. There is nothing wrong with a high end plotter if it has dual use (that is a bit difficult to imagine) or will transition to another role fitting of its cost

or with hdd’s, slower, but also cheaper

I agree with plotting at the lowest possible cost. Starting with things you already have and then adding low cost used hardware. A HP Desktop with an i7-7700 and 16GB can be purchased for $275 or less used. Add a 1TB NVMe and it could plot 15 a day. They’re small and can be easily resold.

Used datacenter servers are another option if you’re looking for a more capable solution. Dell Poweredge servers with 6-12 cores and 32-64 GB of ram are dirt cheap, starting at around $200. Probably not something that you want running in your spare room, but an option.

For farming, it is probably worth buying larger drives due to the ongoing energy costs. I have 10 - 4TB drives that I am hoping to retire at some point. But I got them for $10/TB and they are lightly used. So they will be part of my farm for the foreseeable future.