We’re only a couple weeks away from transactions, and I’m sure price it’s on some people’s minds.

I imagine most early adopters will hold or even buy, but what price would make you think of parting with some of your XCH?

E.g. I would have a difficult time holding on to 100% if the price was over $1000. I’m not claiming it will get there, but I don’t see myself selling for much less right now.

Not until it’s worth more than BTC!

I will happily enter into a legally binding contract (with my real identity, proof of credibility and assets, etc) to purchase up to 10,000 chia at $30 USD per Chia.

Private contracts a month ago for people to lend to support purchases of disks and other equipment pledged the coins at $45-50. The last week those private transaction numbers are $180-200 a coin. I know that most whales will not be selling under $400-500 and the current coins in circulation are concentrated, as farming follows a power curve, not a bell curve. I would expect some profit taking to cover some costs and some selling from smaller farmers, but the big holders are in it for the longer term.

If anyone would sell this low, I bid $35/coin

Take this with the world’s largest grain of salt, but Bram shared this last night on Twitter/Keybase: https://www.hotbit.io/exchange?symbol=XCH_USDT

I’m not really familiar with what Hotbit is, but looks like some sort of secondary exchange.

Ah it appears this has launched as an IOU, and from reading this page, it looks like Hotbit themselves is actually farming coins and then putting them up for early trading on their own site. 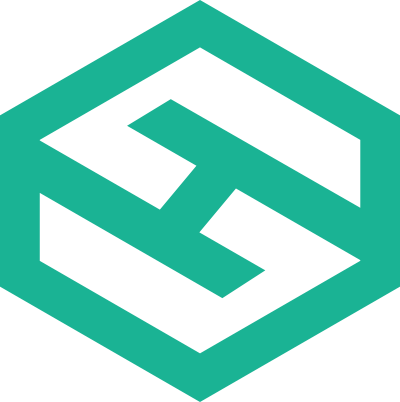 On last meeting Bram Cohen asked storage_jm
“- what if price will be 9000 usd?”
“- then every ssd on the market will be sold out and we will try to farm on thumbdrives”

Seems that this 9000 usd per XCH is in the minds of creators.

I’m sure they mentioned that number because that was the peak value as an IOU on a Chinese exchange. Not because it’s expected to hit that value.

There was a Bram Cohen and storage_jm, engineer from Intel.
They mentioned 1000 usd and 9000 usd.
They also told that the current grow of the netspace is x16 times bigger that they calculated on their model.
And Bram said that the netspace will hit 50 to 100 Exabytes until 1 Jan 2022.
Intel guy told that with the updated model there is no economical value to sell the XCH below 350 usd.

The biggest variable, in my view, is how much of the premine will be “loaned” to market makers to add liquidity. If too much then by the time farmers show up with their XCH, the market will already be saturated.

I was really inefficient so my costs with just my current xch would be $75-$100/XCH, but I’m not likely to sell right away.
The prefarm can’t me sold without them getting a charge for illegal securities trade. They’ve said they’re staying out of lending for a time after transactions start to let a price stabilize on it’s own, but the whitepaper has whatever details we’re getting that’s not under NDA.
Excited to see!

Gene will not let that happen, I have asked him about this before.

Hope you’re right. I’d like to sell 10% of my bag and at least recover my cost.

I’d like to continue this discussion now that we’re 2 days in with transactions enabled, and the price sitting at around $680 on okex at time of writing.

Is this what people were expecting?
Has anyone done an analysis on fundamentals here?

Personally I am honestly surprised it is staying this high. I really don’t want to be a fudder, but for a project that doesn’t have much adoption and ecosystem yet, this gives XCH a market cap in the top 25. Sure there are some absolute shitcoins in the top 25, and this is definitely not one of them.
I think I was just hoping to get in at a lower price point!

I’m not sure a proper analysis of any coin should factor in hurt feelings. Feelings do not a valuation make but market dynamics and economics do. Chia is the strongest team to ever create a fundamentally new consensus algorithm on which a cryptographically secured perpetual ledger is maintained. It’s adoption after just over one month is unprecedented and Bram is a generational genius. Chia is the first crypto to truly disrupt the space that Bitcoin created. I would say if IBM was first Apple did it best. One could argue they both are wildly successful but in different and overlapping arenas.

Whoo those are powerful words my friend. I hope you’re right… time will tell.

I feel like I completely whiffed on bitcoin, I swore it was a giant dumb ponzi scheme and now it is patently clear that, for better or worse, bitcoin is here to stay. I don’t want to make that mistake a second time, so here I am, fully present, for Chia.

We’ll see where this goes

I hear you that feelings shouldn’t factor into a fundamentals analysis. But I think that they really do. “FUD” is purely based on feelings - stability and confidence is key to any successful economy. Bitcoin and DOGE are getting more stable and therefore people are more confident to invest. If you had told me a year ago that DOGE would be top 5, I would have laughed. But I digress.

I think a factor here is some of the whales (hpool and the like) have obviously been manipulating the price. We saw very low volume with very high price on some exchanges, no doubt caused by someone wanting to set price expectations very early on the bag of chia they have farmed.

Last I heard Chia has had about 16m in funding? It’s hard to value a company based on funding alone. From the chia business whitepaper:

Chia Network intends to sell software service and support for its open source blockchain and
smart transaction software to governments, financial institutions, corporations, and large buyers
and sellers of storage. Chia also expects to foster grass roots development of DeFi, DeX, cross
border payments, and new end user wallet innovations to accelerate the development of new
applications that have not been invented yet but are only possible with a secure, distributed
programmable money.

Chia Network intends to list the equity of the
Company on an major stock exchange to strengthen the credibility and regulatory certainty of its
open source software support business with governments, financial institutions, and enterprises.
The Company expects
its equity valuation in a public market to correlate to the price movements of chia coins on digital
money exchanges.

So they do seem to want to peg the company’s valuation to the XCH valuation. The company owns 21m XCH, at current market cap of about $15b, I hardly think anyone would value them at $15b with no disclosed contracts with large institutions / governments / enterprises.

Sure about Bram, and if Bitcoin-proven Nakamoto consensus does indeed work without proof-of-work then it’ll soon be realized by everyone, and if Chia’s programmability can move the “DeFi” ecosystem from the godawful Ethereum platform, I’d have quite high hopes for it. My focus is on developing services/apps…CARs & CDRs! --joe