Yesterday I setup a remote harvester on a Netgear ReadyNAS. Well, I wanted to setup just the harvester. I had a hard time getting the docker version to just load the harvester and actually work. So I ended up loading the full node and got it working. I shows up in my full node as a harvester and the “Plots Passed Filter” traffice shows in the “Last Attempted Proof” section.

But today I realized how maxed out the memory was on that NAS. It was running the node fine with not problems. But I didn’t like it running so tight. So I stopped all processes (node, timelord, wallet, farmer …) and then just started harvester by itself. It appears to be working just like before. It still shows in my full node and the debug log on the harvester just shows harvester traffic.

Is this alright? Will it run just fine like this? When it earns a reward, will the full node remotely take care of it?

It has now disappeared from the Harvester Network list. But the “Last Attempted Proof” list still shows the traffic from the harvester.

Can you send commands to the docker?.. i.e. chia stop -d all and then chia start harvester -r ? That would have it just run the harvester.

Realistically, I think you can run any chia.exe command, just preempt it with the docker command shown above.

Also, FYI, I did not use the official chia docker. I just couldn’t get it to work and after hours of being pissed off at it, I attempted this one and had better luck. 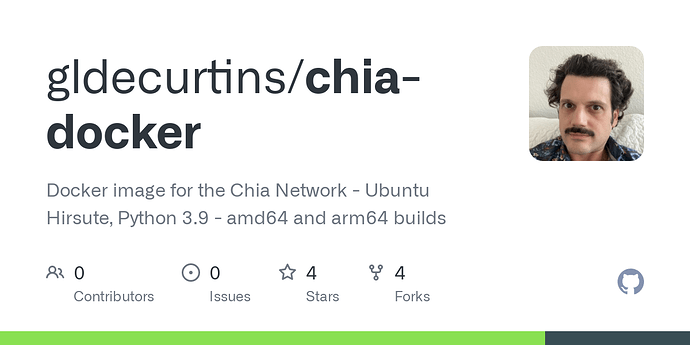 I also didn’t enjoy the official docker image… but I just used a vanilla Ubuntu 18.04 docker and built up from there myself. So I ssh in and use it like any other machine.

I thought about it, but that particular NAS is kind of old with very limited RAM. So I figured I would keep it light. That is why I am wondering about the full node / harvester situation. This morning after noticing how maxed it was on memory, I stopped all processes and then just started the harvester. But it disappeared from the full node harvester network list. That made me nervous. I looked through the logs on the full node, I didn’t see any harvester traffic. So I started the full node back up on the NAS. Later discovered that the new version of Chia does not show any of the harvester logs unless you turn on DEBUG logging. But that still wouldn’t fix the missing entry in the harvester network in the GUI. So, I guess I’ll leave it as a full node for now.

As long as it’s pointing at your main farmer in the config.yaml, it should be ok… the second full node is kinda just wasting its resources.

I trust the new debug log entries to know it’s connected and working, I don’t use a gui to see that connection list.

I’ll try again later now that I know where to look for the logs (the new DEBUG setting). I really would like to cut off that node and just run the harvester. Mem is too maxed.