Hi bought too many and have these as spare. They are brand new and sealed. Only doing London/UK meet as that’s easier for me. Please let me know if you are interested willing to consider ALL offers

How much each USB drive?

This is scalping at its worst.

The listing you are looking at is out of stock and has an outdated price and is likely not going to be in stock at that price again for a while. If you check western digitals listing on amazon you can see that they have 16tb external drive listed at £406.99 and the price is even higher on their website. I believe I’ve set a decent price as it’s a good amount under the current retail and is a high demand product atm so please cry elsewhere thanks

Nobody crying here… just calling you out for the scalper that you are.

Item is temporarily out of stock… I managed to get a couple of these a few days ago no issues at all. 16TB for £235

That listing goes in and out of stock - if it’s not available today it might be tomorrow, at that price.

Correct… I actually managed to get 4 of them as my partner also has Prime membership and it’s limited to 2 per account.

Scalpers do tend to cry when they’re called out.

Yep same, I’ve been buying 2, waiting for them to arrive and then buying 2 again.

These are also the most expensive GBP/TB disks I’ve been buying - so no way I would pay more than that for any second hand disks. 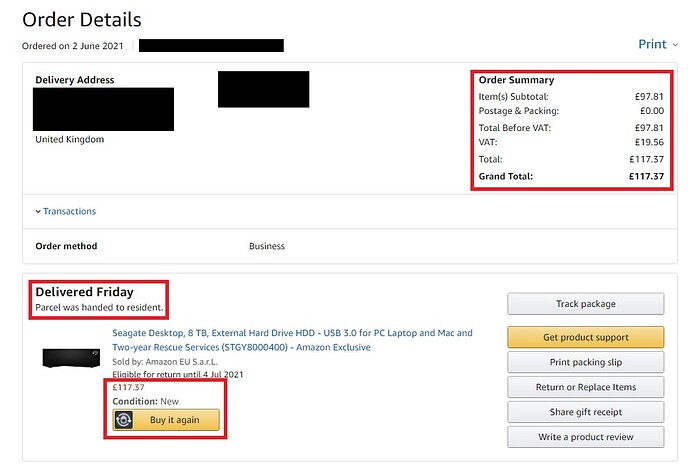 You’re only allowed 2 per account unless you’re opening multiple accounts.

To be fair though he does say that they are brand new and sealed. But to have the audacity to come on this forum and scalp is urine extraction. Should take nonsense over to eBay where he can join his fellow scalpers.

You can only put 2 in a single order - and I’ve done the same with getting someone else to order 2 at the same time - but I’ve been able to order 4 (2x2) from the same account so far, also had 2 in my cart thinking about it before they went out of stock most recently too, but not worried about them being out of stock for very long given what I’ve seen.

Maybe have to leave it a while between repeat orders? 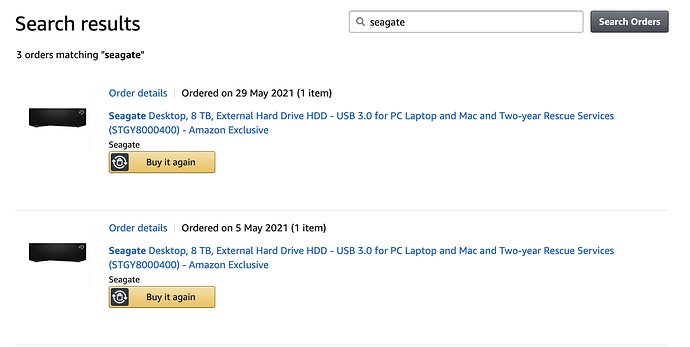 This post was flagged by the community and is temporarily hidden.

Please don’t do this in other people’s threads. People can attempt to sell stuff for whatever price they want, it’s up to the buyers to decide if that’s a price they’re willing to pay for.

You people cannot buy a 16TB drive for that price right now. Yes, you can get the 8TB once in a while but never the 16TB. Then you come here and harass a fellow chia farmer for selling drives that are at or below current market value.

Best Buy was selling them for far less and so was every other retail store but that was months ago, not now. 16TB drives are 499 and 539 USD for the two models they have and that is at America’s favorite brick and Mordor store. Don’t see you all lining up in front of the stores with your boycott the scalper signs…

You will get lucky with a few here and there but they are not the higher capacity drives (14,16,18TB) like the OP has. Those go for a big more cash due to the amount of capacity… might not be worth it to you cuz two eights make sixteen but would you rather have 10 - 8TB drives in a limited space enclosure or 16TB drives? Well, you will have to pay for it at this time since the best time to buy those drives had past you by.

Personally, I refuse to pay anything more than $18 a TB so I have been getting the same 8TB drives everywhere I can also… but my head is not in the sand as to what other have and can sell them for… for me it’s just not cost effective to buy at that price.

It looks like the OP was pretty much right though… some of you all are all upset because someone won’t give you a deal on an item that has more value than you are giving it.