Show off your rigs!

What are you planning on doing with the coolermasters to make it silent. Curious how that goes, my server build is crazy loud. 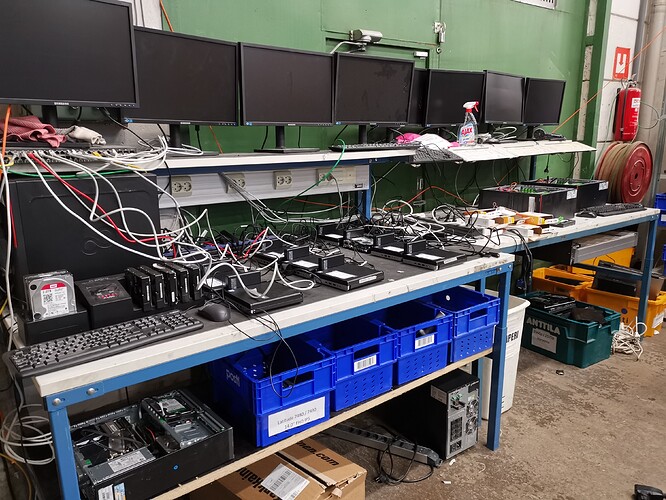 I’m pretty happy with this. Making about 10TB a day. My only big problem is managing to plots.

ME: Please hold my beer 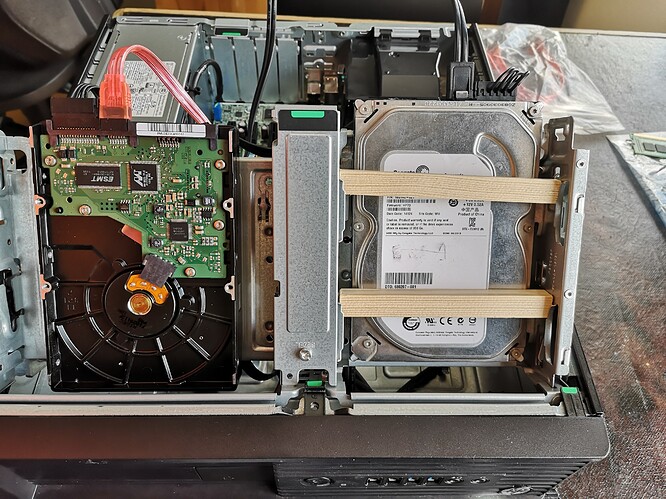 4500 plots as of this posting… Basically out of space now. Been on Chia since late March.

All harvesters running ubuntu. harvester00-03 are all high power plotters. These plus my GPU rigs I can plot 20-22TB a day… (if I had the space left)…

harvester00 and harvester04 not pictured because they are rack mounted with my other servers. 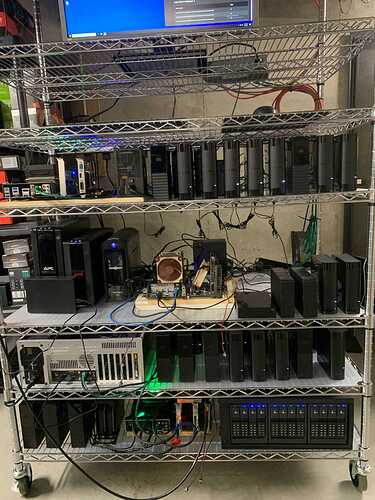 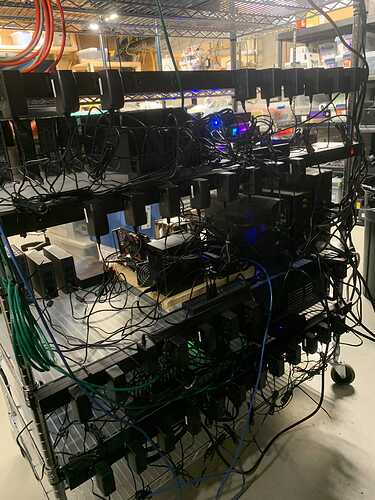 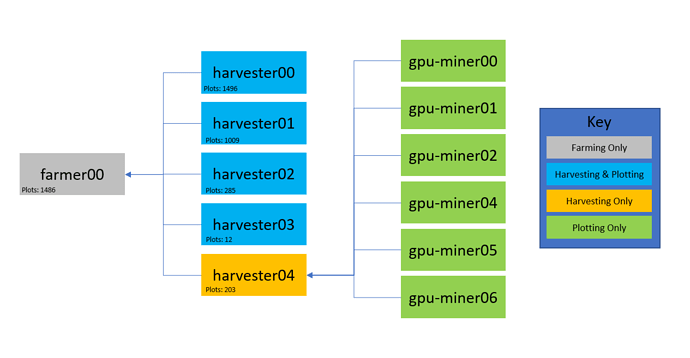 Nice setup and kudos on the early start.

If you do not mind me asking, how many Chia over the last 7 days?

If you do not mind me asking, how many Chia over the last 7 days?

Ha, a big fat zero! I haven’t gotten any Chia for 25 days… Not sure what is happening here… My expected time to win is 8 days according to chia calculator. See my post… No XCH since moving to the multiple harvester model

how to avoid hard drive domino.
one hit makes all ext HDD collapse?

lol, yea that is always a concern. I have this in a place that it won’t get bumped into and even doing that could cause issues for the hard drives. I have put that transparent shelf liner on each shelf to help the disks stay stable. It would have to be a hard hit to knock anything down.

Very nice! But you’ll need to be careful that cat doesn’t overheat your PC and take down your operation.

I see you bundle these drives together, do they get hot? These 2.5 drives don’t require external USB, I think the entire system looks neat and clean

not at all. barely warm 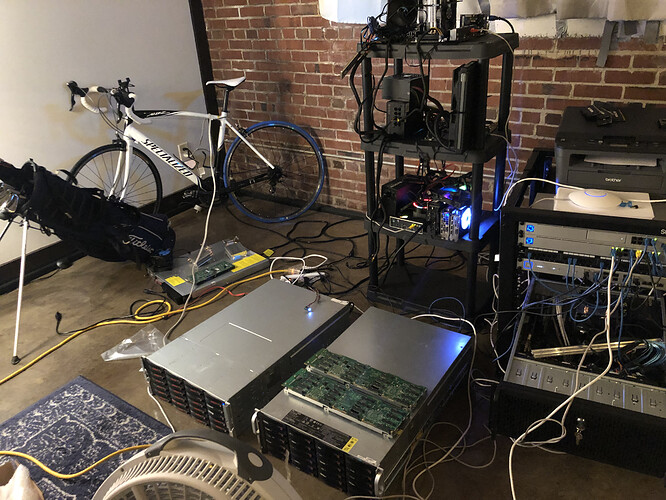 My current setup. PC’s in the back (in order from left to right)

The NAS’s stacked on the right hold about 2500 plots. The server laying flat is new (new to me, old SuperMicro) and just coming online (Plotter 3). The switch in the middle of the NAS stack is the Plotter switch. There is another switch hiding behind the NAS stack. It is the farming switch.

The device on top of the NAS stack is a power/temp monitor. The entire Farm is currently running around 650-800 Watts depending on load. 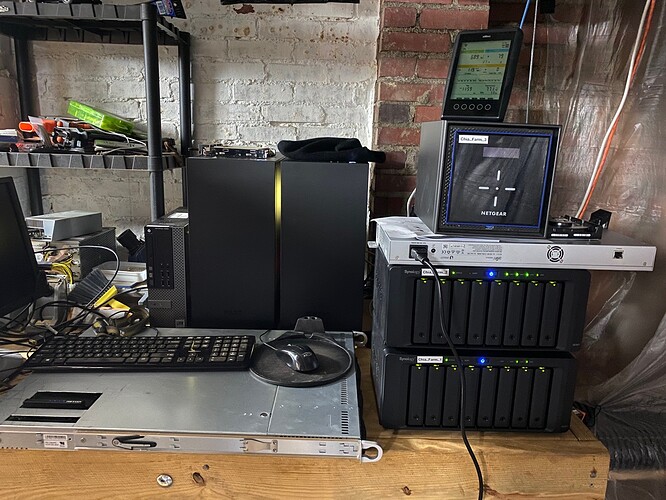 I suggest using a nylon string. You can buy in a roll in bulk.
Tie it to the end tightly and kinda make a cage out of it.

Haha. The best ones are the ones looking like that with used hardware.

That’s excellent. You could buy some cheap pc cases to hold onto the disks better… £9.99. some even come with HDD trays.

I actually just had some plywood cut at a local wood yard - with some strip wood and 6 fans per 32 drives i’ll be building 3 DIY enclosures to hold 96 drives total using 3xSAS expanders - that picture was just in the interim. I’ll power them of a single server PSU (12v) and a handful of DC->DC converters for 5v

Low capital outlay was my priority

I had at first thought i could make packs of 4 disks spaced by double sided foam but the foam sorta melted and compressed - hence the wonky stacks - they are at least now down on the table awaiting the enclosure builds - hoping 6 fans per 8 wide disks - 4 deep - 1 pairs fans on inlet, 1 pair fans outlet and 1 pairs fans in middle - should do the job

Pictures when its done - but they won’t be so funny

Hey. I got a similar setup, but I can’t really get the swar settings for the server. Can you share yours, please?

I can recommend the MadMax plotter, is much more effective on this system

Already using it, thanks.