Curious what people’s thoughts are on farming solo vs pooling.

With chia not being a traditional crypto with the block reward going to one person, and many people being able to get a reward each block doesn’t this make it feasible to solo farm even without a huge farm.

I appreciate many like smaller consistent rewards, but to my mind this comes with drawbacks.

Pool fees
Trust
.25 going to winning farmer, this cuts the reward left to share between the other poolers.

Well one way to look at it is this:

An other thing is that if your expected time to win is long, let’s say a month and the netspace is growing, you might actually earn less. With that amount of plots, it could take months to win a single block sometimes. But if the netspace is growing, your change to win is declining every day.
If your are on a pool, you get your winning of the amount of plots/netspace every day.
If you are solo you get the winnings of the amount of plots/((netpace@today + netpace@nextblockwin)/2). I’m not a math wonder but it feels to me that in this scenario, solo is at a disadvantage. If it weighs up to the loss of pooling fee, depends on the growth of the netpace over a certain period I suppose.

People who are actually good at math, feel free to comment

I get what you mean about pooling helping make sure your running OK.

As for the rewards, if you pool you only share 7/8 of the reward, so a clear disadvantage, unless your a whale, then pooling is more advantageous.

I’m no mathematician either though.

IMHO, solo all the way.

It used to be that the tradeoff was a ~1% fee on the pool in exchange for smoothing out your gains and insuring against bad luck (but also preventing good luck). I could see someone willing to do that, particularly with a low number of plots, but now you also lose out on the ability to farm forks (except Tad - but Tad did that by basically committing to never being able to itself become poolable). And that is waaay too big a penalty for me just for smoothing out gains.

The 0.25 going to the block winner isn’t really an issue against pooling, IMO. You could also be the winner of that 0.25. In the end it’ll even out.

As far as pools helping you test, forks are every bit as good in that respect IMO. Find a fork with a very low ETW for your needs and, if you can win blocks on that, your configuration is solid.

Full disclosure: I have 436TB worth of plots, with a 17 day ETW on Chia atm. I do understand that having a much smaller number and thus much longer ETWs can make pooling a good way to deal with the attendant frustration.

I’m not as large as you yet, appreciate the response.

I agree with most of what you say, other than

The 0.25 going to the block winner isn’t really an issue against pooling, IMO. You could also be the winner of that 0.25. In the end it’ll even out.

But maybe your correct, I can see it would even out if your not a tiny farmer, but if you are tiny you will get one very rarely, as opposed to big farmers who would get them alot.
I understand big farmers would get more rewards ( and rightly so) but the full reward not being divided clearly rewards the large farmer more over the small farmer.

I’ve not even attempted the math, maybe it’s my brain being wrong, that’s just what it keeps telling me.

Look at it this way:

Assume you’re neither lucky nor unlucky, and you hit blocks and are the recipient of the 0.25 exactly as often as your ETW.

Mathematically, the amount you lose out on because other big farmers are getting 0.25’s more frequently, and you are only sharing on the 1.75, should be exactly (again, assuming even luck on all sides) compensated when you hit your 0.25. Put another way, the day you hit your ETW, hit a block and get 0.25, the amount you cumulatively missed out on up to that point was -0.25. It evens out.

If pooling is beneficial or not is for the most part a function of how many plots you have. Everybody will put that boundary in a different place but unless you have at least an ETW below a month or so you shouldn’t consider solo farming in my opinion.

Well, thanks for opinion.
Kinda ties in with my logic and is why I created the thread, to get opinions.
I’ll hit a month very soon, and am just trying to decide a good approach to take.
But alas, I realise I see everything through my personal tinted glasses, so others opinions help me analyse if I’m being rational or not.

I’ve seen ppl state 30PB is a minimum to solo, and to me that’s ludicrous.

Ultimately you will find out yourself if it works for you or not. If you solo farm and the ETW passes and then 2 and 3 and 4 times ETW and you still haven’t won any block you might change your mind. Keep in mind winning a block is a random memoryless thing. The consensus algorithm doesn’t know that you haven’t won a block in a certain time. Your chances of winning a block remain the same no matter how long you have already waited to win a block. So if 4 ETW have passed you are no better off than at the beginning with solo mining. Your expected time to win will remain ETW. On the other hand you might also be lucky and win more than expected. It is a matter of how much volatility you can stomach.

Completely agree, I’d add if you don’t like volatility crypto is probably a bad passtime!

May I ask you a question? I’m in solo now with 144TiB of plots and I’ve never seen a single XCH, maybe there is something doesn’t working in my config?

It is always good to check your configuration to see if everything is working. There are many ways you can do that following many post here in this forum. However, you can also start with NFT plots and participating in a pool to see if you are doing partials to the pool. I think it is another way to check if your configuration is good.

In my case, I had already 118 TIBs with OG plots and since the new pool protocol was released, I start plotting NFT participating in some pools and currently I have in total 229 TIBs. Since then I started winning some rewards with the pools.

But on July 29th, I was lucky to win 2 blocks and get 4 XCHs with my OG plots I still maintain while I continue creating NFT plots for pooling. I was extremely lucky after 2 months and half farming to get these chias. As you know, if your configuration is good, it is also a question of luck also with chia.

Just I wanted to share my experience with you.

You could also try farming on one of the forks for a bit if you don’t want to replot to NFT.
The forks have a much lower difficulty, so you should win more often, that way you can more quickly determine if it’s working or not.
That said, it’s not a guarantee that when the fork works, Chia also works but at least it a good step to try.
If the fork show very low winnings, you know something is wrong.

The 0.25/1.75 split has to exist, or there has to be some other mechanism to ensure that pool members are incentivised to farm, otherwise a pool member could just respond to pool partials and never make real blocks, either inadvertently through bad configuration or deliberately to damage the pool. If you make it cost something it’s less likely (although still possible).

Think of it like - with NFT pooling you are always 1/8 solo, it doesn’t so much penalise small farmers as it does not confer them the pooling benefit with that 1/8.

Well, I can’t agree with that at all.
No other crypto does this afaik, and they all work just fine.
So I don’t think it’s necessary at all, but a design choice.

In other cryptos, the pool creates the blocks rather than the miner, and the miner just creates a hash for a pool-created block, a pool miner usually doesn’t even need a copy of the blockchain. This leaves other cryptos more vulnerable to pool-orchestrated 51% attacks.

It is a design choice, but it’s not a particularly bad one.

I understamd all that, but fail to see how it is necessary or stops any cheating.

If your pooling and a reward is earned by one of your blocks, and the whole 2 coins went to the pool to be evenly distributed it would be fairer.

Mathematically it is as I said, you are solo farming 1/8 when you are pooling - it is as if 1/8 of your plots are solo, and earn 1/8 of the reward but have 8x the chance of winning, obviously that isn’t how it’s implemented, but it is equivalent. It certainly is a design decision, but it’s only unfair if solo farming is unfair.

That kinda depends how you define unfair.
To my mind the whole point of pooling is to share rewards, now if 1/8 block reward goes to the block maker this is a clear advantage to whales over tiny farmers.
It doesnt make it unfair as long as you understand what’s happening you can make your own decision on how to proceed.
But it is advantageous to the larger farmers.

I don’t think it’s possible, or fair, to make it disadvantageous to be a larger farmer.

This is the thing I was talking about earlier, couldn’t remember what it was called, but other crypto pools are vulnerable to this - particularly with a mining model where the pool directly controls what gets hashed, and most aggressively with a PPS scheme, the biggest pool can use it’s own hashrate to bankrupt smaller pools: 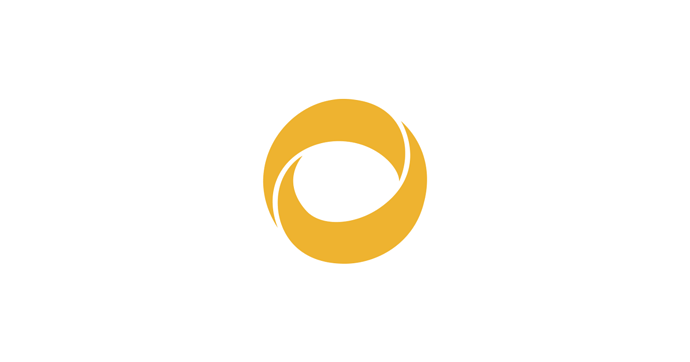 An attack in which a miner on a pool intentionally does not submit any blocks to the pool in an effort to cause the profitability of the mining pool to drop.

The suggested mitigation for that attack (oblivious functions) would be even harder to implement in a system where farmers build the blocks, which is another design decision to make sure that pools having 51% of the space can’t use it to censor transactions.

So yeah, all of these are definitely design choices, but there are quite well founded reasons for them.