Syncing slows down every day

Synchronization slows down every day. Due to a mistake, I try to do it from the beginning and systematically slows down during its execution. At some point, I reach the stage where I synchronize 1 hour within 1 day. What could be the reason for this?

Did you check the logs?

What has changed with your hardware/ Internet connection maybe? 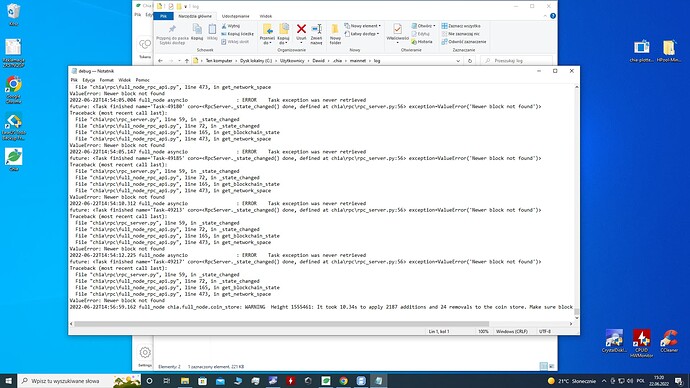 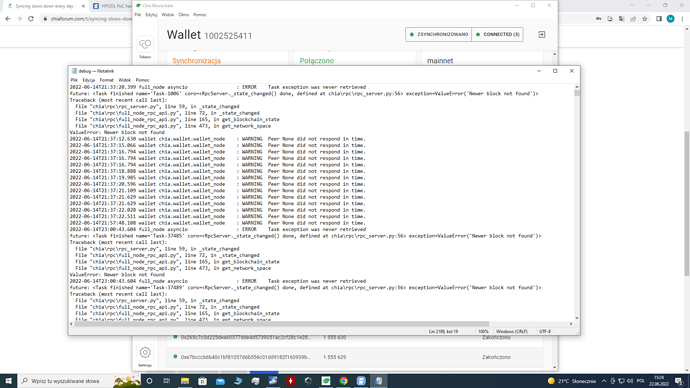 Due to a mistake, I try to do it from the beginning and systematically slows down during its execution.

Which version of Chia are you using?

Some older versions will never catch up.

Why would you synchronize from scratch, instead of downloading the latest db? (db backups are really recommended)

The slowdown is expected, if your H/W is kind of weak. The db grows, thus becomes slower, …

Try to reinstall your db. Maybe it was not downloaded properly and is causing issues now.

Maybe you can start with running Task Manager checking that SSD performance. If it is slow, the main full node process will choke, slowing everything down.

I assume that that is your OS SSD (run Crystal Disk Info on it). In such case, I would get something like Samsung 970 Evo Plus 500 GB and move both dbs there, as that will speed up your node’s syncing time and improve dust storms performance.