Worth upgrading to RAM disk for plot 2.0?

I realise that we don’t yet know the details of any 2.0 plots & it will be a trade-off between the cost of electricity to replot, potential wear on hardware vs any compression we may achieve.

NVMEs are way past their TBW warranty with about 10PiB written & still working fine. Using Madmax & getting about 45min plot times. Have about 7000 k32 plots at present.

GPU plotting is another thought but we know even less about that as a possibility.

Does anyone have a similar setup with a RAM disk? What sort of plot times might I expect if that is the only change I make? 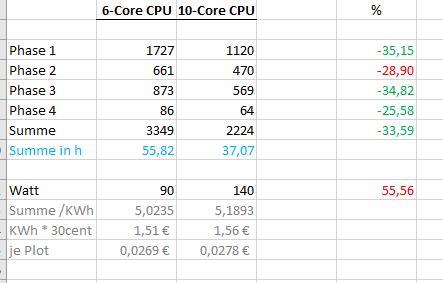 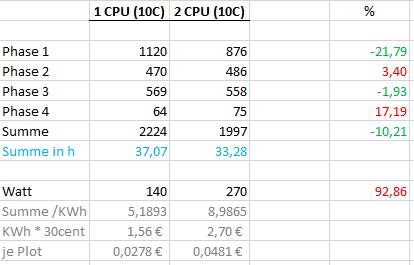 By now, you should have noticed a few things:

Plot times do not matter, storage capacity does

Investing as less as possible in the plotter is necessary

So, I’d say keep plotting with what you already have, don’t invest more, unless you stumble upon a great deal on 128Gb of DDR. (I have 2 of those for sale, I’m in the E.U. …)

This is copied from Madmax discord this evening. The farmer will be modified to include a dev fee since Chia Team wasn’t playing ball.

Interesting. No drama, most likely no 100 BTX was mentioned, big reputation in chia’s community, yet the same outcome as with NoSSD.

You really have to wonder… they won’t pay2play, perhaps … because of the N.I.H. syndrome or ? They can’t do it themselves or they already would have, yet they won’t give a fellow his due. Is their IPO all that matters at this point to them?

And I think we all want Chia to be 100% focused on IPO, Marketing, and acquiring new customers currently. Hoping for a miracle.

PS: Kudos to Jacek for guessing a lot of stuff that has been secret for months.

So same gains as NoSSD as far as plot size? I understand that plot times are drastically lower.

Testing all ram mad max now. 244GB ramdisk. All fans in the system are running at max speed. Sounds scary.

Very slow. I stopped after 40 minutes into phase 1. Things are not right.

Did you open the link? Read the dims Google the part number if that helps and you have the specs for that memory.

Speed is fast and slow but I wonder speed would that much difference.

All RAM will run with the speed of the slowest stick.

Did you check your RAM temps? If you are not controlling it, and it goes too high, it will start throttling.