Interesting to digest this. Netspace is a funny thing. It’s supposed to relate to a coin value and ROI. It’s a reflection. It’s not supposed to be detached.

I see now we are back to June 2021. Can you imagine Chia at that value it was back then? And now we’re barely at $30. Same number of participants (hard drives) though.

I suspect it Chia continues to hover at $30 then we might actually get netspace close to where it really began. Before the hype. Right now it’s sitting at around 1/2 way up that massive mountain that was netspace in June/July 2021.

Imagine netspace dropping more. I sure can. When you consider ROI and coin value today, it’s little wonder no new entrants are into Chia. It shows just how out of whack Chia really is. There is zero reason for the netspace to be this high based on the coin value. It’s simply a reflection of people who dove head first into hardware and are stuck in it. No choice but to ride it out unless selling drives in an option.

I don’t expect any quick miracles on Chia coin value. I would suspect far few participants, but those in this continue to build out albeit at a slower pace. Thus netspace hasn’t fully tanked down to the very beginnings of Chia.

In closing, Chia is bizarre. It came in beyond reasonable, has fallen massively, but netspace is stubborn and isn’t reflective of the true value of the coin. So even today, Chia needs to be $100 to make any sense of why we’re at a June 2021 level of netspace. A true rollercoaster. Up. Way up. Then down we go. Price going down much more rapidly than netspace unfortunately.

You make a good point though, there does seem to be a detachment. Whether it’s a lag (holdouts invested in gear) or other speculative plays is something to ponder.

I certainly don’t think it’s a reflection of hope. Happenstance. It’s quite something to see that with GPU mining ending, Chia didn’t see any uptick. That is how it should be though. Who is diving into this at $30 coin value and at this netspace. Seriously.

The Chia team should not take netspace as being a feather in their cap. Not in the least.

Not sure what I’m hoping for. A further drop in netspace would be nice. Would be nice to see more people selling off hard drives via the forum, which perhaps is showing an uptick. Hard to say for sure. Small indicators can be of value even on a forum scale.

I think the fact Google is going to help host ETH nodes is bad news for competing coins. Hard to say whether the world needs more than BTC and ETH. At this point it’s pretty clear that no, they don’t. But if Google has some vested interest in something be assured that it will influence the lemmings out there. Of which there are…many…

My 3c is that while one can pontificate on Chia, it’s price, netspace, etc., and imagine (wonder) why and what has happened - as you are… there is a whole world of things of every variety that have turned over several times since Chia began. One cannot simply divorce Chia (or anything) from the reality today of crypto in general, the unstable economies of the world, COVID, inflation, war, supply chains, and a host of other known and black-swan factors.

What I’m getting at is, that if you take Chia (or anything) out of context, you can generalize on why, what, and how things have turned out as they have based on the coin’s adoption/nodes, etc. But that doesn’t help in understanding it in its larger context.

When, however, taking into consideration everything going on in our topsy turvy world, it might be considered to be either right where it’s supposed to be, or more or less higher or lower than it could be. But in fact, who really knows? No one.

What it most likely comes back to, at its core, is a form of the forever curve of adoption of virtually anything new and novel introduced into the world > This article encapsulates the various evolving stages (of anything) quite well > 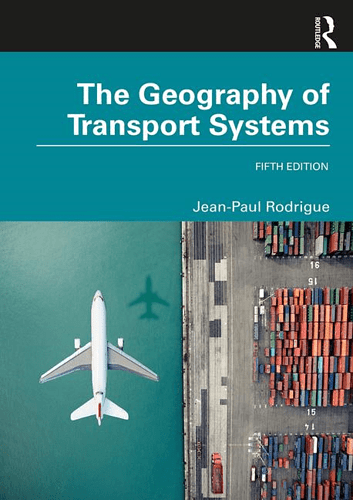 Stages in a Bubble | The Geography of Transport Systems 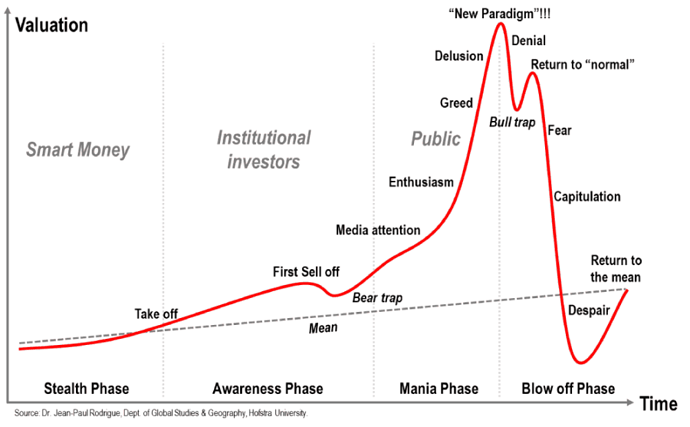 Since around mid June 2022 the Netspace has barely dropped, there is a very slow decline, but its minimal really.

The crypto market has changed considerably since June 2021, so comparing prices from then to now is not comparing apples to apples, the netspace may be the same, but crypto is not.

Interesting to digest this. Netspace is a funny thing. It’s supposed to relate to a coin value and ROI. It’s a reflection. It’s not supposed to be detached.

This is where your perception has failed you.
This simply is untrue.
Yes , they sometimes correlate, but that does not mean it is supposed to or will.
Youve observed a pattern that often occurs and made it into more than it really is in your mind.

It’s quite something to see that with GPU mining ending, Chia didn’t see any uptick. That is how it should be though.

I don’t think GPU mining ending should have given Chia any additional traffic/interest. That is a group of people with heavy investment in hardware that would not crossover to Chia at all. There are a thousand other coins they could jump over to seamlessly and continue on their way. With no profit, but still. Think about the prospect for them to move to Chia. Sell everything they have (they can’t because the market is flooded), then buy a bunch of hardware to farm Chia. At the price it’s at, I wouldn’t.

Still over the $25 target I was hoping for. Everything else was just FOMO. We’re good. I hope netspace continues to decline. More Chia for me and weeds out the when lambo crowd.

The GPU crowd can’t mine anything and likely never will. Too many hangers on. They will just flood anything good that comes up.

In terms of netspace relating to coin value? It’s like this. ROI. The value of the coin ALWAYS dictates who is going to jump into POW and to what extent. Sure you can call Chia an anomaly and that’s my point really. Just from a common sense perspective, people aren’t going to start a business with lousy ROI and big capital investment unless there is reasonable ROI (coin value). Chia doesn’t have that. This is exactly why netspace is flat.

I will stand by the fact that Chia enjoys an incredibly bloated netspace thanks to the bizarre opening few months which creating chaos of excitement and participants.

I wonder though at what point people start seeing hard drive failures and realize that the most income from the venture will be in selling off the drives rather than expecting to hit that ROI before drive failure. This will be an emerging story as these drives start hitting 2+ years of work. But I digress.

People are free to say where they think netspace should rightfully be at. I think that would take work. You would have to look at where your ROI is at the coin value. Then you can determine if the netspace is where it makes sense. I could also ask if anyone actually got into this under the expectation that it was going to be a 5 year ROI. I’m not sure if people will be honest on that. But it does tie into where the netspace is at because that says how long our ROI is going to be.

My attitude is that my ROI is going to be insane a few years from now. I couldn’t care less what it is right now and as it continues to stay low, I will not only continue to farm, but I will also continue to buy XCH. I’m holding off on more drives as prices come down. I think I was paying around $6/TB on netapp SAS 520 format drives before the craze and currently they are just below $10/TB on a good day.

I wonder though at what point people start seeing hard drive failures and realize that the most income from the venture will be in selling off the drives rather than expecting to hit that ROI before drive failure. This will be an emerging story as these drives start hitting 2+ years of work. But I digress.

It will take a lot longer than 2 years for regular drive failure to be a factor at all. Normal spinning drives last a ridiculous amount of time. I have pulled drives out of 8 year old systems and moved them to new ones (many times). It is not uncommon for hard drives to be 10+ years old. The size of the drive is normally the factor that gets them thrown in the recycle bin, not failure.

I could also ask if anyone actually got into this under the expectation that it was going to be a 5 year ROI.

It is funny you picked 5 years in your question/example. That is exactly what my original plan was. No matter what this coin did, my plan was to run it for 5 years and see where it was. I’m sure if I took the time, I could go back and find a post of mine from the beginning that said just that, and I have mentioned it many times over the last year and a half. Only time will tell if this was a good idea or not. My thought process has been that I really like the plan the Chia team put out in the beginning and if they continue down the planned path, I’m on board. So far so good.

I think my statement from a couple of months ago is still true. We see a consolidation of farmers.
Many little fish dropping out. Many big fish still plotting.
A couple of months ago, Alice was nr 1 on Spacepool leaderboard with 14 PB. shes still at 14 PB. A dozen have overtaken her, having something around 50PB now.

I personally also am still plotting.

I could also ask if anyone actually got into this under the expectation that it was going to be a 5 year ROI.

Pleople overestimate what will happen in 5 Years, but underestimate vastly what happens in 10 Years, so we will see

One thing to put in consideration is that halvings are coming…

another thing to put in consideration is that more coins come onto the market, meanwhile the market capitalisation stays relatively stable. I think this is the reason for the price falling. Market cap not falling is a very good thing imho.