3.8 exibytes of data is about 547 thousand 8 Tb drives. Say every 8TB uses about 5 watts of power, that’s 2.7 Megawatts. Say they are on 24/7/365, that’s 23 Gigawatt-hours of power annually. The Chia market cap is about 500M$, ETH is at about 480B$. ETH’s annual power consumption is about 47TWatthours. Divide the annual power consumption by respective coin’s market cap you get that ETH is at 979 WH per dollar and XCH is at 46 WH per dollar annually. Currently, it seems as if XCH uses less than 10% the power for the same market cap, but the netspace is still very quickly growing and these numbers are probably conservative. This doesn’t account for plotting power, destroyed SSDs, farming overhead, or even HDD’s economic impact.

Is this what being green means?

If you (imho wrongly) assume it’s about $ per watt than it looks like it is not there yet.
But (also imho) that metric is wrong. As the price is volatile it can’t be taken as a metric here.

That’s not a good argument b/c if Chia were to reach comparable market heights, disk power should scale proportionally b/c of block rewards.

If Chia remains a niche coin, it still doesn’t really solve any energy problem since it’s power usage is comparable to coins of the same market cap and people are still using power heavy coins anyway.

Chia power is the working model for estimating power consumption on the Chia network, written by Jonmichael Hands, Sr. Strategic Planner at Intel corporation. You can find him on Keybase as @Storage_jm

Yep! Currently 3000 times less power than Bitcoin with more decentralization. I’m working on a few major updates, one is including the plotting power in the real time estimate (amortized over the life of the plot) and two is carbon consumption. What people have a hard time understanding is that storage devices like SSDs can store data while taking near zero idle power (your phone and laptop do this all day). I’m hoping that is the future we live in.

Why aren’t you guys considering the proportion of market share?

Beam, a PoW coin, has a net hashrate of 600kh/s. Say we can make 200h/s at 600 watts, that translates to only 2 megawatts. Chia uses 4 megawatts according to https://chiapower.org/. Shouldn’t Beam be more green then?

Want to account market cap? Beam has a market cap of 122M$, one-fourth of that of Chia so Chia uses half the power for the same value. Half as much power doesn’t constitute as greener.

If any https://chiapower.org/ only confirms the numbers for my argument. A coin (ETH) one thousand fold the value of Chia uses about 1000 times more power.

People don’t store plots in SSD. I am also not accounting for power used in plotting.

So the coin gets less/more green when the value changes? I’m sorry but that sounds like a whole lot of nonsense to me. It still does not change the consumption of resources.
If i sell my basket full of batteries for 100 bucks it’s as green as when i sell it for 500 bucks or if i donate it for free

The difference is that the power consumed by Chia is very dependent on the market cap. People will keep plotting and farming when the price goes up to stays high enough for profits.

So the coin gets less/more green when the value changes?

I am not sure what you are trying to say here. If the price of Chia increases, so will the net space and HDD power consumption, and proportionally it will increase to match that of other PoW coins.

Not thinking far enough out. Majority of laptops and desktops now with SSD only

What? Perhaps you just meant to point out that the BTC network consumes amount ten thousands times more power. I am saying that people will keep using HDD’s to farm due to lower price per space compared to SDD.

So the coin gets less/more green when the value changes? I’m sorry but that sounds like a whole lot of nonsense to me.

Perhaps that is what I am trying to say. I think a coin is green if is has a relatively low watt per dollar maintained ratio. A coin that uses no power but accounts of miniscule amount of market cap doesn’t help the global power consumption. In the grand scheme, I think people are trying to come up with a low w/$ PoW crypto that is replacing tradtional PoW coins, but Chia would use just as much power if it ever gets cap comparable to the big coins according to the numbers. I also don’t see how what you said is a rebuttal to my theory.

Another “green” factor I do not see discussed are the disk drives manufacturing and life cycle. I don’t know the numbers but would imagine that building a hard drive is less ecologically friendly than say a GPU. Hard drives fail in 5-7 years (last charts I’ve seen). So there is a disposal/cycle cost for the entire Network Space every 7-ish years. While GPUs potentially last longer (at least if properly cooled), obsolescence is probably their primary replacement driver. As others have already mentioned there are also the SSDs that are being chewed up in the plotting step as well. So far, I haven’t seen anyone attempt to do an end to end “green” cost (which is definitely more difficult).

people will keep using HDD’s to farm due to lower price per space compared to SDD.

That won’t be true forever. Around 2025 the price per TB of SSD storage will be equal to that of HDD storage. It’s entirely possible that in 10 years, almost all Chia plots will be stored on SSDs.

I don’t know how accurate those predictions are. Do you have sources on those?

We’ll see how this plays out, but your argument might get flipped on its head. Most people throw away their HDDs before they actually fail because they’re worried about losing precious data. HDDs in the last years of their life are actually a perfect use case for Chia. So it could end up being that Chia prolongs the life of HDDs and reduces landfill space. 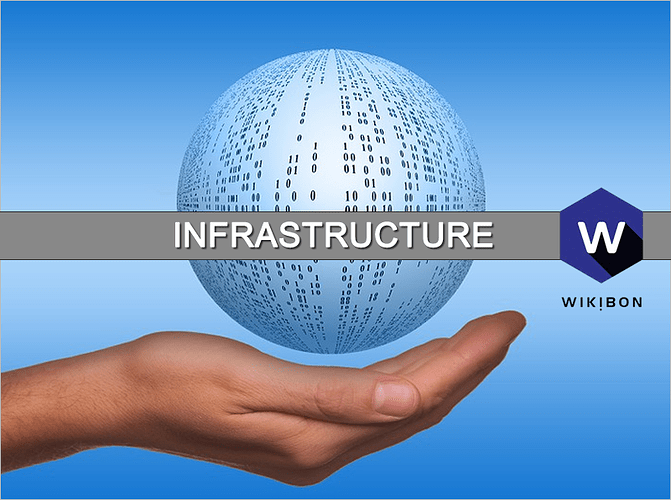 QLC NAND flash will become cheaper than HDDs by 2026, and HDD shipment volumes will collapse to 10% of 2020 shipments by the end of this decade.

Sorry, I was off by a year. The crossover is predicted to happen in 2026. 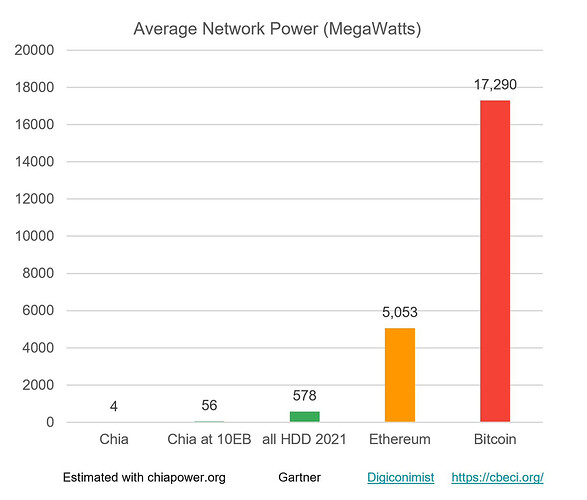 On top of that, if SSD tech eventually gets a lot cheaper, things will go way below 5 watts, since SSDs require dramatically less power.

I’m skeptical this can happen particularly quickly given the price of 4tb and 8tb SSDs right now… but a decade or more from now… seems possible!