Chives coin, one of the biggest chia forks is about to be listed on LBank

Recently, chives team announced that they are going to list chives coin on LBank Exchange soon.

So this time will the chives coin once again achieve outstanding results? Let’s look at what happened to him last 4 months. 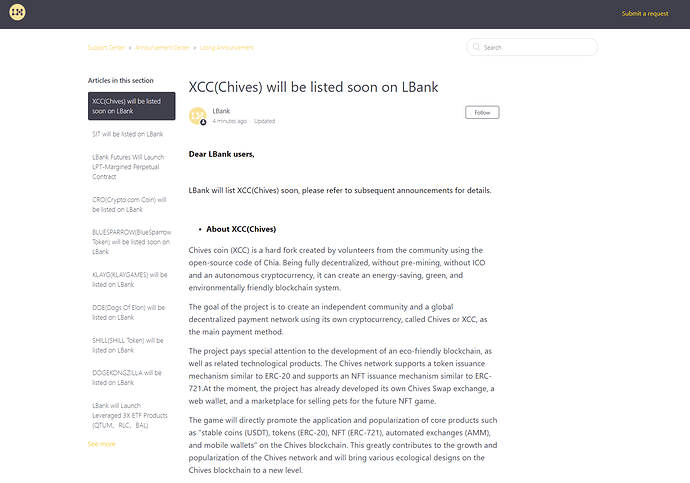 As a fork of Chia, Chives did not work with Chia’s K32 plots but only support K29, K30 and K31. Chives wants their own space, farmers instead of short-term investors. This choice makes chives own a stable increase of net space in the past months.

Chives also gave up Premine or ICO, they set up a completely new reward model that 10% of each block reward goes into the community and will be used to support the chives community. This is a good solution to the pre-mine problem of each crypto project. People will not worry about when the team will sell their coins. And at the same time, the development team will also gain a steady stream of coins. 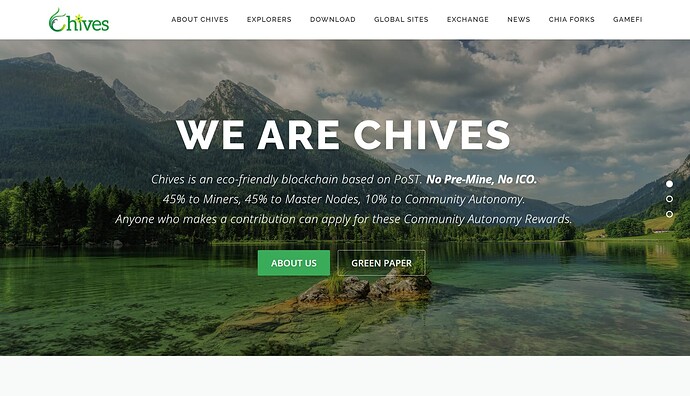 Community Autonomy System, Chives allocates 10% of the block rewards to those who contribute to the community, including but not limited to Chives project developers, document writers and translators, and various social media promoters for Chives. For example, I will get about 200 xcc for this analysis article. Is that cool?

Chives Swap & Web Wallet, Chives wisely chose to develop their own exchange at the beginning. This provides their farmers and investors a convenient way to exchange coins which brings good mobility of chives coin.

Chives Pets Presale, Chives team now is developing an NFT game named Chives Farm, which is based on the Chives blockchain. The pets pre-sale started on November 1st and finally sold out all the 7k pets in one week. The pre-sale activity on the first day even paralyzed the server.

Now they are preparing for a Staking function of chives coin, this will bring chives farmers an extra opportunity to get coins and more confidence of this project too. I’m looking forward to more excellent developments.

According to the analysis on xchforks.com. Chives is number one in the overall ranking with the highest market cap of 4.12 million. At the same time, its price is rising steadily and after the announcement of listing, its price has hit 0.0313$.

Let’s wait and see what will happen to chives, will it break $1.0?

Promising roadmap and team. Price at the moment is very good compare to others. Wish all the best.

space is growing very fast too.