I recently purchased a few used Seagate IronWolf Pro drives.
So I want to test them right away, in case the seller sold me faulty drives.

Each of the drives is aborting one (and only one) of the tests:
“Long Self Test”

The abort happens after a minute or two.

The drives pass every other test (all the short tests and all (the other) long tests).

Note that the tool is not reporting a failure.

Also note that I did a long format (not the default, quick format), via the command prompt. It ran for close to 24 hours. It reported no errors. “chkdsk” reports no bad sectors, etc.

Should I be concerned with the “Long Self Test” aborts? 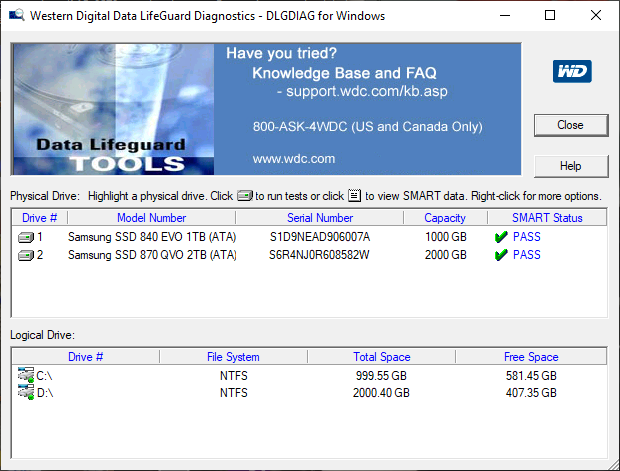 So how do you find the noise levels ?

My experience of long smart tests on manufacturer tools is flakey - probably as much a problem with their software than it is with anything wrong with the drive.

Doing all you’ve done would satisfy me.

So how do you find the noise levels ?

They are quite (not silent – but quiet).
And I have not yet put them into an enclosure.

If they last, and I believe that they will, I got a good price for used equipment.

I was a bit apprehensive at purchasing used drives on eBay. I never purchased used drives before. I was worried that someone might be unloading problem drives. But these seem to be in good shape, with not too many power on cycles, and running for approximately 1 year.

One of them has a small dent in its metal casing. That had to be quite an impact. But if the drive was off at the time (and it must have been, because how could you dent the metal while in use), then it should be fine.

I’ve got a fair few used drives, probably about 20 or so in total, which makes up about one quarter to a third of my total number of drives.

I’ve only had issues with two drives so far - both of them purchased brand new. Go figure…

Luckily they were both Seagate so RMA was seamless.

How are they connected direct SATA or SATA to USB adapter? The former will likely put the drives to sleep after 1-2min so that affects long scan which will terminate. When connected to SATA directly that should keep the drive awake during SMART scan. You may want to check for firmware update in case they act weird. I have plenty of drives connected via USB adapter and have to use a script to keep them spinning for farming and SMART long scan.

Have you unchecked the power option in 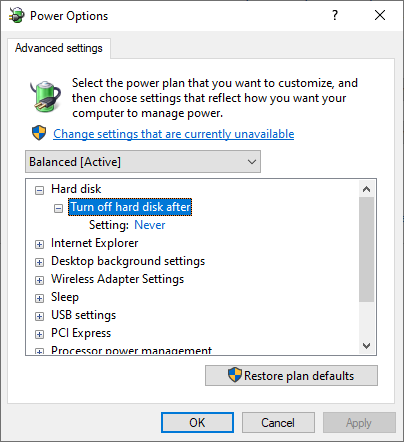 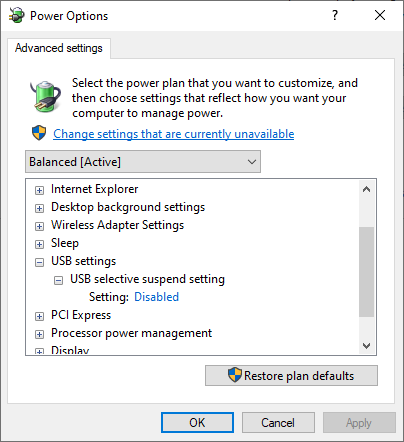 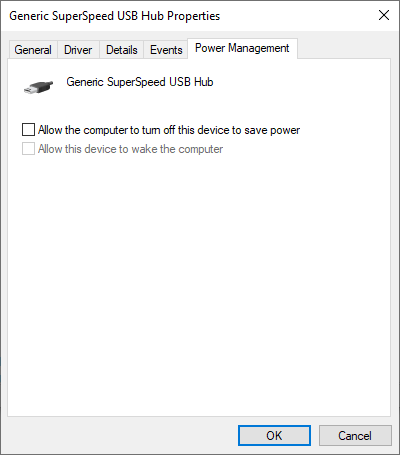 How are they connected direct SATA or SATA to USB adapter?

Before hooking the newly purchased used drives up to my Chia systems, I am testing them on my daily-driver computer (a first generation i7 box).

I am using this adapter, connected to a USB 3.0 port:

The drives are not turning off.
Even with power management enabled, they would not turn off in under two minutes (which is how long the “Long Self Test” takes to abort itself).

Have you unchecked the power option in

I have not yet connected the drives to my Chia boxes.
I still have them on my old i7 box, running tests.

Once I am satisfied that the drives are good, I will then put them in my new Syba enclosure.

These SeaTools tests, along with the long formatting of these high capacity drives, takes a long time.
I should have purchased two of those SATA / USB adapters.