Why am I getting less than 200MB write speed an a SSD XPG S40G while plotting 😒?

Please I need help this is driving me crazy.
I have A Dell T5610 with 64 MB RAM / 2 x Intel V2650 32 Thread / & 1 x 4 TB XPG S40G
Based on my calculations I should be able to plot around 16 plots parallel.
I can’t even complete 12 it seems something it wrong with my set up of the ssd it seems because I can’t get to seem to go over 200MB write speeds while plotting. The SSD crashed twice on me as the plots (12 in parallel) reached 34% the first time and 27% the second time and I can’t figure out what it is that is causing such low write speeds.

The SSD is also writing at 100% usage through out the plotting time as well.

I downloaded AS SSD Benchmark and ran a speed test on the drive and it shows the following. 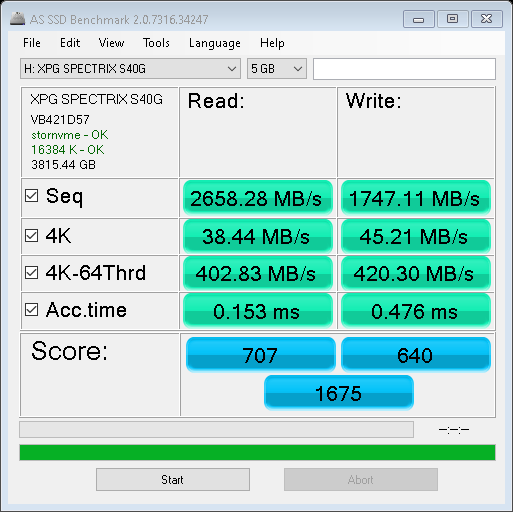 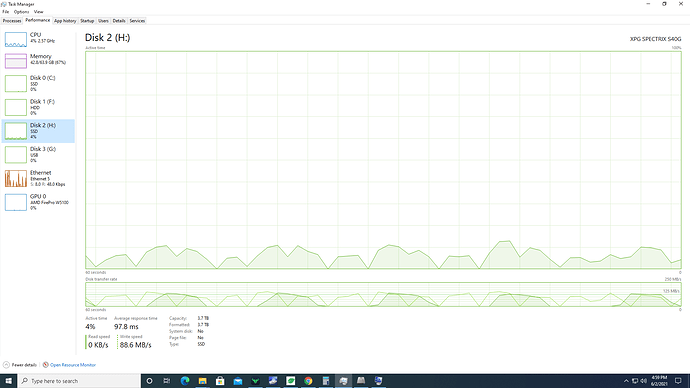 You can only plot 9 at once in parallel with a 4TB plotting ssd.

You really should’ve got 2x 2tb samsung evo plus but that’s besides the point.

I believe you would be fine at 9 plots. This will leave about 200GB of free space left.

k=32
plots 9, parallel
21min stagger
mem 3906
thread 3 (if your using the computer for other things while plotting set to 2 threads)

Will do and let you know how it goes. Thanks =)

No problem, glad i could help

It is not only a matter of space (256 actually in the new versions)
You are writing a lot of data to your ssd, it needs to be able to keep up with that.

The problem with all ssd’s is that after the cache is full (a few minutes) the speed drops to whatever the controller and nand-cells can handle, which is a lot lower than the advertised speed on the box.

Test from the 1TB xpg model shows a sustained speed of around 250 MB/s. Cant find one for the 4TB model, but it might not be much better.
You can try running your own test with something like IOmeter, but you need to run it for like 15 minutes of writing tasks to see what the “real” speed is.

In general, you would be better off with 4x 1TB or 2x2TB. ’
SO unfortunately I doubt you will be able to run many plots on this ssd.

Seems like your experience is in line with the benchmarks from the reviews.

Like many SSDs, the Spectrix S40G features a write cache to absorb drive writes at high speed, but performance degrades after extended writing. While testing the empty drive, the S40G wrote at a rate of 2.2GB/s for a total of 377GB before its performance degraded. But it displayed extremely inconsistent results after the performance dropped. At the worst it would write at 4-6 MBps for a second or two before it would pick back up, but soon fall again. This resulted in an average speed of roughly 250 MBps after it exhausted the write cache. 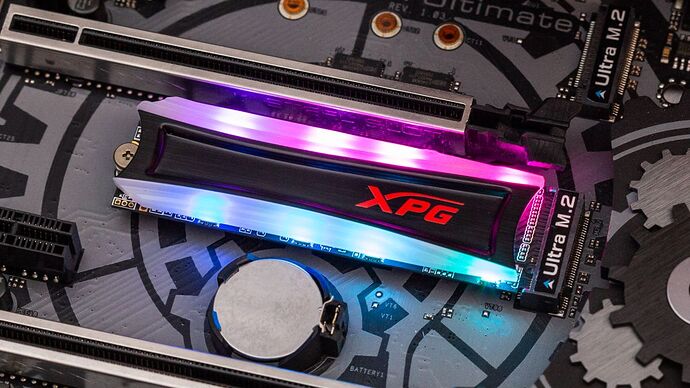 Adata brings the bling with the XPG Spectrix S40G

That is why I like the 1/2TB Sabrent Rocket NVME (not Q, not Plus) because they can sustain 950+MB/sec, have a good TBW and are far cheaper than higher end Samsung - i run 4 plots in parallel (only when well staggered) per 1TB module for 6-7h plots (Ryzen 3900X)