But wth is going on with this system, its so slow. 13 hours has passed and not a single plot has been made while my Ryzen that started at the same time already on its 12th plot! Am I doing something wrong? I’m starting to sense that the youtube guy is full of BS just to make money on affiliate links and the claims he is making is BS.

Or is it that the XPG Gammix NVME is the culprit here? Thanks

Or is it that the XPG Gammix NVME is the culprit here? Thanks

That is at least a big part of the problem, that drive will not handle 7-8 plots at a time as it only has a (sustained) write speed of about 600 MB/S

What drives are you using in your 3950x setup?

when you start all plots do you start them all at the same time?

No I stagger them 60 minutes and it’s only 7 plots for testing.

Hi, I’m having the same issue with XPG S50 Lite.
How did you overcome this problem bro ? @atillajax

baha this guy.
people just say anything on here.
its wild. hahaha “code your running” ahahaha

I plot to ram 110gb as temp 2
and a 250gb pcie nvme as temp 1
75% of writes goes to ram
using
mad max plotter
a plotting client for heavily threaded processors.
single core has almost* nothing to do with the plotting speed.
for example one machine has dual Intel® Xeon® Processor x5690’s 24 cores. 3.73 GHz 30-40 min plots
and one has dual Intel® Xeon® Processor L5640 24 cores. 2.26 GHz 40 min plot times
consistently. for about a week straight now.
mad max chia plotter

for the record.
my x5690s in my 11 year old server are anything but slow. they arnt lightning tho. but heavy heavy workloads are breakfast. I cannot give enough to them. I have 10 harvesters running in 10 different containers. a few virtual machines and 1full node AND a Plex server for friends and family.
and plotting with mad max.
all at the same time.
people should only talk about something they know about personally and have actually have experience with. why even say anything els? clout?
not just examining a quick google search about xeon.
anyways
ill say even before when I was using plotman I was knocking out a plot a hour staggered per machine.
to be helpful tho…
make sure u have hyper-threading and the wrest of your bios config in order.
its detrimental. every detail. learn it. suit it to your needs.
solo nvme formatted xfs with all bells and whistles.
avoid any sort of raid in my testes personally. just not worth it…
and use a jbod for deep storage.
unless u like rebuilding raid arrays frequently.
get a raid controller that can be flashed to IT mode

some actual knowledge shed on this thread

i have literally no idea what you’re trying to say

if you actually paid attention you’d have noticed that he’s using the standard chia plotter, not madmax (which is pipelined)

Chia only uses more than 1 thread in phase 1. So 60% of the time it is entirely single thread performance (including memory latency) limited or disk i/o. And in the multithreaded phase one, it doesn’t scale much past 3-4 threads. Both not great for a very “wide” beast TRipper.

So all in all per plot speed TR sucks compared to a 10900. But if you throwing enough plotting nvme and ram on a TR… It will have more plots per day with more parallel plotting jobs. Despite the per plot speed difference. 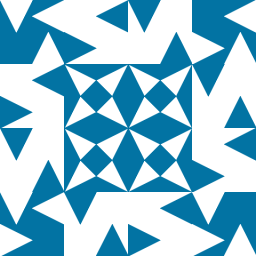 How to explain poor performance on Xeon processors for a loop with both sequential copy and a scattered store? 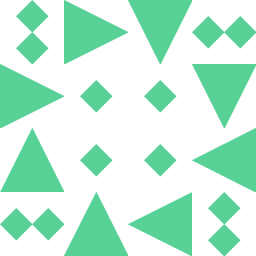 Why is Skylake so much better than Broadwell-E for single-threaded memory throughput?

That made my day, you knock someone for saying it’s the code they’re running, state results from a different code that you’re running, lol, I’ll sleep well after a good chuckle.

tis just MY personal experience with my 3 xeon servers 6 processors total 72 cores
specificaly plotting chia
no one else’s
I dont need stacks to tell me how my system runs.
all I can share is the truth of my setup
thats all anyone should be doing
its not a war of who can google things the best based on an opinion
I could link 5 right now explaining why dogshit tastes great…
helps no one. almost does the opposite of help
I also didn’t claim them to be the best thing ever made
the price for new plotting hardware is steep and older xeon I believe do a fine job when paired with tons of fast ram.
and anyone who says otherwise has never used them.
tis not so simple as just cores/threads/speed is all im saying.
but anyone who’s configured the bios of a xeon server knows that simple truth
n
no ones “runnin code”
I didnt write madmax.
but the guy who did. is a code runner for sure

no ones “runnin code”

Surely anyone plotting is running code, no?
Plots don’t appear by magic just by wishing it was so…

I just need to get 2xch all-ready.
than ill feel better about investments made into my 3 6xeon builds
I mean… computers. magnets crystals rare metals electricity =modern magic
my plots kinda just appear. in a dir. with a harvester waiting.
but I did “run the code” to start the magical computational process, at simplest in binary
id like to think of myself as a hyper sorcerer of chia. with my magical xeons.
if I could just win 2 dang chia.

Whats your setup and what is your best plot time?

send the xpg’s back if you want fast plotting times you have to go for at least wdblack sn750 series.
nvme options
-wd750sn
-samsung 970 evo plus - 970 pro - 980 pro
-intel P series.
The most important thing about fast plotting is sustained writing speed. otherwise it is impossible to plot fast. I have 2x xeon 2620v1 and single wd sn750 and it take 56min to create a plot with madmax.

So, you are getting 30 min plots on a machine with 2x 5690’s? I currently have the same setup. Wondering if it’s worth it to buy another 64GB or ram to throw into this server and put on of my NVME’s in to plot with. Only thing holding me back from running this setup is my mobo is an X8DTN. Stuck with PCIe 2.0. What version of PCIe is on this x5690 setup that you’re talking about? Also, what speed is your RAM clocked at on this machine?

im on the same boat. thinking of buy more ram.

I just bought another 64GB DDR3 on ebay 10 minutes ago lol. Hope I didn’t make a stupid mistake because of the PCIe 2.0… I think I should be ok… Picked up an Asus Hyper M.2 single kit to use for the NVME. Gonna throw it in my last PCIe slot and see how it goes.