Where is the bottom

Any technical analysis as to where the bottom is? Is this the all time low as of now?

Idk, but this past week has been pure fucking PAIN!!! All I know is that the the Chia team better start “caring about prices”, else their 20,000,000 XCH prefarm is gonna be worth $200… I wanna know… If we’re already down 95%, or however far down we are in a BULL MARKET, wtf is Chia gonna look like in this coming bear market???

this past week has been pure fucking PAIN

I do understand your pain, but I would relax and have those that are sitting on the pre-farm worry. That is where the biggest loss is. If people are not jumping ship there, maybe we are still sailing.

0 is always the bottom.

From my point of view we have 3 issues here.

Chia can’t be easily bought and sold yet. Therefore a lot of people stick to other cryptos.

I would add to that, that chia is also hard to farm (comparing to other crypto), thus some folks like you and me that are trying to join right now are being discouraged. Just look at how frustrated are some of the people that post here. Also, it looks like a bunch of folks are switching to raptoreum, as that is just plug and play setup.

keeping the coin price low as it is going to be a deciding factor on the IPO share price. If the coin is at 100 dollars I could buy into the company and get 10 times as many shares as if the coins were at 1000 dollars.

Are you saying that VCs that invested $70m really want to have you buy “10 times as many shares” rather than pocket that chunk themselves? Interesting concept and rather foreign to Silicon Valley, I have to say.

You do realize that when company goes IPO, company employees cannot sell their stock for about 6 months; however, the original VCs are selling it day one.

Since I posted this, it has dropped another 25 to 30… The bottom fell out. WTF

I have no appetite for further exposure to XCH as the coin price has been in decline ever since I got involved. Of course, when there are signs that the bottom has been reached my interest may grow. I have no idea when that will be or if I will catch it at the right time though.

Any predictions of where the bottom is?

So it happened… XCH at under $100… under 90 even but the Network size is not going down.

I was planning on $20 XCH from the start. Time for the Robinhood peeps to abandon ship.

I wouldn’t expect it to, smart ppl carry on farming, not rage quit.

@69chargr I doubt it’ll go so low, when that price was guessed, they didn’t think network would be so large.

Are you saying that VCs that invested $70m really want to have you buy “10 times as many shares” rather than pocket that chunk themselves? Interesting concept and rather foreign to Silicon Valley, I have to say.

You do realize that when company goes IPO, company employees cannot sell their stock for about 6 months; however, the original VCs are selling it day one.

Not claiming that it is in the interest of the VC(Venture Capitalists). But it could be of interest to any other party that’s late to the game and wants to get in during IPO as cheap as possible. Could be even some of those big chia farming companies. Realising profits by dumping their Chia early on at those inflated prices. Then reinvesting those profits into Chia Inc. shares.

Not when the price is so low that it’s loss making due to electricity costs. (And I’m mostly 8TB and higher drives) 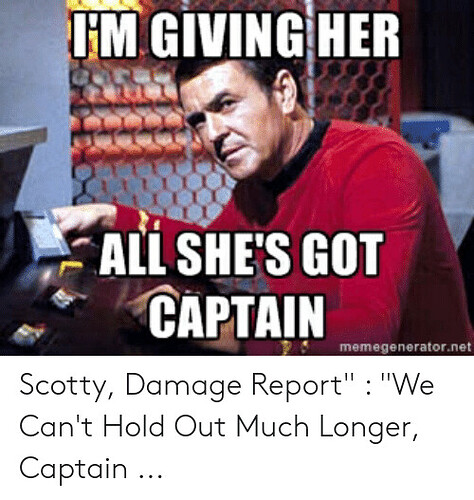 Lol, when btc drops in price does hashrate?
No, ppl don’t sell and hold.
Not my first, second, or 40th rodeo!